In November, even before his investigation aired, Mr. Aymaq, 22, posted on Facebook that his home and car had been damaged. By New Year’s Day, he was dead — gunned down by four armed men in a car near the radio station he managed in Ghor Province.

His murder became the genesis of an unfolding tragedy, one that would lead to the deaths of the council member in question and three of Mr. Aymaq’s relatives and the kidnapping of three other relatives before it was over.

In a country where thousands of civilians are killed and maimed every year and the justice system is notoriously corrupt and ineffective, the cover of war and civil strife are used by extremist groups to carry out vendettas.

Such attacks, exacerbated by tribal or political disputes, have become even more common during a campaign of targeted assassinations that has swept through Afghan cities over the past year — and anti-government insurgents are not the only ones taking advantage. Afghan and U.S. officials say people aligned with the government or political parties, as well as powerful families aiming to settle old scores, are responsible for some targeted killings.

The killings highlight a disturbing pattern of violence as the United States military prepares to withdraw from Afghanistan, and have added to fears that more death and chaos will follow — in similar fashion to the civil war that fractured the country a generation ago.

In the weeks before his death, Mr. Aymaq had told colleagues he had gathered evidence of weapons and drug smuggling by Ezatullah Bik, a provincial council member. That evidence was incorporated into a broader report on corruption within the Ghor provincial council, broadcast in mid-December by a radio station in Kabul, local officials and journalists said.

The report reignited a longstanding vendetta over land between the families of Mr. Aymaq and Mr. Bik, local officials said.

The council member reacted angrily and told colleagues he blamed Mr. Aymaq for the entire investigation, according to officials and journalists.

Two weeks after the reporter was killed, Mr. Bik was dead, too.

He died of wounds suffered during a shootout on Jan. 14 with National Directorate of Security agents who went to arrest him at his home in connection with Mr. Aymaq’s death, the police said. Three of Mr. Bik’s bodyguards were wounded in the clash, said Fazlulhaq Ehsan, head of Ghor’s provincial council.

The National Directorate of Security office in Ghor declined to comment.

Then came the targeted killings on Feb. 25 of the slain reporter’s relatives in what the police said was a revenge attack.

This type of vendetta killing is a pattern, said Abdul Basir Qadiri, a member of the Ghor provincial council. “When people see a rival tribe become powerful, they join the Taliban or kill the leader of the rival tribe so they can remain the only powerful family in that area,” he said.

Mr. Aymaq’s brother, Sebghatullah, 28 — a police officer — and his cousin, Gol-Ahmad, 35, were shot and killed during the attack on Sebghatullah’s home in the village of Tigha-e-Timor, the police said. Also killed was Mr. Aymaq’s 13-year-old niece Arefa.

Last year, 707 civilians were killed and 541 were wounded in targeted killings — a 45 percent increase over 2019, according to a United Nations report published Feb. 23. Almost all those attacks remain unsolved or have not been investigated. The U.N. report said of victims’ family members: “Many knew little if anything about whether an investigation was being undertaken.” 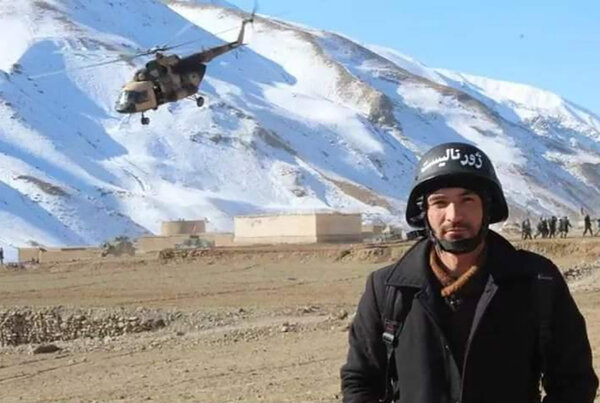 In many targeted killings, officials say, attacks that appear related to the victims’ work or position are also enmeshed in local grievances and disputes, complicating family efforts to find out what really happened to their loved ones.

“These killings appear to be premeditated and targeted,” said a separate U.N. report, published in February, that focused on an upsurge in killings of journalists and human rights workers. In nine of 10 such deaths, the report noted, “impunity for such violations and abuses is total.”

From January 2018 through January of this year, 33 journalists and 32 human rights workers were killed in such attacks, the report said.

No group has claimed responsibility for other journalists and human rights workers killed since September, including Mr. Aymaq. The Afghan government has blamed the Taliban for many such killings, but the militants have denied involvement.

The absence of claims of responsibility is “exacerbating further a climate of fear,” the U.N. report said.

Lala Gul, Mr. Aymaq’s brother and a police investigator in Ghor Province, said his relatives were killed and kidnapped to prevent any retaliation.

“Sebghatullah was a courageous police officer,” Mr. Gul said of his brother. “They thought Sebghatullah would take revenge on them, so they killed him.”

As a police officer, Mr. Gul said, he realized the difficulty of bringing anyone to justice in cases involving powerful local officials and the Taliban, especially in a remote province like Ghor.

Mr. Parsa, the police spokesman, said no arrests had been made in the killings or kidnappings of Mr. Aymaq’s relatives.

“No, we could not arrest anyone accused of killing the Aymaq family,” Mr. Parsa said. “But we are trying to find them.”