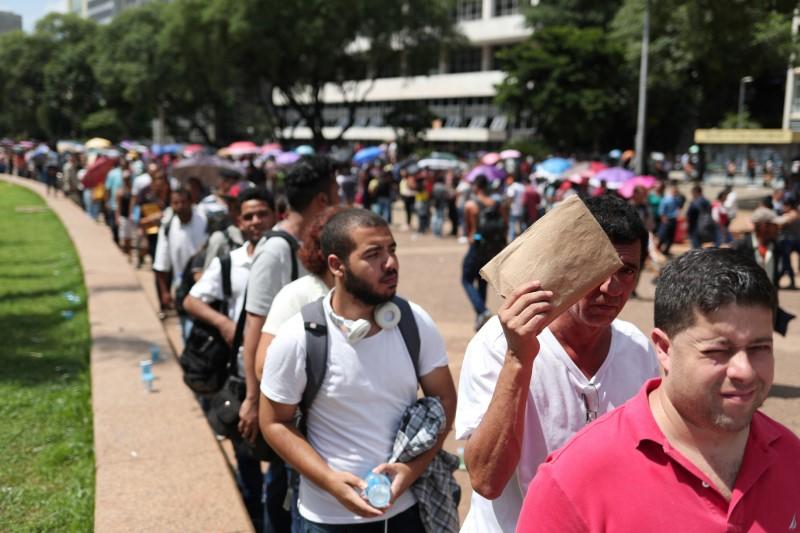 GENEVA (Reuters) – The global unemployment rate has stabilized after declining for nine years since the crisis, the International Labour Organization (ILO) said on Monday, and it could edge up next year as the world economy slows.

“This means that the gradual decline of the unemployment rate observed between 2009 and 2018 appears to have come to a halt,” it said, citing a world economic slowdown, especially in manufacturing.

Even for those with jobs, it is becoming harder for many to live better lives, or exit poverty, a trend Director-General Guy Ryder described as “extremely worrying” with “very profound and worrying implications for social cohesion”.

“Persisting and substantial work-related inequalities and exclusion have prevented them (millions of people) from finding decent work and better futures,” Ryder told journalists.

The ILO said that about 470 million people in total have insufficient paid work, a new data set which includes not only the unemployed but also the under-employed and those lacking access to the labor market.

The report noted the difficulties faced by young people in getting jobs, with 22% of those aged 15-24 not in employment, education or training.

It also noted the rate of female participation in the workforce remained at just 47%, 27 percentage points below the male rate. “We are not going where we want to go,” said Ryder, referring to a commitment by G20 leaders in 2014 to reduce the gender gap in the workforce.

The pregnant child caught in a media storm