North Korean leader takes questions from foreign reporters during his summit with US President Donald Trump in Hanoi. 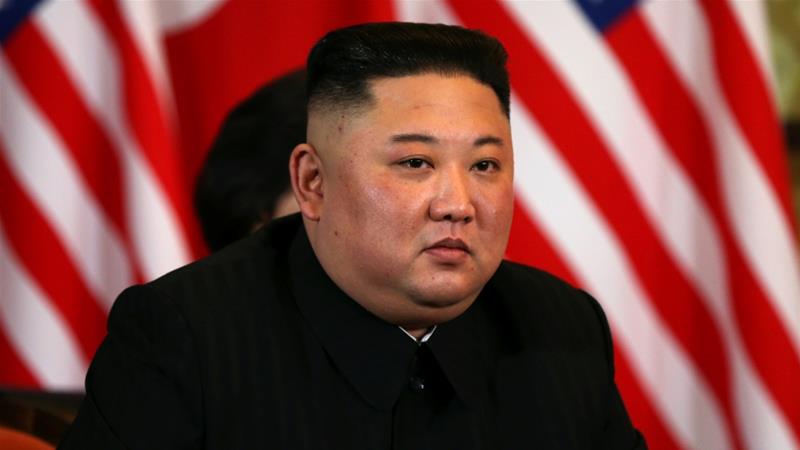 Some 3,000 journalists from 40 countries descended this week in Vietnam’s Hanoi to cover the second summit between North Korean leader Kim Jong Un and US President Donald Trump.

On Thursday, at the start of the second day of high-stakes talks on denuclearisation, one of them shouted at the North Korean leader.

“Chairman Kim, are you confident?” David Nakamura, of the Washington Post, asked as the two men sat down before a one-on-one session.

What followed was almost certainly unprecedented.

“It is too early to tell. I would not make a prediction,” Kim said, after leaning back slightly to hear his interpreter’s whispers. “But my instinct is that good results will come out,” he added in his typically gravelly voice, in what was believed to be his first ever response to a foreign journalist.

South Korea’s Unification Ministry, which deals with North Korean affairs, could not confirm whether it was the first time Kim answered a question from a foreign reporter. But journalists did not get opportunities to ask questions of Kim during his three summits with South Korean President Moon Jae-in and his four meetings with Chinese President Xi Jinping.

Kim ignored questions shouted at him during his first summit with Trump last June in Singapore. In an earlier brush with foreign media at the opening of a war museum in Pyongyang in 2013, questions were shouted at him but not answered.

Later on Thursday, as if to prove his earlier response was not a fluke, Kim did it again.

As journalists were allowed to see the beginning of the final day of talks, Kim replied to several more questions from reporters in the White House pool – but observers cautioned against interpreting it as representing a new openness on the part of Pyongyang.

“I think it is something that is worth welcoming,” Kim said when asked about the possibility of a US liaison office being opened in Pyongyang.

He also said through the interpreter that he “would not be” in Hanoi if he were not willing to discuss denuclearisation – prompting a remark by Trump as well.

“Good answer. Wow. That might be the best answer that you’ve ever heard,” the US president said.

And when the reporters asked Kim if the two leaders would be talking about human rights, which he is accused of abusing, Trump jumped in again: “We’re discussing everything,” he said.