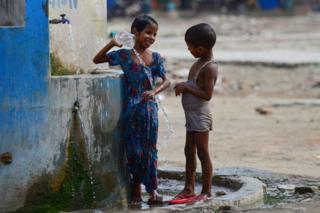 India is reeling from an intense heat wave with temperatures crossing 45C in many parts of the country.

Churu, in the northern state of Rajasthan, is India’s hottest city – temperatures there soared to 50.8C on Sunday, the meteorological department said.

It has put Rajasthan and the central state of Madhya Pradesh on alert for “severe heat wave conditions”. Both states often record some of the highest temperatures at the peak of summer.

But this year has been particularly scorching in other places, too, from the northern plains to the Deccan plateau in the west and the south.

The unrelenting heat has been hardest on the homeless, as well as those who have no choice but to keep working despite the soaring temperatures – such as street vendors, traffic police and rickshaw drivers. 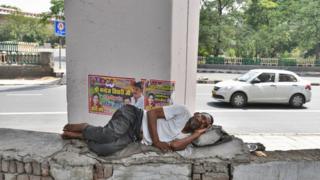 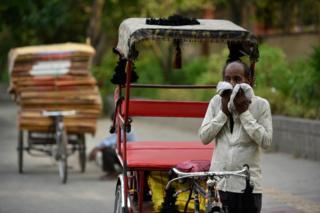 Then there are the thousands of delivery staff powering Amazon or food delivery apps such as Swiggy – they often ferry food from restaurants as people are not keen to leave their homes and offices to brave the heat. 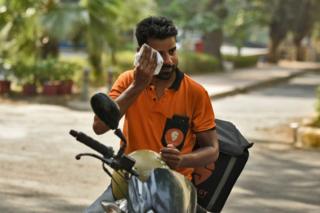 At least seven Indian cities and towns are on Monday’s list of the world’s 15 hottest places on weather website El Dorado. The remaining eight are in Pakistan, where Jacobabad – at 51C – is being called the hottest place on Earth.

India’s meteorological department has said the heat wave is likely to continue for a few more days as the monsoon is delayed. 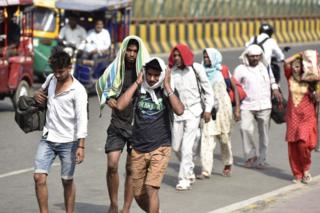 Volunteers in some Indian cities have taken to distributing water and other cold drinks for free at traffic lights or on the side of the road. 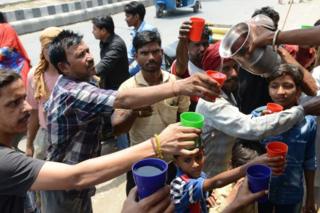 Even police in the capital Delhi are taking shelter under umbrellas as they check vehicles. 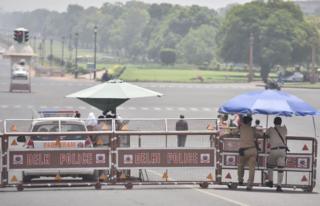 With temperatures climbing, some cities have reported acute water shortage.

But in others – such as Amritsar in the northern state of Punjab – public pools have offered some relief. 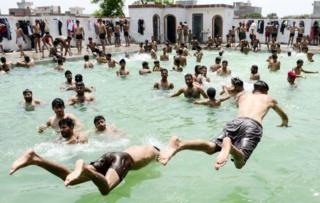 These children in Delhi were pictured enjoying a cool bath in the afternoon. 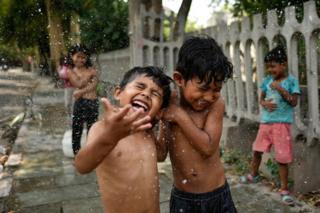 All images from Getty.

Singapore land went from being carbon absorber to emitter due to clearing of forests: Report