Hundreds of thousands of migrant laborers began long journeys on foot to get home. Most live and eat where they work, and the shutdown made them suddenly homeless. 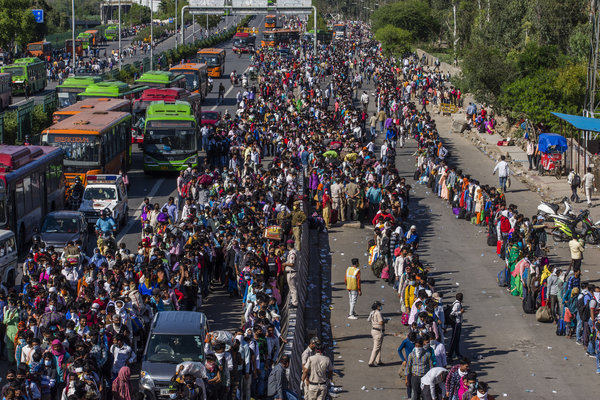 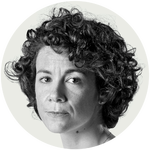 NEW DELHI — In one of the biggest migrations in India’s modern history, hundreds of thousands of migrant laborers have begun long journeys on foot to get home, having been rendered homeless and jobless by Prime Minister Narendra Modi’s nationwide lockdown to contain the spread of the coronavirus.

In the capital, Delhi, thousands of migrants, including whole families, packed their pots, pans and blankets into rucksacks, some balancing small children on their shoulders as they walked along interstate highways. Some planned to walk hundreds of miles. But as they reached the Delhi border, many were beaten back by police.

“You fear the disease, living on the streets. But I fear hunger more, not corona,” said Papu, 32, who came to Delhi three weeks ago for work and was trying to get to his home in Saharanpur in the state of Uttar Pradesh, 125 miles away.

So far, 980 people have tested positive for the coronavirus in India, with 24 dead, according to officials.

Over the weekend, just one of India’s 36 state and territorial governments, Uttar Pradesh, made arrangements to bring migrants back home, commissioning a handful of buses. Migrants waited in lines miles long on the outskirts of Delhi to board them, and the overwhelming majority were turned away.

India already had one of the world’s largest homeless populations, and the lockdown may have tripled it overnight, workers for nongovernmental organizations say. A 2011 government census put the number of homeless at 1.7 million, almost certainly a vast underestimate in this country of 1.3 billion.

The lockdown, which includes a ban on interstate travel, was announced with just four hours’ notice on Tuesday, leaving India’s enormous migrant population stranded in big cities, where jobs lure them in vast numbers from the countryside.

Many of them live where they work, at shops and construction sites, with their employers providing meals. As businesses closed because of the lockdown, hundreds of thousands if not millions of people across India lost their only home and regular source of food.

Soup kitchens across Delhi are now overwhelmed, with demand estimated to have tripled, and fights have been breaking out. The government has given no explicit instructions for dealing with the stranded migrants, and police officers have beat them as they tried to reach soup kitchens or approached Delhi’s border.

“In the absence of a clear policy, the migrants have been left to the whims of police. And there are instances where the police treat them inhumanely,” said Ashwin Parulkar, a senior researcher specializing in India’s homeless population for the Center for Policy Research in Delhi.