SINGAPORE/LONDON (Reuters) – China’s recovery from the coronavirus outbreak may hold investable lessons for the rest of the globe, according to fund managers who are closely watching – and have begun cautiously buying – in the world’s second-biggest economy. 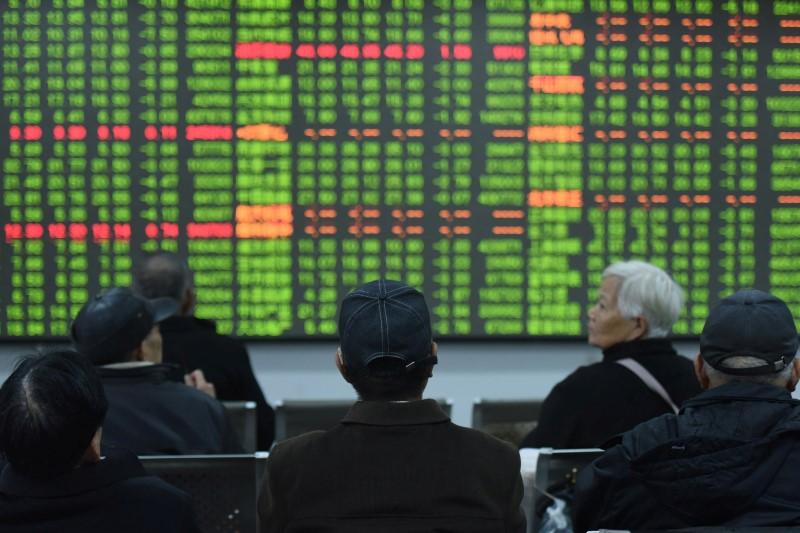 With the worst of the outbreak yet to come in many countries, including the United States, new infections appear to be trailing off in China and businesses are gradually getting back to work.

Money managers are studying everything from subway patronage to noodle consumption – to understand the society and economy that is emerging from lockdown, as both a portent of what may be to come in the West and as a proving ground for new trades.

“What happens in China is incredibly important to how global markets react over the next few months, both in terms of the progress of the virus and how quickly the economy is bouncing back,” said Sydney-based fund manager Geoff Wilson, who runs A$3 billion ($2 billion) in assets.

After observing that even as lockdowns lift in China, people are staying in and going online for entertainment, his fund has raised its stake in Chinese internet juggernaut Tencent, and increased exposure to similar stocks elsewhere.

Some see opportunities in construction or commodities, while others are staying on the sidelines.

“Everything is up in the air,” said Chi Lo, Greater China economist at BNP Paribas Asset Management in Hong Kong.

“From the usual industrial output to high-frequency data, to even travel by train or air traffic, we have to look at it now just to make sure we are kept abreast of what’s happening.”

FROM CHINA WITH HOPE

The virus itself is the main focus, with palpable fear of a second wave of infections, as occurred in the 1918 Spanish flu pandemic, stymieing the recovery at home and abroad.

China now accounts for less than a tenth of worldwide coronavirus infections, 7% of deaths and barely any of the new daily cases. Yet the re-introduction of some restrictions on movement this week underscores the fragility of that position. Companies and consumers remain on edge.

There are also worries about the impact of a global demand shock on China’s exporters, even if factory activity unexpectedly expanded last month, albeit marginally, after a collapse in February.

Which is why most investors are seeking out longer term bets and seem to be relying more on their own contacts and intuition to assess the strength of the recovery.

He has increased exposure to China in the $3 billion in funds he manages, and, while he cautioned against drawing too many parallels, said the trend of rising internet use that had buoyed holdings in Tencent and Alibaba would probably travel.

Tencent is an online conglomerate comprising online gaming, e-commerce and social media arms, while Alibaba is primarily an online retailer. U.S. firms such as Facebook, Apple and Google are likely beneficiaries of the same trends, Gillan said.

“The feedback from China…is that people are going back to work, but they’re not necessarily going out on the town. So they’re staying home and they need entertainment – gaming should be a key beneficiary of that trend,” she said.

“That confirmed a thesis we were thinking about anyway, that we might see some permanent changes in behaviour.”

Price movements have put such bets in the black, but cash flow data paints a more complex and cautious picture.

Alibaba Group Holding Ltd (BABA.N)(9988.HK) is up about 10% from lows a few weeks ago, while Amazon and Activision have seen similar rallies.

Some $7 billion in funds flowed in to Chinese equities through the second half of March, according to EPFR Global, the biggest two-week surge in five years.

Yet that came with exchange data showing record outflows for the month as a whole, and with analysts ringing alarm bells that China’s economy likely shrank in the first quarter for the first time in 30 years.

Bank of America on Thursday cut its full-year growth forecast for China from 1.5% to 1.2% – compared with 6.1% for 2019 – forecasting a deeper and longer slump in global demand.

“You can say China is operating back to normal but it doesn’t operate in self-isolation,” said Kunjal Gala co-portfolio manager, Federated Hermes, who has added a little to positions in China and South Korea, but cautiously.

“Both of these countries are not safe, as both have bet on exports, and with the U.S. and Europe slowing down because of this lockdown, demand is going to be fairly subdued.”