SINGAPORE – Front-line workers and their families got to tour the Japanese garden at the Istana on Thursday (Aug 26), and check out the enhanced features, including the rock garden, water cascade and pine forest.

The 25-year-old waste-truck driver was there with his wife and two daughters, who are turning two and three this year.

“We got to talk to the President, and she asked about my children. They liked the garden and were running around,” he said.

His wife, Ms Nur Fatinah Azizan, 25, said that because of Covid-19, they rarely got to go out with the children.

The enhanced garden, which will be opened on Aug 28 to ticket holders as part of the National Day Istana Open House, was launched on Thursday afternoon by President Halimah Yacob.

“What strikes me most about the enhancements is how peaceful and close to nature one feels when you are walking around (the garden),” said Madam Halimah.

“Visitors will truly enjoy the experience this unique garden provides, where tranquillity meets beauty and tradition.”

It is the first time the garden has been enhanced since it was completed in 1967.

A collaboration between the President’s Office and the National Parks Board (NParks), the garden also has a hand-crafted stone bridge, a traditional Japanese lantern and a pond resurfaced with black lava rock.

The enhancements were designed by Japanese landscape architect Junichi Inada, who was awarded the Public Service Star at the 2016 National Day Awards for his contributions to the greening of Singapore.

At the launch, Madam Halimah planted a Dacrydium elatum, a hardy tree which can grow to 40m tall. 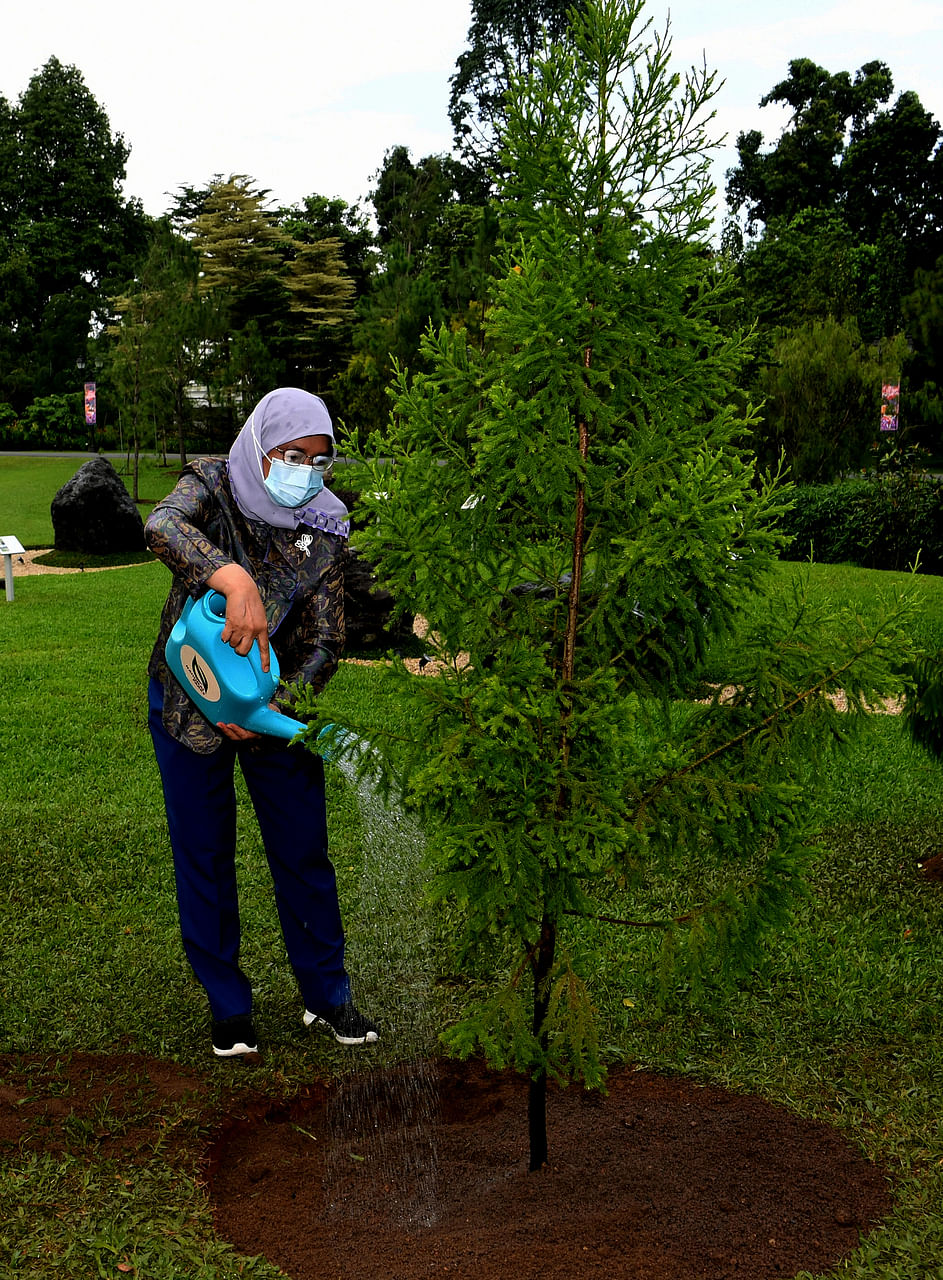 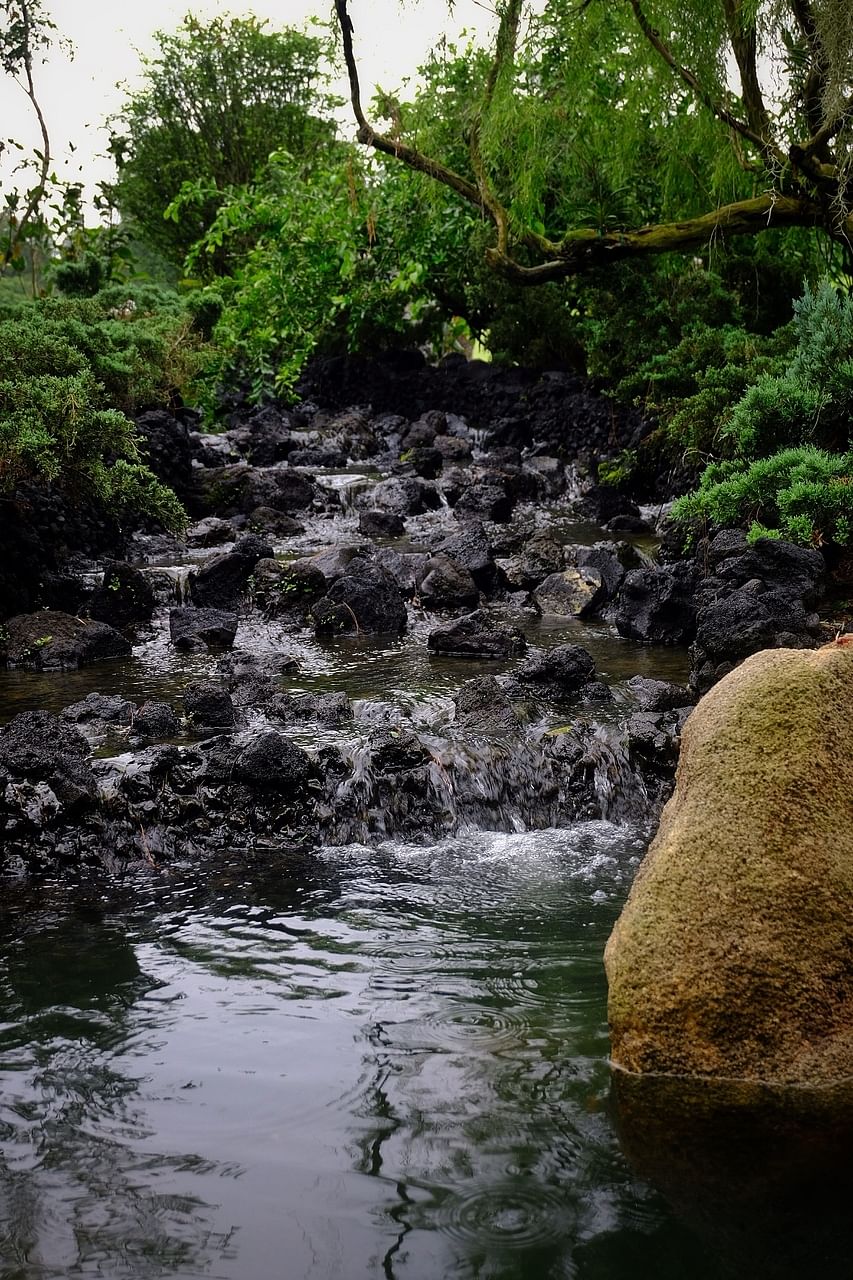 It was chosen as its flowy form is reminiscent of the Japanese landscape, said NParks.

The water cascade centrepiece has water flowing from a traditional Japanese basin into the pond.

Ms Bibi Mohamed, a cleaner at the State Courts, said: “I was so excited, I arrived early.”

“The garden is really pretty and we had fun talking to the President, who is very friendly,” added the 60-year-old, who was there with her two sisters.

Madam Ratha Palayian, a chaperone at a hospital, attended the launch with her husband and daughter.

“The garden, with the Japanese architecture, is beautiful and neat. It was nice talking to the President too,” said the 53-year-old.

Visitors on Saturday will also be able to visit the Inclusive Garden, which was mooted by President Halimah to cater to seniors, wheelchair users and people with disabilities.

The Istana will be implementing additional safe management measures over and above those currently practised in public parks.

Visitors will be required to keep their masks on at all times. Mask-off activities – such as exercising, eating and drinking – will not be allowed.

There will also be no performances, tours, booths or food trucks on the Istana grounds.

Safe distancing ambassadors, Istana staff and volunteers will be deployed to ensure that visitors adhere to safe management measures, the President’s Office added.

Ticket holders have to adhere to the time slot assigned to them.

The open house was originally slated for Aug 1, but was postponed with the tightening of pandemic measures.

Japan on brink of emergency as coronavirus spreads: government spokesman 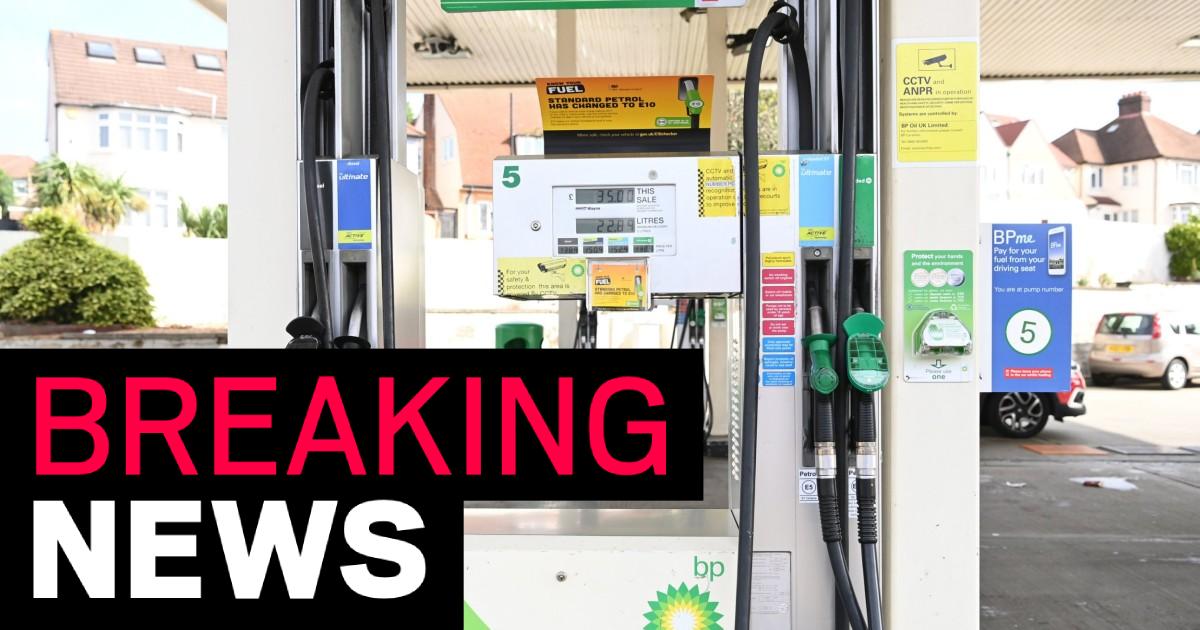