The group were waiting for what would once have been an unaffordable luxury in this rural corner of the country — a taxi to take them shopping and to doctors’ appointments in the county seat 20 minutes away.

But even the poorest among them could easily afford this ride. Each passenger’s share of the total fare would be measured not in dollars but in cents.

Their village is in Seocheon County, the birthplace of the Taxi of Hope, better known as “the 100-won taxi.” A hundred won is about 9 cents.

Back in 2013, the county faced a crisis. As its population declined, so did the number of bus passengers, which led to unprofitable routes being canceled. Then bus drivers went on strike. Where once there had been three buses a day, suddenly none came at all, stranding those who did not own cars in remote hamlets.

The county’s solution? Let people call taxis to isolated villages where so few lived that no bus company wanted to serve them. The taxis would charge passengers only 100 won for short trips, with the county government picking up the rest of the fare.

While the service is most popular with older, low-income residents, anyone whose hamlet is more than 700 meters (2,300 feet) from the nearest bus stop can call a 100-won taxi when they travel to markets in nearby towns.

The idea proved so successful that soon, with the backing from the national government in Seoul, Seocheon’s solution spread to other counties, helping revolutionize public transportation in rural South Korea. 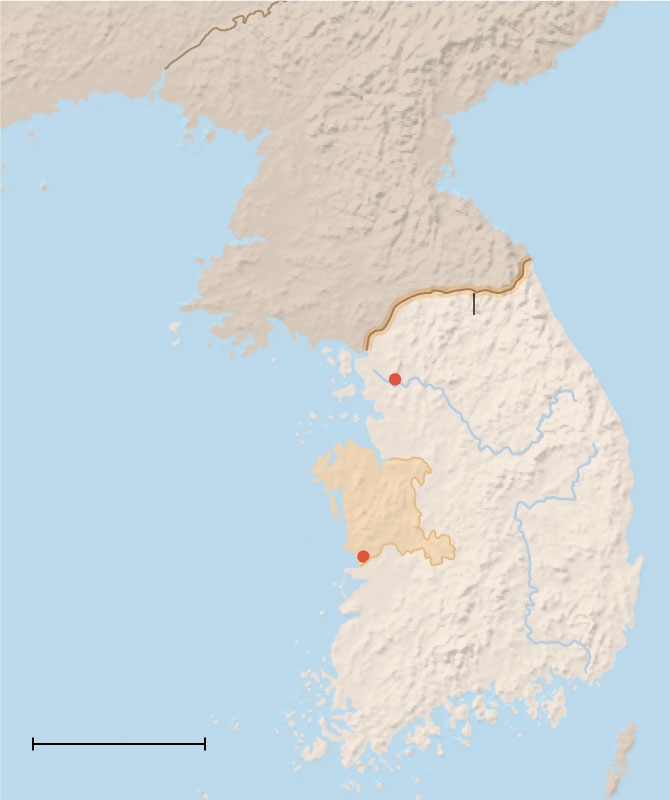 “The taxi now drives me all the way to my doorstep,” Ms. Na said. “You can’t imagine what it was like in older days when I had to haul my shopping bag all the way from the bus stop to my place. It killed my legs, but there is no one around here to help old folks like me.”

For years, South Korea has reported one of the lowest birthrates in the world, creating a fast-aging population and causing strains in all aspects of society from its welfare budget to public transportation to schools.

The impact of the demographic shift is the most visible in thousands of rural villages whose young people, including Ms. Na’s children, have left for big cities for better-paying jobs. In Ms. Na’s village of Seondong,the number of households, once as many as 25, has declined to a dozen.

Government officials say supporting the 100-won taxi services is far more cost-effective than deploying subsidized buses to the tiny hamlets tucked between mountains where few people other than arthritic, retired farmers live — and building wider roads to accommodate those buses.

Park Kyong-su, 71, said going to the market once or twice a week by the 100-won taxi broke the tedium of living in Suranggol village in Seocheon. She sees her village of 12 houses, three of them empty, decay day by day.

“When it rained the other night, I heard part of an empty house next door caving in,” said Ms. Park, whose own home was well-kept, with farm gear hanging neatly on a wall and zinnias blossoming outside her gate. “We feel more isolated as the pandemic made it more difficult for our children to visit.”

Local taxi drivers have welcomed the program, too, because it brings extra income.

“I probably know more about these old folks than anyone else because I drive them two or three times a week,” said Lee Ki-yeop, 65, a 100-won taxi driver. “When one of them misses my taxi for a week or two, I know that there is something wrong with them.”

For Ms. Na and her friends, the taxi ride to Seocheon’s county seat, also known as Seocheon — and to another town where there is a farmers’ market every five days — is virtually the only time they venture out. In addition to picking up groceries and seeing their doctors, they exchange news with acquaintances from other villagers, like who was taken to a nursing home and who died.

Seocheon boasts two UNESCO World Heritage attractions — a centuries-old practice of weaving fine fabric from ramie plants, and its tidal flats teeming with marine life. Part of South Chungcheong Province, the county is also home to sogokju, said to be the oldest type of rice wine in Korea.

During the bird-migrating seasons, tourists from across South Korea drive to Seocheon to watch flocks of longbills, mallards and honking swans feeding on its tidal flats before flying onto Siberia.

But the county didn’t escape the upheaval that South Korea’s rapid industrialization wrought on its rural towns. Its ramie fabric industry declined, with most of South Korea’s clothes now imported or made of synthetic materials. People drink more imported wine and beer than sogokju.

Seocheon, the county seat, has all the looks of a fast-aging community. During a recent market day, its orthopedic and other medical clinics were jammed with elderly patients.

At the nearby bus and taxi stop, stooped, older passengers with shopping bundles sat under an awning like a row of birds, waiting for their buses or 100-won taxis to show up. A younger assistant in a yellow vest, deployed by the county administration, was busy helping them carry their bags on and off the taxis.

When Statistics Korea conducted a nationwide survey in 2010, a lack of public transportation was one of the biggest grievances for older villagers in rural South Korea who had neither cars nor children who could drive for them.

“It was especially difficult for old people to walk to the nearest bus stop when it snowed in winter or was scorching hot in summer,” said Noh Pak-rae, the top government official in Seocheon.

More than 2.7 million passengers used similar taxi services in rural South Korea last year, according to government data, some deploying the service for pregnant women as well. Since the 100-won taxi was introduced, people in remote villages have traveled outside twice as often, according to a government survey.

One of Ms. Na’s friends, Hong Seok-soon, 77, is a widow in Seondong village who lived alone after her three children moved away. On a recent day, she was all smiles as she carried a shopping bag full of fish and crabs from the market. She had even treated herself to a new pair of pants.

When asked what the shopping was for, she said, “My son is coming for a visit this weekend!”