TOKYO (Reuters) – Japan’s economy, which likely shrank in the third quarter, is set to grow more slowly in the coming year than previously thought, according to a Reuters poll of economists who cited the U.S.-China trade war as the biggest threat. 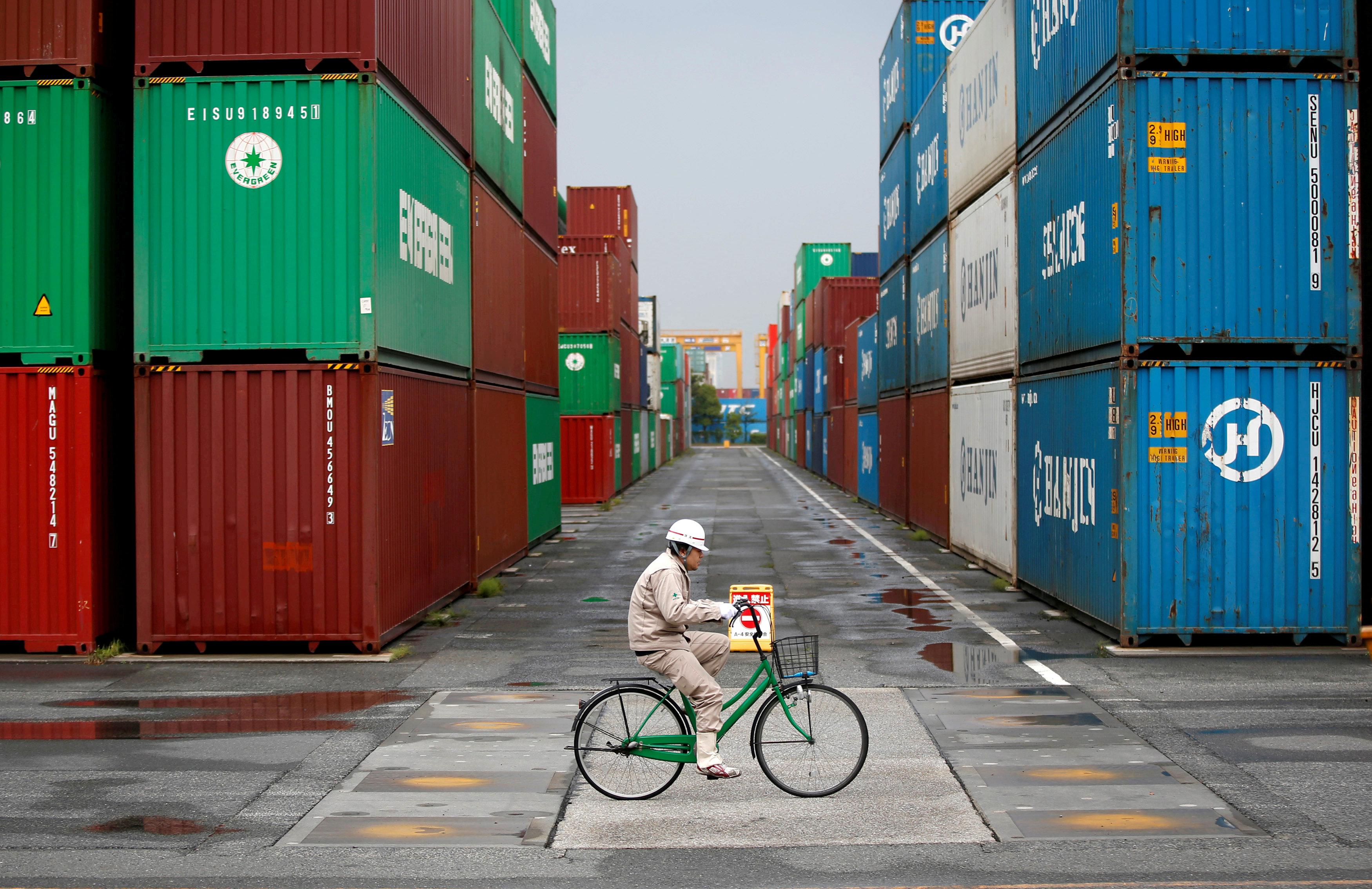 Nearly all economists, 33 of 36, said downside risks to Japan’s economy have increased compared with three months ago, the Nov. 6-12 poll showed.

One pointed to fallout stemming from further interest rate hikes from the U.S. Federal Reserve.

Japan’s place in the global supply chain makes it vulnerable to higher tariffs on U.S.-bound Chinese exports. Manufacturers in China use parts and equipment from Japan to make smartphones and computers, and Japanese factories in China also ship goods to the United States.

Japan’s economy is expected to shrink in the third quarter, according to a separate Reuters poll, hurt by a string of natural disasters and a slump in export demand.

But for the whole year through March 2019, they predict it will grow 1.0 percent, down from the 1.2 percent growth projected last month.

Looking ahead to next year, the world’s third-biggest economy will likely take a big hit in the fourth quarter — shrinking at an annual pace of 3.2 percent — when authorities plan to hike the sales tax to 10 percent from 8 percent, the poll showed.

The tax hike will raise revenue for increased pension and social welfare costs as the country’s population ages.

It is forecast to rise at the same pace – excluding effects of the scheduled sales tax hike – next fiscal year too.

The Bank of Japan is expected to keep its pledge to guide short-term interest rates at minus 0.1 percent and long-term rates around zero percent till the end of 2019, the poll found.

Nearly every respondent who answered an additional question said that the BOJ’s next move would be to tighten policy, not loosen it, but a strong majority said that wouldn’t likely happen until 2020 at the earliest.

The two most common replies on what steps the central bank would eventually take to tighten policy were to raise the 10-year Japanese government bond yield target or expand the range it allows the yield to trade.

But views were split on whether such cuts would boost overall consumer spending.

Japan’s mobile carrier NTT Docomo Inc (9437.T) plans to cut mobile charges by up to 40 percent in the April-June quarter following government criticism that fees are left artificially high due to a lack of competition in the industry.

Thirty-four of 37 economists believe cuts in mobile phone fees will push down the core CPI. Sixteen said that would boost consumption, while 18 said it would not.

“It could support consumer spending to some extent as people are conscious of the planned sales tax hike,” said Takashi Shiono, economist at Credit Suisse Securities Japan.

“But we don’t think it will have an effect on consumer spending as people will be inclined to save money.”

Doctor who caused patient's death during liposuction procedure in 2009 struck off from practice, case referred for probe by Public Prosecutor

Najib aware of funds put in his accounts: Prosecution