TOKYO (Reuters) – Japan’s Hoya Corp (7741.T) said on Friday it would make a $1.4 billion counter-bid for NuFlare Technology Inc (6256.T) in what could become a hostile offer for the Toshiba Corp (6502.T) unit, which the electronics conglomerate plans to buy out. 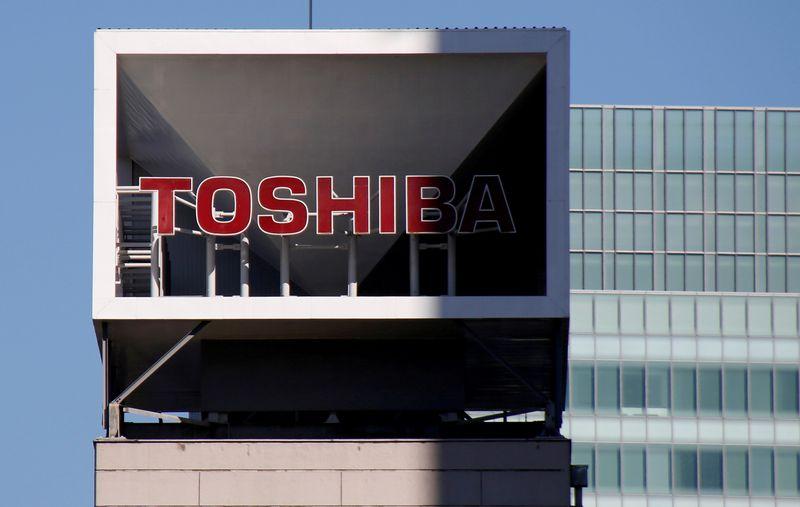 Hoya’s interest in the manufacturer of chip-making equipment further complicates a deal already being challenged by Japanese activist investor Yoshiaki Murakami, which has amassed a 6.2% stake.

With Hoya offering a sweeter deal, it could also become another test case for Japan’s corporate governance when it comes to seeking higher returns for shareholders. Hoya is offering 12,900 yen – or 1,000 yen more than Toshiba – valuing NuFlare at 147.7 billion yen ($1.4 billion).

NuFlare said Hoya’s offer was made without prior negotiation or consultation with NuFlare’s management.

“We will make our position clear after examining Hoya’s offer as well as other information,” it said in a statement.

Toshiba, which owns 52.4% of NuFlare, said last month it would launch a tender offer to buy the rest of the firm as part of efforts to overhaul its vast asset portfolio.

Funds owned by Murakami also own a 9.2% in Toshiba Machine (6104.T), NuFlare’s second largest shareholder with a 15.8% stake. Toshiba Machine has said it has not decided whether to tender NuFlare shares to Toshiba.

Hostile bids are still uncommon and seen as taboo in Japan, where many companies are shielded by cross-share holdings under which companies hold stakes in each other to protect management.

But as shareholders have become more vocal about getting higher returns and the domestic market keeps shrinking, a handful of companies have launched unwelcome bids to seek expansion.

Japanese stationary supplies maker Kokuyo Co (7984.T) recently made a hostile bid to take a majority stake in smaller rival Pentel. Pentel turned to a rival maker, Plus, as a white knight to thwart Kokuyo’s bid.

Travel agent H.I.S. Co (9603.T) launched a hostile bid in July to buy hotel chain Unizo Holdings (3258.T). That bid failed, since when Unizo has attracted global funds, such as Blackstone Group (BX.N), which are still negotiating with the hotel chain for the take over.

Hoya said it wants to buy at least two-thirds of NuFlare, meaning it would need Toshiba to sell at least part of its stake for the deal to go through. Hoya said the price was competitive enough to entice Toshiba to tender its shares.

But Toshiba said in a statement there was no change to its plan to make NuFlare a 100% unit, which it said was “the best option for maximizing NuFlare’s corporate value”. Its offer price of 11,900 yen had been agreed upon with a special committee set up by NuFlare and was “appropriate”, it said.

“While U.S. and European firms consider various options for restructuring, Japanese companies tend to fix upon only one. Once Toshiba decided to buy NuFlare, it doesn’t seem to have an alternative,” a Tokyo-based investment banker said.

Hoya would abandon its plans if it fails to take a minimum 66.67%, it said.

Toshiba’s plans to acquire NuFlare come as Japanese companies are under pressure to resolve conflicts of interest between publicly traded parent companies and their listed subsidiaries.