North Korea’s leader makes an unexpected appearance, saying he wishes for another joint concert in the autumn in Seoul.

North Korean leader Kim Jong-un and his wife Ri Sol-ju have joined hundreds of people who watched South Korea’s K-pop stars perform in Pyongyang for the first time in more than a decade.

The concert on Sunday was delayed by 80 minutes after Kim made the decision to attend the event in the North Korean unexpectedly, the Korea Herald reported.

About 120 dancers, musicians, technicians and martial artists arrived in Pyongyang on Saturday for two concerts – in a reciprocal visit after the North sent athletes to the Winter Olympics held in Pyeongchang.

Sunday’s concert will be followed by another one on Tuesday, the latter will be a joint North-South performance. 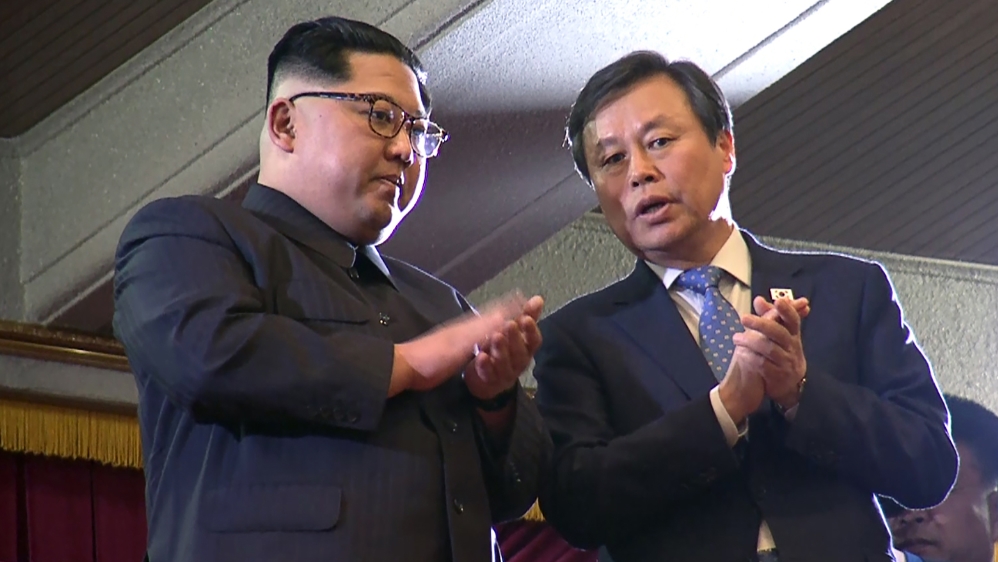 Kim shook hands with each South Korean musician and told the group that he wished for another joint concert of the Koreas in the autumn in Seoul, according to the Herald.

“I originally wanted to watch a concert on Tuesday, but I had other appointments, so I came today,” Kim was quoted as saying by a high-ranking government official, the Herald reported.

“The joint concert is meaningful, but watching just the performance by the South is also meaningful. [South Korean] President Moon Jae-in watched the joint concert [in Seoul], so it is right that I should watch at least the South’s concert.”

Kim is to meet Moon at a border village on April 27 and US President Donald Trump in May in separate summit talks. 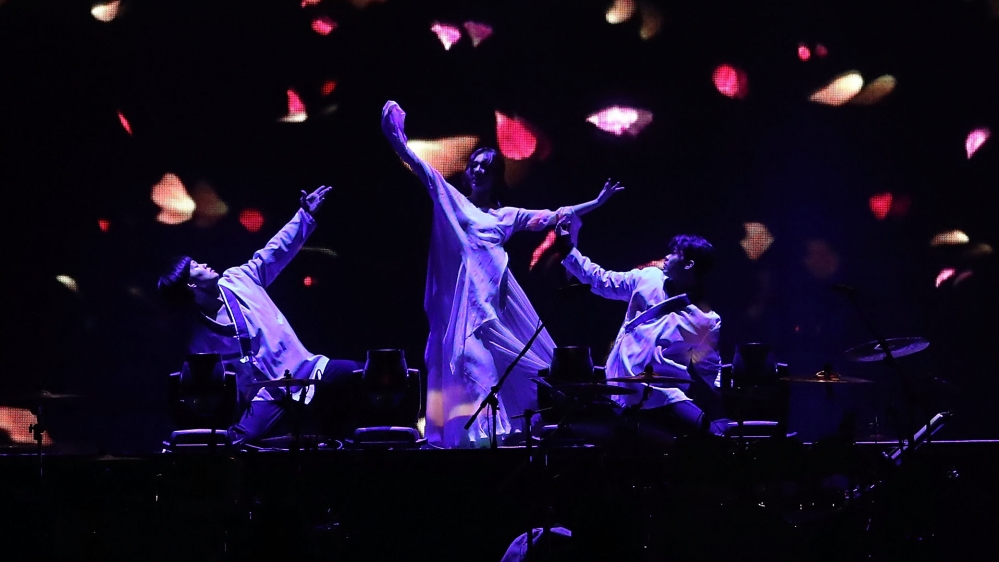 Also on Sunday, a joint military exercise involving US and South Korean troops got under way in South Korea, the defence ministry in Seoul said.

About 300,000 South Korean soldiers were participating in the four-week Foal Eagle training alongside more than 11,500 US troops, a spokesman for the ministry said.

The annual drills normally begin in late February or early March but were delayed this year due to the Winter Olympics.

The exercise has also been shortened from two months to one in support of the detente between Pyongyang, Seoul and the West, the spokesman said.

No US aircraft carriers or nuclear submarines were expected to join the drills.

North Korea has angrily denounced the military exercises in the past, but not this year.