LONDON (Reuters) – European Central Bank President Christine Lagarde faces her first major test on Thursday, as a panicked market awaits her plan to tackle the fallout from a coronavirus outbreak that risks tipping the euro zone into recession. 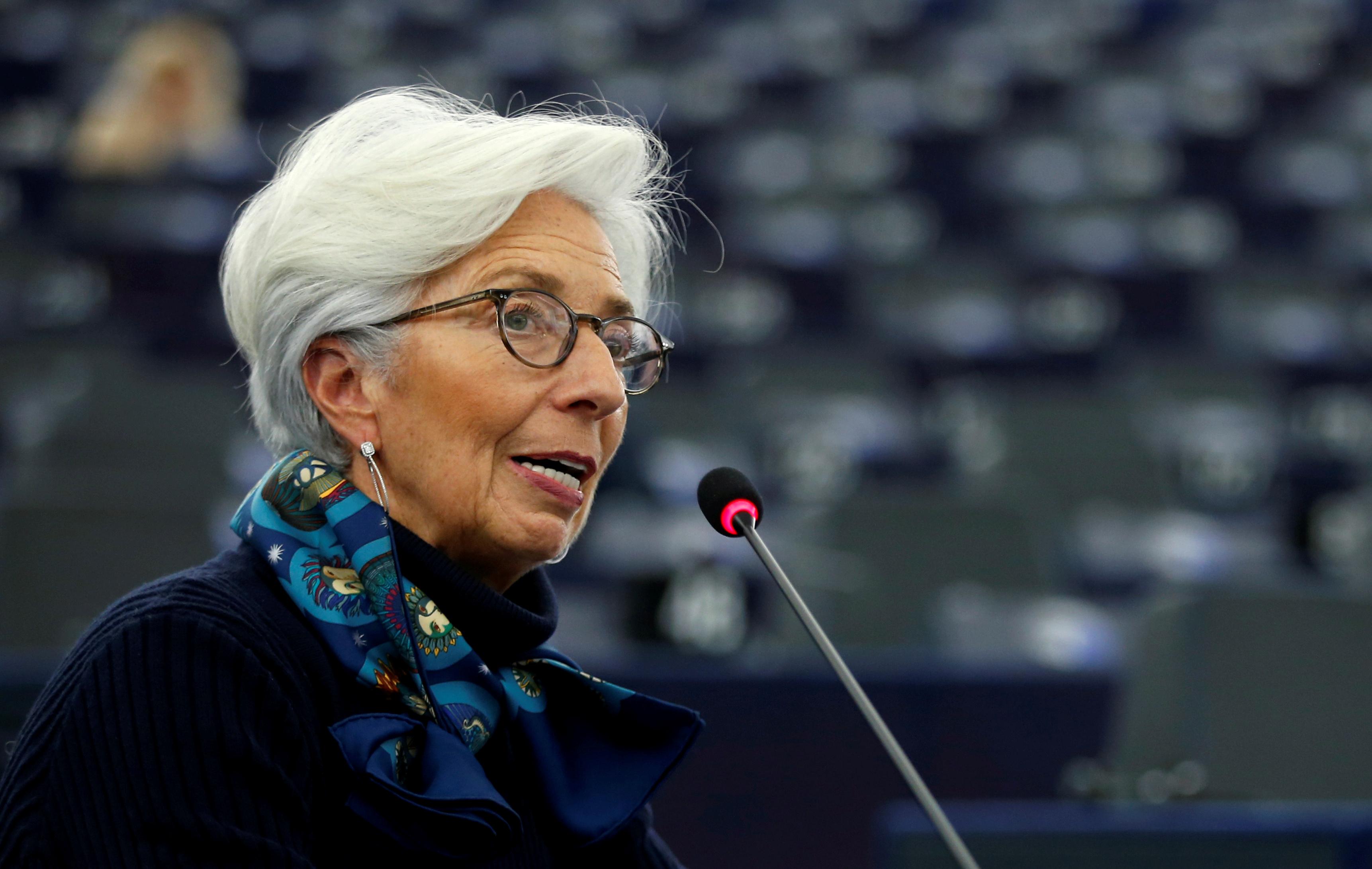 The ECB is under growing pressure to act fast after the Federal Reserve’s emergency half-point rate cut last week. And Lagarde, ECB head since November, must address a more personal pressure point too: will she command the same confidence of markets as her predecessor was famed for even at the trickiest of times?

“The March meeting will definitely be the first test case for Lagarde’s communication skills and her ability to steer markets,” said ING economist Carsten Brzeski.

Here are five key questions on the radar for markets.

1. Now the Fed has slashed rates, will the ECB follow?

Not so fast, perhaps. The Federal Reserve has more room for maneuver than the ECB. U.S. rates, even after the surprise cut, are 1-1.25%. The ECB’s deposit rate is at a record low at -0.5% and further cuts, many argue, would have limited impact.

ECB policymakers Robert Holzmann and Peter Kazimir have cautioned against a quick move and policy action was not on the agenda at an unscheduled ECB call last week to discuss the emergency response to coronavirus.

A majority of economists polled by Reuters do not forecast a rate cut this week.

But some are not ruling it out after the United States, Australia and Canada all eased last week. Markets price in a 10 bps ECB rate cut on Thursday; Commerzbank expects such a move and a temporary raise in monthly asset purchases.

2. What else can the ECB do in the face of coronavirus?

According to source-based reports, the ECB is preparing possible measures to provide liquidity to businesses hit by the outbreak. Markets will be watching for any announcements.

One idea under discussion is a targeted longer-term refinancing operation (TLTRO) – favorable loans for banks that require them to lend to households and businesses – directed at small- and medium-sized enterprises.

The ECB could look at various other liquidity measures to help banks and lending too.

But the challenge for policymakers is that their monetary policy arsenal has been depleted by years of extraordinary stimulus designed to lift weak growth and inflation.

While monetary policy can boost demand by lowering borrowing costs, it cannot repair disrupted global supply chains or convince people to fly or attend meetings, especially if governments or companies bar activities because of the virus.

Therefore, Lagarde may once again urge governments to take the lead and raise public spending.

“In the game of chicken with governments, the ECB always blinks first because it has an inflation mandate and with inflation expectations at record lows the ECB cannot sit on the sidelines,” said Rabobank head of rates strategy Richard McGuire.

3. By how much will the ECB cut its economic forecasts?

Latest ECB forecasts are due out on Thursday and the question now is by how much they will be lowered given the coronavirus impact that could tip the German and Italian economies into recession.

Capital Economics expect the ECB’s 2020 economic growth forecast to be reduced to around 0.8% from 1.1%.

How the ECB views the economic outlook is also key.

“It’s important if they describe the coronavirus shock as V- shaped or not,” said ING’s Brzeski. “If they describe it as V-shaped, then it will mean they are prepared to look past the current hit.”

4. What about ramping up the asset purchase program?

This option, while controversial, cannot be ruled out given wider bond spreads. In Italy, the center of the coronavirus outbreak in Europe, the 10-year bond yield gap over Germany is near its widest since August at 191 basis points DE10IT10=RR. Keeping borrowing costs down for governments could encourage them to support growth through higher spending. But the ECB is already nearing many of its bond purchase limits, complicating such a move.

It could also skew more of its buying towards corporate bonds, which economists say are a better means of supporting the real economy and eases pressure on government bond purchases.

“An alternative option could be for the ECB to commit to a (temporary) increase of monthly asset purchases, say from 20 billion to 30 billion euros, that would be entirely borne by private debt securities including corporate bonds,” said Frederik Ducrozet, strategist at Pictet Wealth Management.

“The idea would be to secure low(er) funding costs for the private sector as a backstop against a broader credit squeeze for a short period of time depending on the broader economic outlook.”

For an interactive version of the chart below, click here here

5. Is the ECB worried about euro strength?

Fed easing expectations have rapidly inflated Europe’s single currency. Lagarde may be asked if there is a level at which the ECB starts to fret about the impact of a strong currency on its exporter-reliant economy.

The euro has soared 5% in less than three weeks to its highest since last July EUR= versus the dollar. Measured in trade-weighted terms, which the ECB follows closely, the euro is up 2.4% since mid-February EUREER=ECBF, although only to levels last seen in November.

“The surge in the trade-weighted exchange rate of the euro over the past two weeks has been the largest in four years over such a short period of time,” said Pictet’s Ducrozet.

“More than the level of the currency itself, it is the volatility that will scare the ECB the most.”