Najib Razak accused of using his position for ‘gratification’ and for allegedly owning unexplained properties. 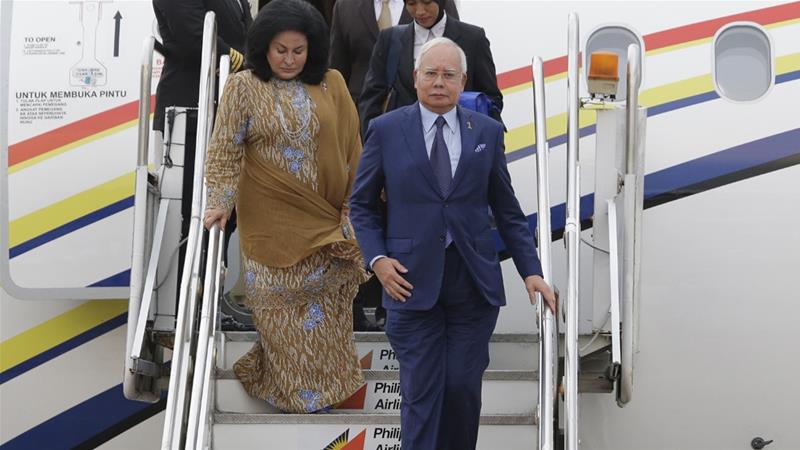 Two reports alleging wrongdoing have been filed against Malaysia’s former Prime Minister Najib Razak before the country’s anti-corruption commission, as the head of the agency announced his resignation on Monday.

The reports filed before the Malaysian Anti-Corruption Commission (MACC), accuse Najib of using his position as prime minister for “gratification”, and for allegedly owning unexplained properties, according to Malaysia’s The Star news website.

“The reason I am lodging the reports today is so that the MACC can take swift action,” Abdul Razak Idris, a former senior official of MACC, told reporters in Kuala Lumpur on Monday.

He also said he could file another report against Najib either before the MACC or with the police.

Abdul Razak said a “former boss” had urged him to file the report, but he declined to identify the person by name.

The latest development comes as the MACC chief, Dzulkifli Ahmad, submitted his resignation to the government chief secretary on Monday.

“The resignation letter has been submitted to Mahathir for approval,” Malaysia Kini news website quoted a source as saying.

Some of that money is alleged to have ended up in Najib’s personal bank account.

Najib has denied any wrongdoing and said the money was a donation from the Saudi royal family, which he had since returned.

On Sunday, Malaysian police cordoned off the residence of the former prime minister.

Prime Minister Mahathir also confirmed on Saturday that he had personally ordered the travel restrictions on Najib and his wife, and that he planned to replace the country’s attorney general.

“We have placed certain restrictions on a number of people who may be involved in wrongdoing or in making wrong decisions,” Mahathir told reporters.

During the campaign, Mahathir had repeatedly referred to his former protege, Najib, as a “thief”.

The 92-year old prime minister returned to power on Thursday following a victory of his alliance, Pakatan Harapan, on Wednesday, forcing Najib out after 11 years in power.

Following his removal from power, Najib announced his resignation as president of the United Malay National Organisation (UMNO) party and the once-ruling Barisan Nasional alliance.

Abe, Xi talk movies and football over a dinner of Kobe beef and Niigata rice