SINGAPORE – Motorists and pedestrians caught in flash floods this year may have spotted the yellow vehicles at the flood zone, flashing an LED warning about deep water ahead.

These vehicles are from a new fleet of 13 flood response vehicles, unveiled on Friday (Nov 19) alongside other enhanced forecasting and monitoring technology, that will help national water agency PUB respond to flood situations more quickly.

The flood response vehicles can move through water 70cm deep, slightly above knee level, and are fitted with cameras that relay real-time information back to PUB’s Joint Operations Centre. They also carry flood mitigation equipment that officers on board can use to set up flood barricades.

Flash floods in Singapore have generally not exceeded 50cm.

With monsoon season just around the corner, PUB acknowledged that climate change will bring about more frequent and intense rainfall, which could put a strain on the island’s drainage capacity.

“The ability to forecast and monitor impending heavy storms becomes more important than ever,” said PUB, as it announced that it had also doubled the number of radars monitoring and forecasting rainfall across the island from three to six.

“(This) creates a more robust monitoring network with greater coverage, improving the accuracy of our rainfall measurements and forecasts… enabling PUB to issue public alerts and deploy resources to potential flood locations in a timelier manner,” said the agency.

Each of the radars, in locations such as the Changi Water Reclamation Plant and Woodlands Newater Service Reservoir, covers a radius of 30km and is able to predict rainfall intensity 30 minutes in advance.

Machine learning, which involves computer algorithms improving automatically through experience and by the use of data, will improve the system’s accuracy to up to 80 per cent by early next year, from 65 per cent now.

“We are given 30 minutes to reach the site and be there before it floods or even before it rains,” said Mr Abdul Aziz Abdul Rahman, a senior assistant engineer with the quick response teams that use the new flood response vehicles. “We are chasing the rain.”

Flash floods in Singapore usually last for less than an hour and are caused mainly by intense deluges.

Although the quick response teams have been around for many years, officers used to drive to flood sites in PUB vans, noted Mr Lee Cai Jie, chief engineer of drainage operations at PUB’s Catchment and Waterways Department.

“Previously, the vehicles were not optimised for flood response. (The new fleet) is specially modified to be used for flood operations. Even when driving through the floodwaters, it will not stall. We can use it to block the roads, and to wade through the waters to render assistance to stranded vehicles,” said Mr Lee.

PUB has combined the data from the new vehicles and radars, including flood-detection tools such as water-level sensors and islandwide closed-circuit television cameras, into one integrated dashboard. This makes it easier for staff at the Joint Operations Centre to monitor and respond to flash floods.

Having all the information on one dashboard allows personnel to concentrate better and make faster decisions, without having to pull out different data sets, said Mr Lee.

Mr Yeo Keng Soon, director of the Catchment and Waterways Department, said that while improvements to Singapore’s drainage system is ongoing to help mitigate floods, it is impossible to cater to every extreme rainfall event and eliminate floods.

This is where better flood management efforts, such as forecasting tools and houses being equipped with suitable flood barriers, are vital. 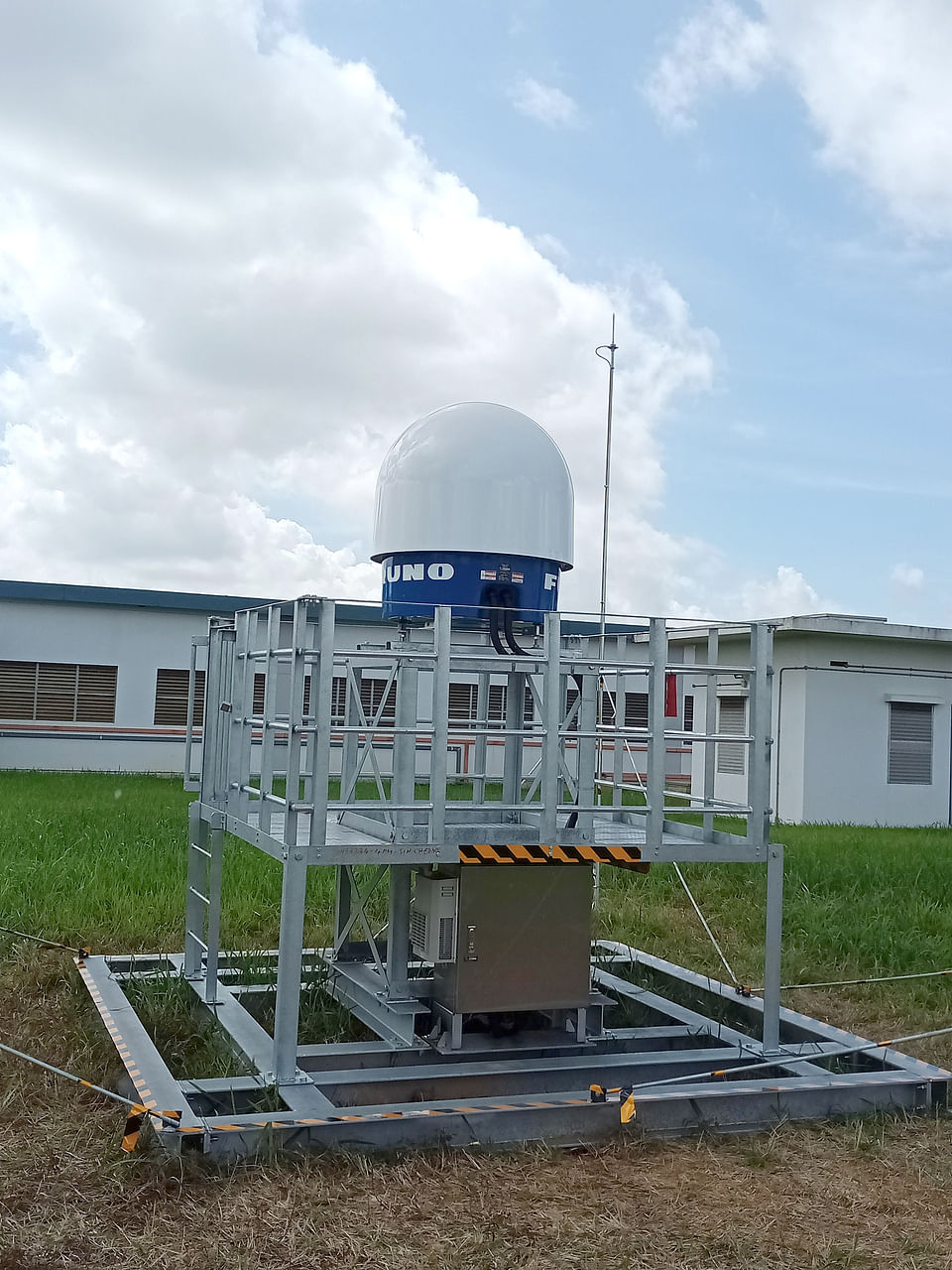 According to PUB’s website, 10 locations have had flash floods so far this year, mostly due to intense rainfall.

As at Sept 30, there were 31 ongoing drainage improvement projects and road-raising works, with eight more upcoming projects, according to the website.

Earlier this month, PUB raised a 450m stretch of flood-prone Dunearn Road to make it more resilient against flooding. The area raised is between Sime Darby Centre and just after Caltex petrol station. Dunearn Road has experienced flash floods three times so far this year.

The ongoing works include a new underground detention tank being built next to Syed Alwi Road to prevent flooding in the low-lying Jalan Besar area.

PUB has successfully trialled a new automatic flood barrier at a condominium in Tampines that it wants building owners at flood-prone areas to consider installing.

The 1m-high barrier, installed at the entrance of Fortune Park condominium, automatically rises when floodwaters enter an underground basin beneath the barrier. It does not need to be mechanically activated, and requires minimal maintenance.

It is also a more permanent solution to shield commercial buildings and apartment blocks from storm water, compared with PUB’s existing suite of portable flood barriers.

The agency will continue to enhance its flood response measures over the years as climate change leads to more erratic weather patterns.

Mr Lee said: “With the uncertainty of the climate, that’s the only way to move forward.”