LONDON (Reuters) – The West’s push to impose sanctions on Russia over an alleged nerve agent attack on President Vladimir Putin’s main political opponent is getting a familiar shrug of the shoulders from international investors, who view Moscow’s finances as just too strong to be cracked. 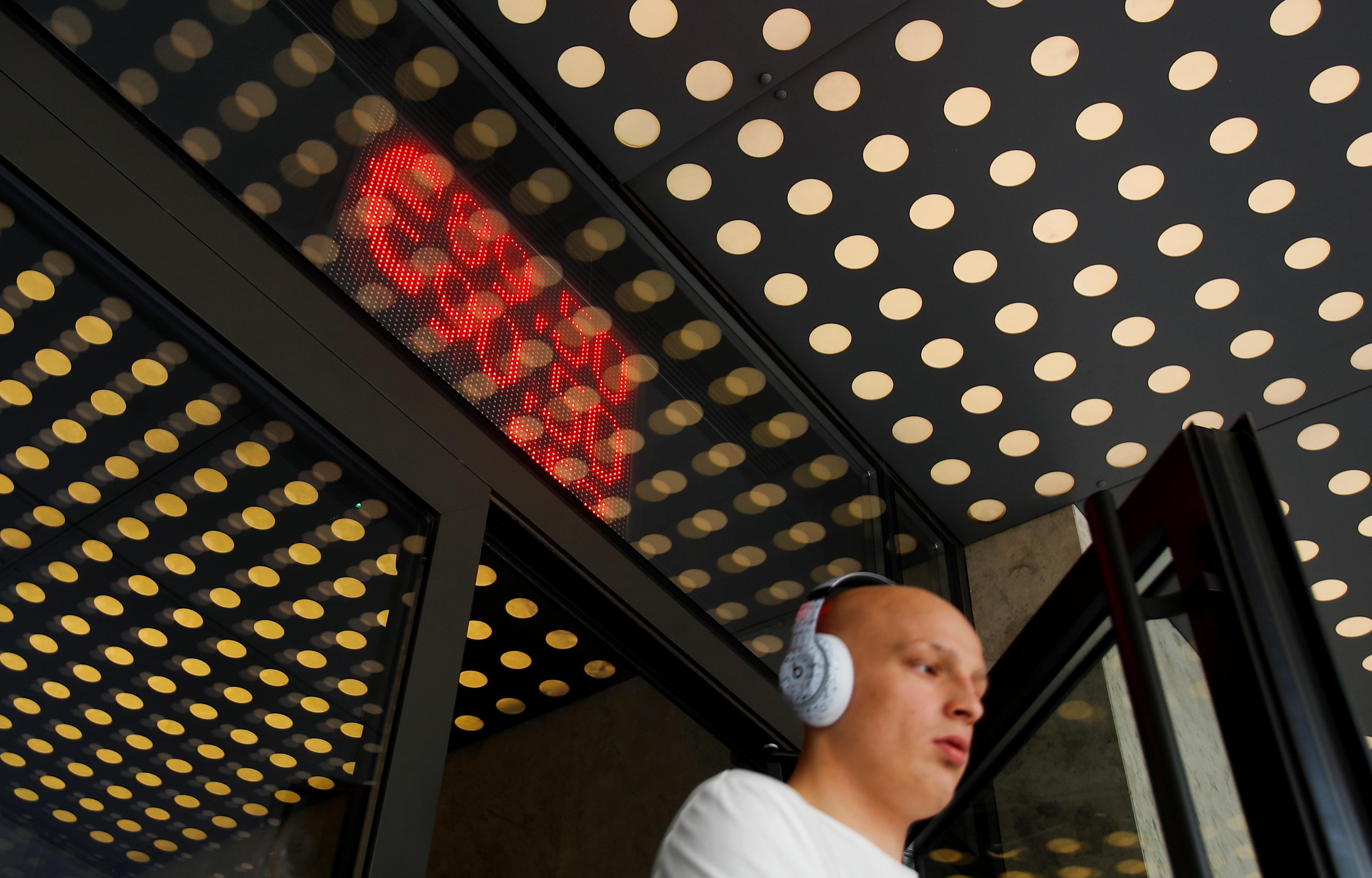 November’s U.S. election could be a game changer but, for now, money managers are drawing on experiences of the 2014 Ukraine crisis and 2018’s Mueller report and Skripal spy poisonings, and not rushing to react to the latest tensions.

The consensus has long been that, as long as Washington or Europe don’t impose the ultimate sanction and make it illegal to own Russian sovereign debt, new threats won’t dent the appeal of decent 2% ‘real’ interest rates and one of strongest public balance sheets in the world.

Underpinned by its huge reserves of oil and gas, Russia’s debt-to-GDP ratio is expected to be just 20% this year, less than a fifth of that of the United States, Britain or France and under a third of China’s.

Along with well over half a trillion dollars worth of reserves, a competent central bank and conservative fiscal policy, Mirabaud’s head of emerging market debt, Daniel Moreno, says it makes Russia one of the strongest markets he looks at, and bulletproof to all but the worst-case sanctions.

“What we know is that over the past six years since the events in the Ukraine happened, the U.S. and EU have been continually applying sanctions,” Moreno said.

“The question is, are these sanctions having any desirable effect (for the West)? I think the answer is definitively ‘no’.”

It’s not that sanctions – or the threat of sanctions – haven’t triggered negative reactions. They have.

For BlueBay Asset Management’s Tim Ash, a growing list of situations where Moscow is under scrutiny has driven a mini- sell off in Russian assets.

“It is trading on the general Russia-Western relationship,” Ash said. “Alexei Navalny, U.S. elections, Nord Stream, Belarus, Syria, Georgia. There is a lot going on.”

Talk of the EU abandoning the Nord Stream 2 gas pipeline due to the Navalny case, tensions over Belarus’ disputed election, combined with a fresh drop in oil prices and looming U.S. elections have knocked 5%-12% off Russia’s rouble RUBUSD=R, government bond RU10YT=RRPS XS0767473852=TE and equity markets .IMOEX.IRTS over the last few weeks.

It was similar in both 2014 and 2018 when international investors also cut their ‘OFZ’ government bond holdings.

It’s just that for investors with a medium or longer-term view, these kind of moves have always reversed — Russian bonds earned more than 20% last year and equities 40% — and even the reactions to new threats seem to have become smaller recently.

JP Morgan data shows for example that its clients were more invested in Russian bonds — ‘overweight’ in fund manager speak — coming into the current events than at any time in at least the last 6 years.

(Graphic – Investors sell out of Russia in times of stress: here)

High ‘real’ interest rates — rates minus inflation — along with Russia’s other strong fundamentals have helped lure back investors.

Foreigners owned a record 35% of the rouble-denominated OFZ bond market before COVID-19 and collapsing oil prices caused an exodus from emerging markets this year.

The country’s share in JPMorgan’s GBI-EM index, the main global benchmark for emerging market local currency bonds, has also grown to 8.3% from nearer 7% a couple of years ago and just 1.5% in 2007.

It is still off the 10% index-maximum hit during the 2012-14 oil boom, though, and elsewhere it has lost ground.

The rise of big tech at the expense of oil firms has also seen it drop to 4.4% from 14% on the corporate debt equivalent, and to just 3.3% on MSCI’s emerging equity index, a benchmark for almost $2 trillion in cash.

Rating agency Fitch thinks the risk of further western sanctions on Russia “remains high”, especially with U.S. election race hotting up. But it doesn’t expect really crippling steps such as complete ban on owning Russian debt or its banks being cut off from the SWIFT global payment system.

“We have seen that the past sanctions sell-offs were always actually a good opportunity to get in,” said Aberdeen Standard Investment portfolio manager Viktor Szabo. “Russian assets came back with a vengeance.”