Riaz was one of Pakistan’s best known progressive writers who authored over a dozen books. 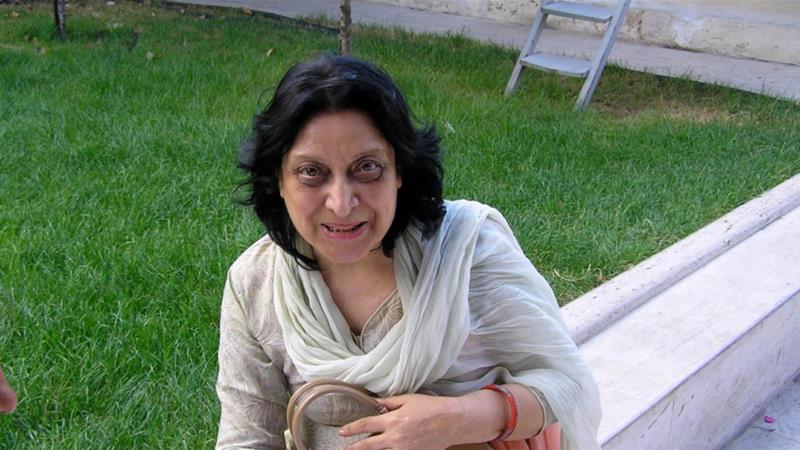 Pakistani poet, human-rights activist and feminist, Fahmida Riaz, has passed away at the age of 72.

Pakistan’s newspapers and websites on Wednesday reported Riaz’s passing away following a prolonged illness in the city of Lahore.

Riaz, a formidable figure of Pakistani literature, authored over a dozen books on poetry and fiction, and ran a publication company.

She translated the writings of Albanian writer Ismail Kadare and the Sufi poetry of Rumi into Urdu. Pakistan’s Dawn newspaper called her a “pioneer in feminist literature”.

“The themes prevalent in her verse were, until then, were considered taboo for women writers,” said the Dawn.

She was also forced to live in exile for over six years in India when former military dictator General Zia-ul-Haq ruled over Pakistan.

Riaz faced various challenges due to her political writings. “More than 10 cases were filed against her during Ziaul Haq’s dictatorship,” reported The News.

Senior journalist Raza Rumi called her the “finest of our poets, writer, translator, activist” on Twitter.

Noted Pakistani author Ayesha Siddiqa, said: “Sad to lose another very lovely Khala the dynamic @fahmidaRiaz she was brave, daring and a great person – rest in peace Khala you will be missed in a land where people can no longer disagree and still live.”

The challenge and the promise of the post-Covid-19 economy