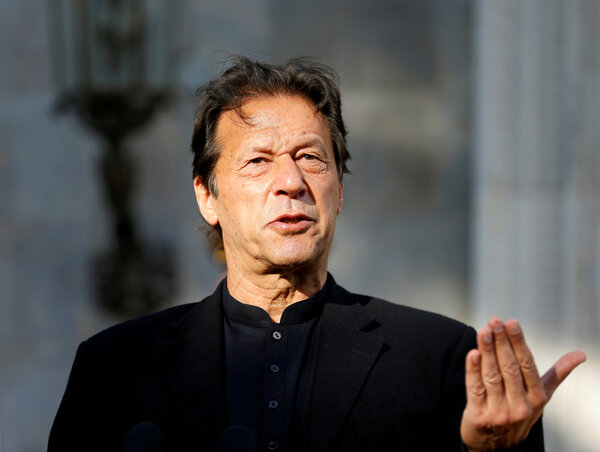 Mr. Khan is isolating at home and is expected to remain in isolation for at least 10 days, officials said. “The prime minister has a mild cough and fever,” said Dr. Faisal Sultan, the country’s de facto health minister. “A team of doctors is treating him.”

The prime minister received his first vaccine dose of a Covid vaccine on Thursday, and officials said it appeared that he had been infected before the inoculation. Government ministers and other officials who had contact with Mr. Khan in the past three days are now also getting tested for the virus. Protection from a vaccine typically takes some time to kick in, and two doses of most vaccines are needed for maximum protection.

Mr. Khan, 68, a former cricket player, is generally considered to be in very good health. But critics say he has been rather casual about wearing a mask. During an inauguration of government projects on Friday, Mr. Khan could be seen in pictures without a mask while meeting officials.

Pakistan is facing a third wave of the pandemic, with a spike in its positivity rate in recent weeks. “It is very alarming” said Dr. Sultan, who noted that the rate had risen to 9.5 percent.

“The pressure is mounting in the federal capital, Peshawar, Karachi. and major urban centers of Punjab,” he said at a news conference.

The pandemic has sickened more than 623,000 people in Pakistan, and more than 14,000 have died, according to a New York Times database.

Officials have urged the public to observe safety protocols, warning that a failure to do so could result in stricter restrictions. The rising number of cases has forced the authorities to impose restrictions on food outlets and social gatherings.

Pakistan began its vaccinating citizens over 60 this month with the Chinese Sinopharm vaccine.