(CAIXIN GLOBAL) – High-tech veteran Guo Ming first noticed that change might be brewing in the highly cyclical sector for microchips in last year’s third quarter. His company, a midsize Chinese manufacturer of display driver integrated circuits, was a typical industry player, designing its own chips and using third-party partners to manufacture them.

Realising supplies were tightening, he quickly negotiated with his company’s Taiwan partner to secure the manufacturing capacity he would need through 2021. But the partner also saw what was happening and used the situation to its advantage.

“Fortunately, by virtue of our long-term cooperation and considerable order volume, we were able to get their support,” Guo said. But that support came at a price, as his company was forced to make full payments for all orders it anticipated in the first half of 2021.

That kind of pressure is typical in the highly cyclical chip sector, indicating a new boom cycle may be starting. A number of factors are behind the shift, though the usual economic uptick is not one of those, according to market research firm Third Bridge Group. Instead, the driving force is a perfect storm of smaller factors related to everything from the Covid-19 pandemic to US sanctions against telecoms giant Huawei Technologies, analysts said.

The bottom line is that chip prices are rising, leading to bumper profits for leading third-party manufacturers like Taiwan Semiconductor Manufacturing (TSMC) and United Microelectronics (UMC), also of Taiwan.

“Almost all chipmaking foundries told us their production capacity had been fully booked,” said an executive at eMemory Technology, a maker of logic-based nonvolatile memory technology. He added the shortage is unlikely to ease in the first half of 2021.

The factors leading to the unexpected capacity shortage vary widely and are largely unrelated to one another. But taken together they helped to either ratchet up demand, or in some cases reduced supply by taking capacity offline.

A surge in demand for smartphone and PC chips, two of the industry’s largest customers, was one of the key drivers.

As the Covid-19 pandemic swept the world, use of telecommuting, home entertainment and online education products and services caused demand for consumer electronics to swell, particularly for PCs and TVs. Global PC shipments grew 14.6 per cent year-on-year to 81.3 million units in the third quarter of 2020, representing the highest annual increase in the past 10 years, according to IDC.

At the same time, demand for smartphone chips soared for reasons unrelated to the pandemic. That chain of events began when the US applied sanctions to cut off leading global smartphone maker Huawei’s chip supply, prompting the company to place huge orders between May and September to stock up before the sanctions took effect.

As that was happening, some other smartphone-makers like Oppo and Xiaomi began to place more orders for chips around August and September, aiming to grab some of Huawei’s market share. Oppo, for instance, ordered chips for 110 million smartphones in the second half of 2020, nearly twice as much as its order volume for the first half of the year.

A broader move to higher-end 5G smartphone models also played a role, said an analyst at Isaiah Research, a Taiwan-based research institute. “Smartphone manufacturers’ decision to scale production, especially for 5G models, which require more chips than 4G phones, will certainly mean more orders for smartphone chips and related components, and thus a squeeze on the production capacity available for other types of chips,” the analyst said.

At the same time, several factors also worked to constrict supply. Manufacturers in some countries outside China remain partly shuttered due to the pandemic, and strikes at some major factories owned by Europe’s STMicroelectronics NV also played a role. A massive fire in a wafer plant owned by Asahi Kasei in October also exacerbated the supply crunch.

While everyone has felt the pinch, companies making chips for smaller industries have been hit harder than most, as manufacturers rationed their limited capacity for their best customers from sectors like smartphones, PCs and TVs.

“Wafer fabs typically value a long-term partnership over a highly profitable one-time deal,” said Guo Ming of the midsize Chinese chipmaker. “Those (smaller) companies might have been able to buy some (chips) when foundries had abundant production capacity. Given the current circumstances, though, they will hardly find favour with foundries, even if they bid high.”

One of the hardest hit groups of chip buyers has been automakers, which are using a growing volume of chips to power increasingly smart cars, but are still a relatively small buyer.

“Automotive electronics companies will be among those dropped from foundries’ supply lists if there isn’t sufficient production capacity,” said the eMemory Technology executive.

Automotive electronics companies with lower production capacity were the first to experience fallout, leading to suspended production for some vehicle models. GAC Toyota Motor told Caixin that it suspended some production for a time in January due to an unstable supply of components, but things quickly returned to normal.

A report by Shenwan Hongyuan Securities in early December indicated that the short-term supply shortage would dent most auto manufacturers’ production capacity by around 10 per cent in the short term. And earlier this month, the China Association of Automobile Manufacturers noted that the ongoing shortage would have a certain impact on global auto production for the near future, and thus undermine the stability of China’s auto market.

The squeeze has led to rising prices throughout the sector. Microcontroller-maker Microchip Technology announced price increases this month, with one of its distributors telling Caixin those would average between 10 and 15 per cent. Similarly, Shenzhen Goodix Technology recently announced the price of one of its in-display fingerprint sensor integrated circuits would rise by 30 per cent in 2021.

Data compiled by Caixin show that over the past month more than 10 chip suppliers have announced similar price hikes.

At the same time, tight supply has helped boost profits for manufacturers that can command higher prices. TSMC and Semiconductor Manufacturing International (SMIC), two leading foundries, recorded revenue growth of more than 30 per cent for the second and third quarters of 2020, compared with the same period the previous year. Market research institute IC Insights, meanwhile, predicted a 13 per cent year-on-year annual revenue increase for the top 15 semiconductor suppliers in 2020.

Many chip manufacturers are expanding their capacity to cater to growing demand. Last year, SMIC laid plans to ramp up capacity at its 12-inch wafer factories in Beijing and Shanghai. TSMC plans to put its new packaging and testing factory in Taiwan into trial operation in the second half of 2021 and start construction on a 5-nanometre wafer production line in the US in 2021. And Samsung Electronics is expanding the capacity of its production bases in the US and the interior Chinese city of Xi’an.

But those plans will take time, which could leave the semiconductor market in a tight spot until the end of 2021, said Chang Junfeng, secretary general at Shenzhen Semiconductor Industry Association. “At that point, major smartphone manufacturers, including Huawei, Xiaomi and Oppo, can stop making irrational purchases, as their market shares will have largely stabilised,” he said. He added that by then new capacity should also come on stream to help meet demand.

Singapore Budget 2021: 6 things to look out for

Morning Briefing: Top stories from The Straits Times on Aug 3 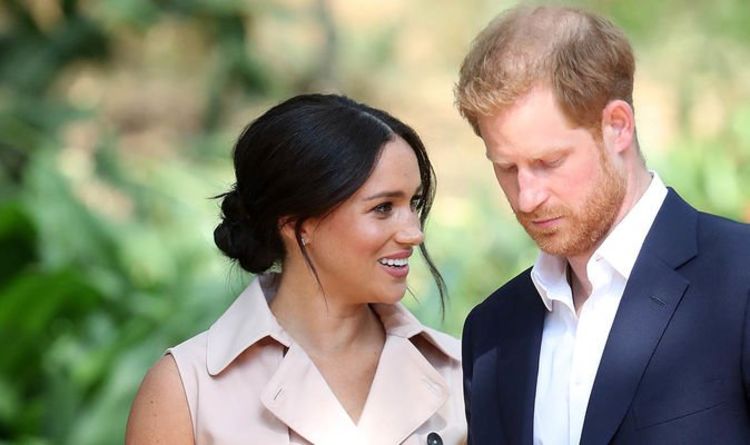