LONDON (Reuters) – Markets have recovered their poise after bouts of extreme volatility in March caused by the coronavirus pandemic that left “hard questions” for policymakers to answer, a senior Bank of England official said on Thursday. 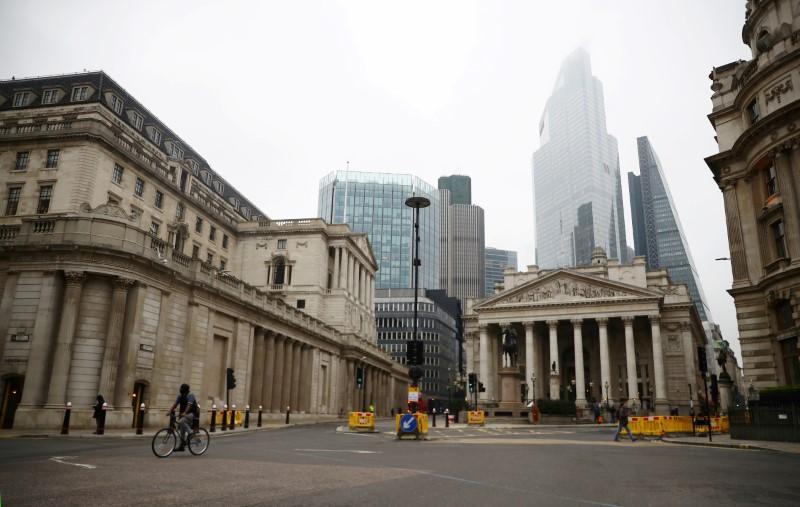 “Financial markets could come under strain again if there is another leg to the global infection cycle, or if economic data come out persistently worse than expected,” Andrew Hauser, the BoE’s executive director for markets, told a Bloomberg webinar.

Hauser said policymakers need to look at how markets can amplify the “dash for cash” seen in March and April.

“First, do we understand why intermediaries struggled to make effective markets in core government bond, money and foreign exchange instruments at crucial moments during the crisis?” Hauser said.

Policymakers should also ask themselves if they are comfortable with the core role played by heavily indebted but thinly capitalised non-banks in markets.

“Third, how do we deal with the risks posed to financial stability by the structural tendency for money market and some other open-ended funds to be prone to runs,” Hauser said.

“How can we ensure timely transition away from Libor, whose weaknesses were highlighted so starkly by the crisis?”

Markets have had to absorb huge policy interventions to ease economic fallout from the pandemic. That included the BoE cutting interest rates to just 10 basis points, raising expectations of negative rates.

“Even if you saw it was the right thing to do, it’s not going to happen in the near term,” Hauser said. “It’s on the retail side and banking side that we need to think more about it, and no decisions have been made about that either way.”

Hauser said public intervention intentionally lifted assets from very low levels, but the central bank does not want to replace the role of markets in pricing and would come up with an “exit path” once the economy is strong enough.

“We had to do it, it was the right thing to do. It worked and we have to deal with the consequences of that later.”

US: Secretary of State Mike Pompeo in Riyadh on Middle East tour

How much has China learnt from Singapore? The two are fundamentally different, say panelists