Home » Asia » Pandemic Surges Again in Many Parts of the World, Fueled by Variants

The highly contagious Delta variant is on the rise, and countries that hoped they had seen the worst of Covid-19 are being battered again. 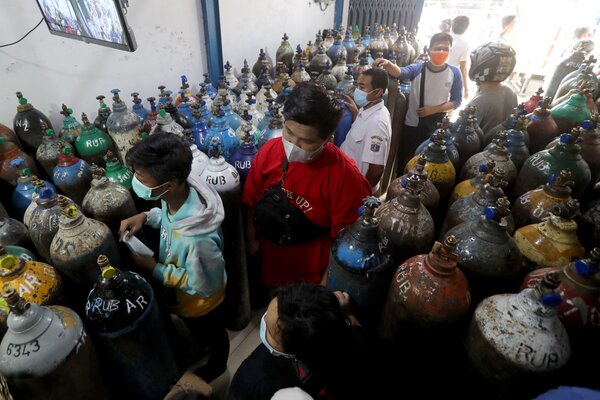 By Hannah Beech and Livia Albeck-Ripka

The nightmare is returning.

In Indonesia, grave diggers are working into the night, as oxygen and vaccines are in short supply. In Europe, countries are slamming their doors shut once again, with quarantines and travel bans. In Bangladesh, urban garment workers fleeing an impending lockdown are almost assuredly seeding another coronavirus surge in their impoverished home villages.

And in countries like South Korea and Israel that seemed to have largely vanquished the virus, new clusters of disease have proliferated. Chinese health officials announced on Monday that they would build a giant quarantine center with up to 5,000 rooms to hold international travelers. Australia has ordered millions to stay at home.

A year and a half since it began racing across the globe with exponential efficiency, the pandemic is on the rise again in vast stretches of the world, driven largely by the new variants, particularly the highly contagious Delta variant first identified in India. From Africa to Asia, countries are suffering from record Covid-19 caseloads and deaths, even as wealthier nations with high vaccination rates have let their guard down, dispensing with mask mandates and reveling in life edging back toward normalcy. 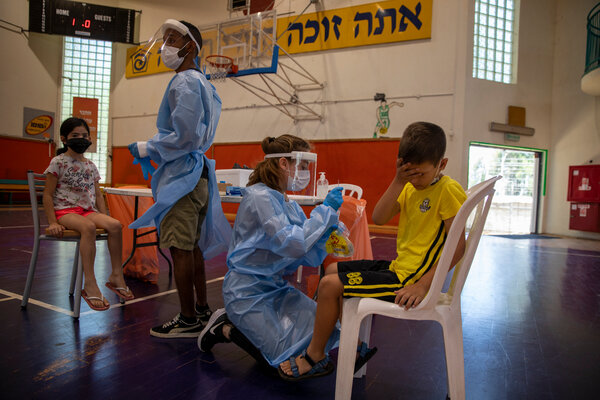 Scientists believe the Delta variant may be twice as transmissible as the original coronavirus, and its potential to infect some partially vaccinated people has alarmed public health officials. Unvaccinated populations, whether in India or Indiana, may serve as incubators of new variants that could evolve in surprising and dangerous ways, with Delta giving rise to what Indian researchers are calling Delta Plus. There are also the Gamma and Lambda variants.

“We’re in a race against the spread of the virus variants,” said Professor Kim Woo-joo, an infectious disease specialist at Korea University Guro Hospital in Seoul.

The political debates underway from Malaysia to the Seychelles — whether to institute lockdowns and mask requirements — are starting to echo in countries with far more resources, including plentiful vaccines. On Monday, health officials in Los Angeles County, where Delta variant infections are climbing, urged residents, even immunized ones, to wear masks indoors. (Many scientists, however, say masks are not necessary in areas where the virus is not widespread.)

But while the new images from Nepal or Kenya of overflowing intensive-care units and dying doctors dredge up terrible memories for the West, it is not clear whether they also provide a glimpse into the future.

Most existing vaccines appear to be effective against the Delta variant, and initial research indicates that those who are infected are likely to develop mild or asymptomatic cases. But even in the wealthiest countries — except for a handful of nations with small populations — fewer than half the people are fully vaccinated. Experts say that with new variants spreading, markedly higher vaccination rates and continued precautions are needed to tame the pandemic.

The smoke rising once more from crematories in less affluent nations has highlighted the gulf between the world’s haves and have-nots. Vast inequalities in economic development, health care systems and — despite the promises of world leaders — vaccine access have made the latest surge much bigger and much deadlier.