His arrest is part of a probe into the alleged unauthorised purchase of two Israeli generators while in office. 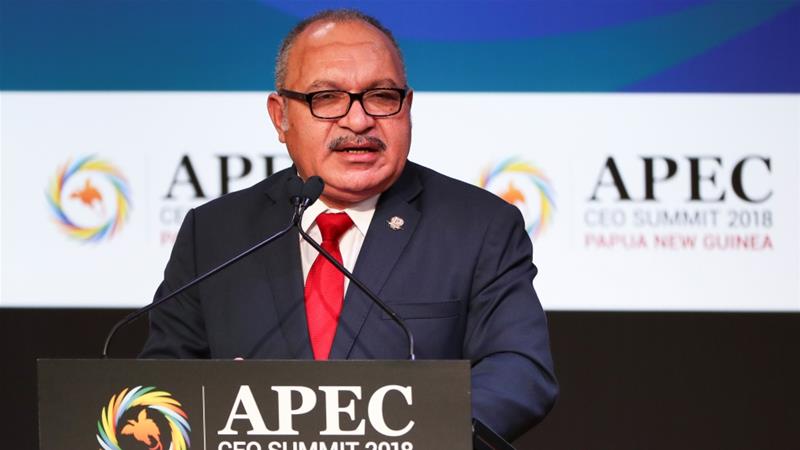 Peter O’Neill, the former prime minister of Papua New Guinea, has been arrested over corruption allegations after arriving back in the country, according to police.

The arrest on Saturday at Jacksons International Airport in the capital, Port Moresby, was part of an investigation into the alleged unauthorised purchase of two Israeli generators while he was in power, Hodges Ette, Royal Papua New Guinea Constabulary assistant commissioner, said in a statement.

“There is reasonable evidence for misappropriation, abuse of office and official corruption,” Ette said.

Police alleged that when O’Neill was prime minister, he had directed payments for the purchase of the two generators from Israel “without due consideration for procurement processes … without the approval by the parliament” and without any tender process.

O’Neill, 55, was still being interviewed by police but would be granted bail to undergo two weeks of quarantine at his home, Ette said late on Saturday

In the past, O’Neill has denied similar charges, labelling them politically motivated.

The politician’s long tenure ended in 2019 and was marked by a string of corruption allegations, including the purchase of 40 Maseratis for an Asia-Pacific leaders’ summit he hosted – in a country where few homes have reliable electricity.

He was forced to step down after allies baulked at his decision to sign a multibillion-dollar liquefied natural gas deal with France’s Total and US firm ExxonMobil.

Local communities had complained bitterly about not benefitting from similar deals in the past.

After promising to resign and then trying to cling to power via the courts, he was ultimately replaced by his former Finance Minister James Marape last year, who pledged to clean up the government.

“We have a government that wants to save the interests of corporate giants,” Marape said before taking office.