He noted that around 100 cases were reported on Aug 23.

“From then, it’s been rising along a very steep curve,” Mr Ong said at a virtual press conference of the multi-ministry task force tackling Covid-19.

Mr Ong, who co-chairs the task force, said that based on the experiences of other highly vaccinated countries, Covid-19 transmission waves do not last forever and will usually take about 30 to 40 days to peak before numbers fall and stabilise.

However, during that period, daily cases can double every 10 days – which means Singapore should be prepared for four to five doubling cycles, added Mr Ong.

He said the nation is now in the process of seeing cases double from 400 to 800 a day.

“Beyond that, if we think in terms of five doubling cycles, there’s two more to go – meaning daily cases may double from 800 to 1,600 and 1,600 to 3,200, hitting a peak before starting to come down and stabilise,” he said, adding that whether or not this happens depends on the collective actions of everyone here.

“Together, we will test extensively with the help of employers, reduce our interactions where possible, wear our masks properly and diligently, get ourselves tested when required, isolate ourselves when we are ill or when we test positive… and if we can do that, maybe we can avoid five doubling cycles, maybe we can get away with three or four before we settle down,” said Mr Ong.

He added that the “rapid and exponential” rise in daily cases is what every country that wants to live with Covid-19 must go through at some point.

However, the task force wants to do so with two main objectives in mind.

First, to have as few deaths here as possible.

“Practically every country that has gone through this kind of transmission wave has suffered hospital collapses and high death tolls. We want to avoid that,” said Mr Ong.

If Singapore can do this, it can then achieve its second objective – avoid entering a long, hard lockdown, which places such as Vietnam and New South Wales are experiencing.

“The key to going through this experience differently from other countries… is vaccination,” said Mr Ong, adding that vaccines are very effective in protecting against severe illnesses.

But despite Singapore’s high vaccination rate, Associate Professor Kenneth Mak, who is also on the task force, said that Singapore is in a different position from other highly vaccinated countries like Britain and Israel.

This is because it did not have high community infection rates before vaccines were rolled out.

And even in the case of countries with high vaccination rates, there have been different experiences as well.

But Israel has seen an increase in ICU cases and deaths after its latest wave of infections, said Prof Mak.

Turning back to Singapore’s situation, he said there is a need to look at ICU numbers here in the next two weeks.

If ICU numbers rise along a trajectory that is similar to that of the total number of cases here, then there may be a need for additional measures to slow transmission, said Prof Mak.

On the other hand, if the number of cases in the ICU is relatively stable or with a very slow increase, it gives the authorities confidence that the resources in the hospitals and healthcare system are able to cope with the situation despite rising cases.

At this point, he said, it may then be an appropriate time for Singapore to press on in its transition to a Covid-19 resilient nation.

Mr Ong said that some countries around the world have already settled down and are living life “quite normally” despite the virus.

Mr Ong noted that Singapore’s rate is currently seven per 100,000, but he warned that this number is rising and “may surpass many peaks before it comes down”.

“That is how other countries have dealt with it, going through a wave in order to live with Covid-19,” he said.

“The key is, as we go through this wave, a key imperative is to get our healthcare protocols readjusted (and) reconfigured, and we need to shift decisively to cope with the much larger number of infections.”

Read next – Shorter quarantine, more Covid-19 patients can recover at home: New measures at a glance 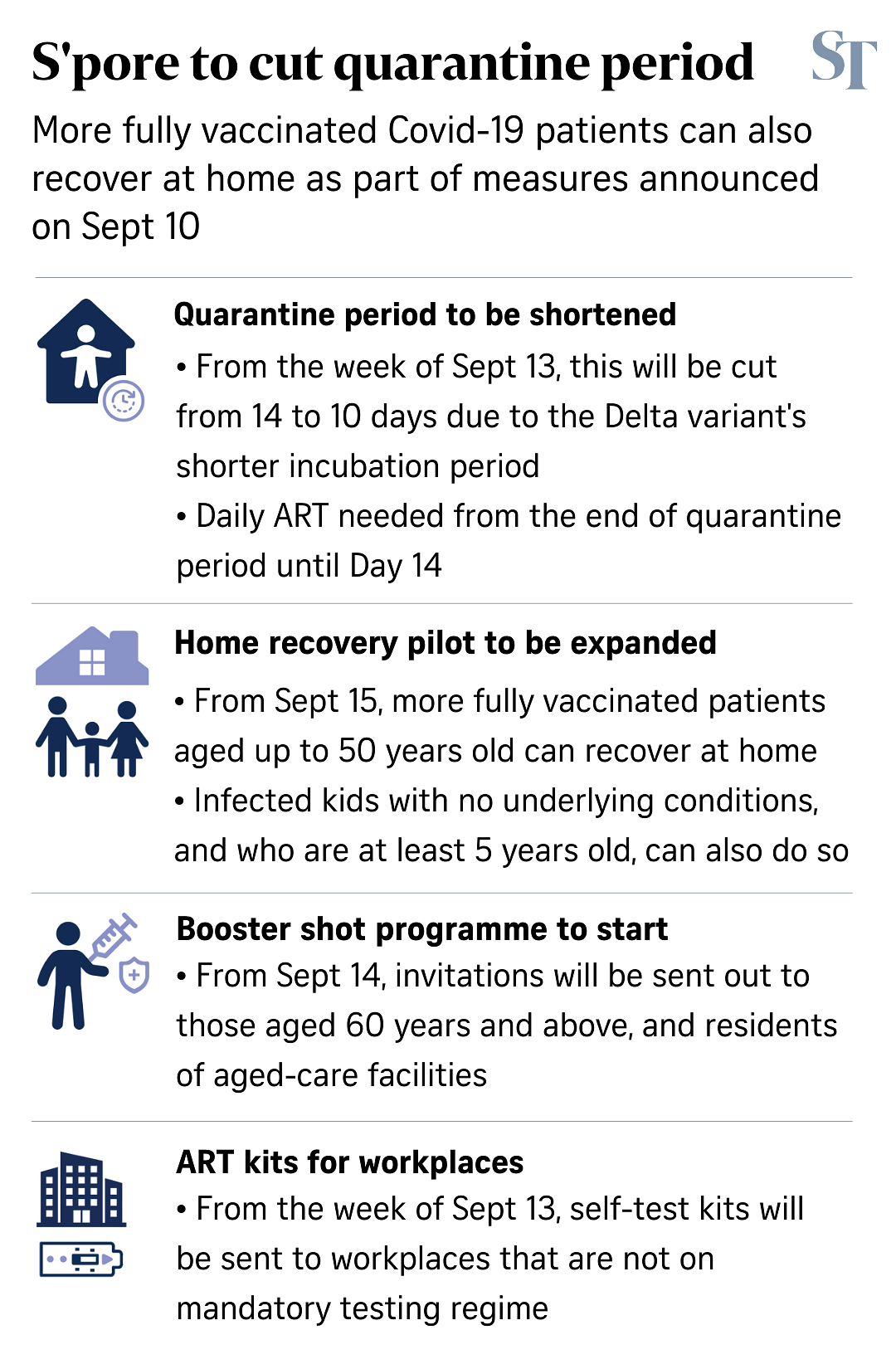