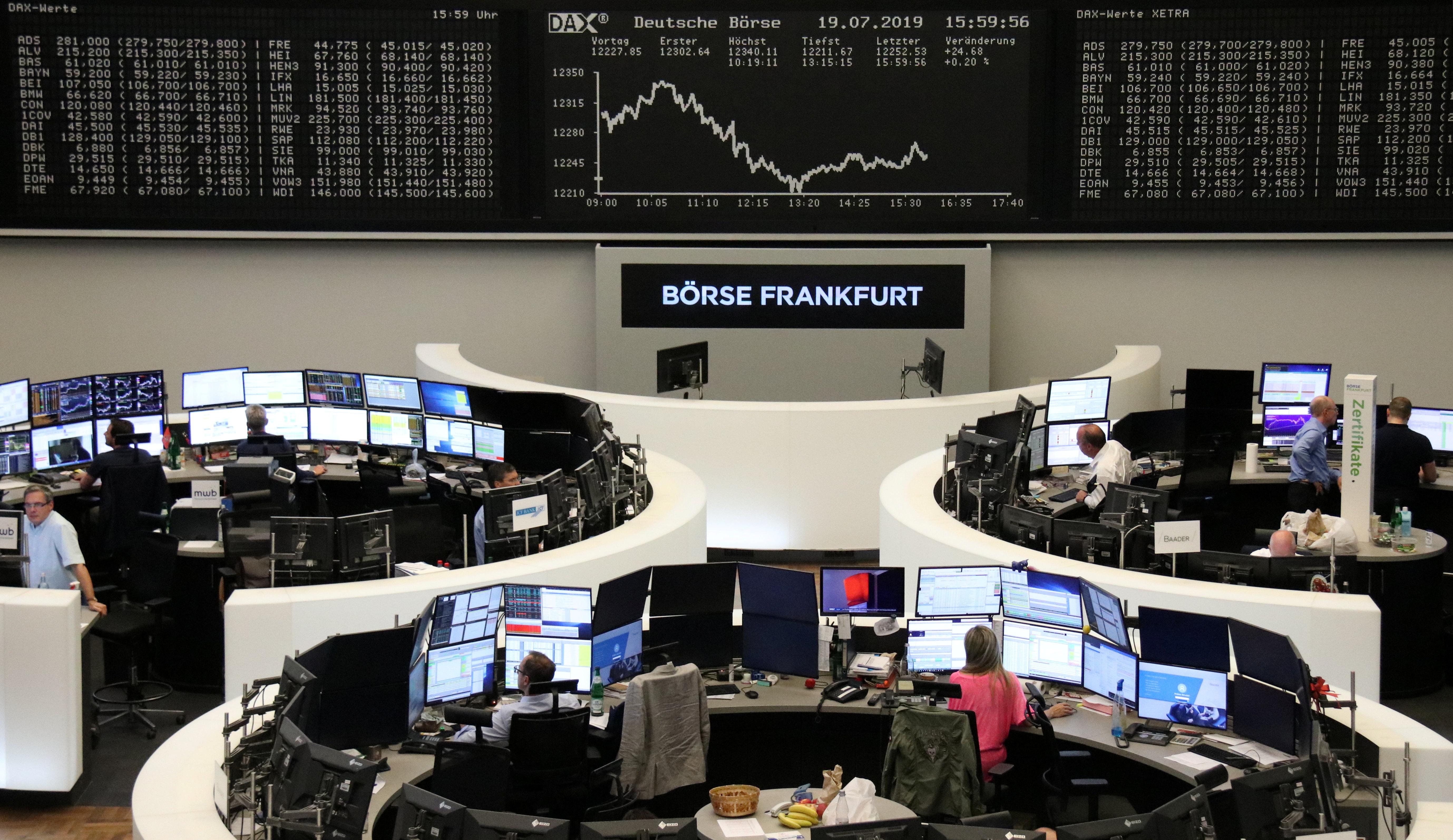 The pan-European STOXX 600 closed up 0.12% after rising as much as 0.7% in morning trade, with Italy’s blue-chip stocks .FTMIB falling 2% to two-week lows.

Milan-listed banks .FTIT8300 were the hardest hit on worries the year-old coalition government might collapse after sparring between the two main political parties and that a new election could take place too late for a new administration to approve a 2020 budget.

Government ministers are due to meet later on Friday.

“The uncertainty surrounding the political situation in Italy remains relatively high, especially with discussions about the budget coming in later in the year,” said Bert Colijn, a senior economist at ING. “It is translating into risk for the moment.”

Aiding a strong start for Europe were comments overnight from New York Fed President John Williams who said policymakers could not wait for economic disaster to hit before adding stimulus, reviving expectations of a deeper-than-expected rate cut in July and sparking a rally in shares worldwide.

Markets have fully priced in a 25 basis point cut by the Fed at a policy meeting next week and expect the European Central Bank to hint at a similar move amid signs global growth is slowing.

Banks .SX7P, which tend underperform in a falling interest rate environment, fell about 0.8%, the worst performing sector on the STOXX 600.

Poor earnings over the last two sessions had threatened to take the index lower on the week, but Friday’s gains helped the STOXX end the week higher for the sixth time in seven weeks.

Trade-sensitive stocks of technology companies and automakers got a lift after U.S. Treasury Secretary Steven Mnuchin suggested in-person talks between U.S. and Chinese officials could follow after telephone conversations on Thursday.

Industrial stocks .SXNP were the top gainers as shares in German payments company Wirecard (WDIG.DE) jumped 5.5% after it signed an agreement with supermarket chains ALDI Nord and ALDI Sued to process card payments.

Sweden’s Volvo (VOLVb.ST) rose 5.5%, recovering from a slide on Thursday after the auto and truck maker announced cost cutting measures to counter the impact of tariffs.

Media shares .SXMP were a weak spot, sliding half a percent on Publicis’ (PUBP.PA) 6% drop after the advertising group cut its 2019 revenue growth guidance.

Angie Chew: Lighting a candle for those with mental health woes