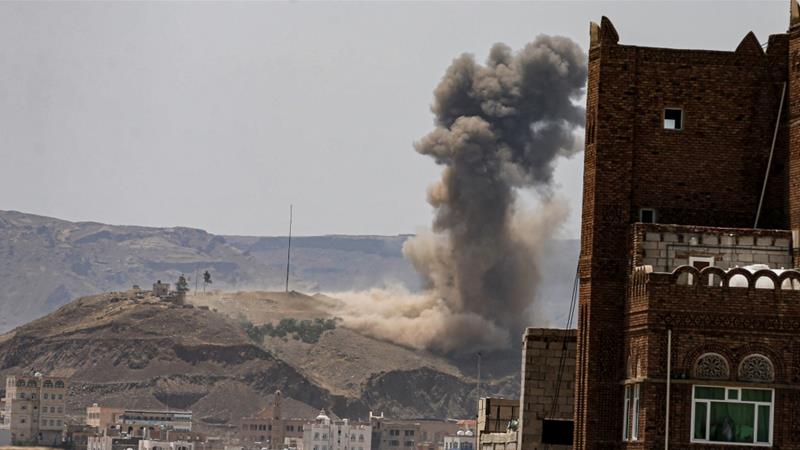 Fighter jets belonging to a Saudi-led coalition battling Yemen’s Houthi rebels have launched dozens of air raids on several Yemeni provinces, as the kingdom announced the start of a new military operation.

The Houthi-run Al Masirah Media Network reported air raids on the capital, Sanaa, as well as Marib, al-Jouf, al-Bayda, Hajjah and Saada provinces throughout Wednesday and into the night.

It said an elderly woman and a child were killed and four others wounded in Saada province.

In Sanaa, residents described the air raids, which also struck the city’s international airport, as “violent”. 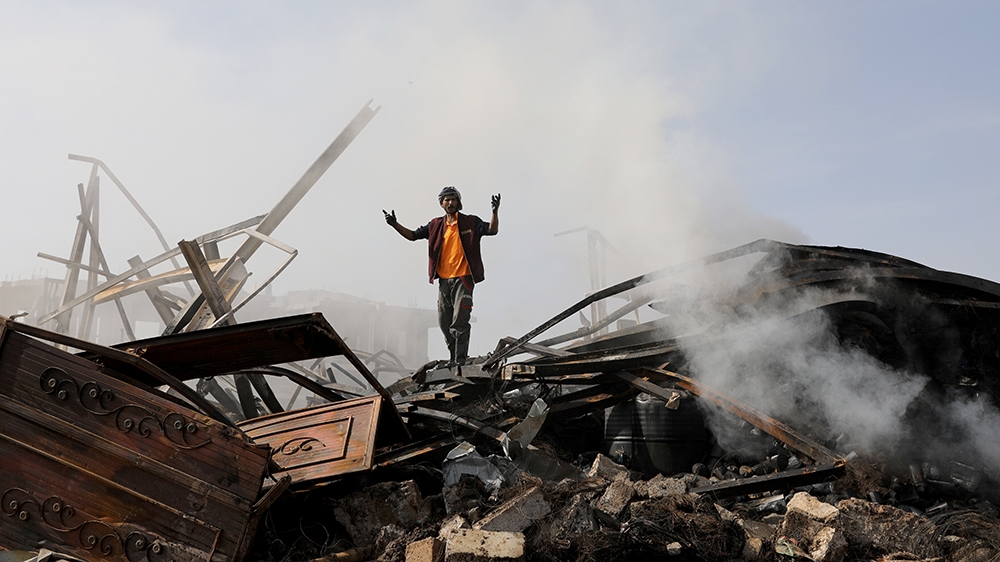 Saudi state television reported earlier on Wednesday that the coalition had begun a military push against the Houthis after the group stepped up cross-border missile and drone attacks on the kingdom.

Sources told Al Jazeera late on Wednesday the coalition launched more than 40 air raids on Sanaa and its surrounding areas.

The Houthis denounced the air raids and pledged to continue military operations deep inside Saudi Arabia.

Last week, the Houthis fired missiles towards the Saudi capital, Riyadh, in the first such assault since a six-week ceasefire prompted by the coronavirus pandemic expired in late May. The coalition said it intercepted the attack.

Saudi Arabia was targeted with dozens of attacks using ballistic missiles or drones last year, including a devastating assault on two facilities of oil giant Saudi Aramco that temporarily knocked out half the kingdom’s crude output.

Yemen has been locked in conflict since 2014 when the Houthis seized much of the country’s north, including Sanaa.

Fighting escalated in March 2015 when the Western-backed military coalition intervened to restore the government of President Abd-Rabbu Mansour Hadi.

The long-running war has killed tens of thousands of people, mostly civilians, and forced millions from their homes in what the United Nations has called the world’s worst humanitarian crisis.

Last week, the UN’s humanitarian chief Mark Lowcock warned that Yemen will “fall off the cliff” without significant financial support. 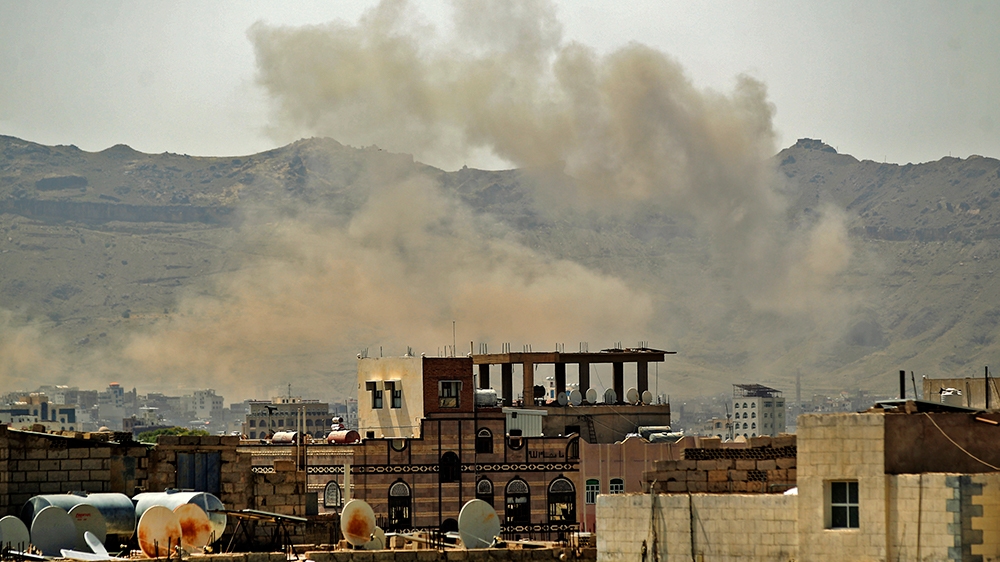 China's industrial profits rise 1.1% in May as sales quicken