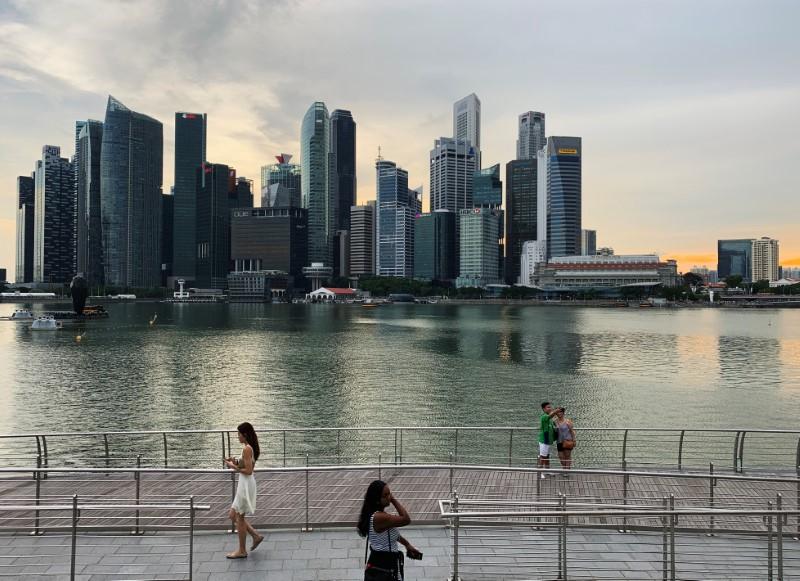 SINGAPORE (Reuters) – Singapore on Thursday unveiled more than $30 billion in new measures to help businesses and households fight the coronavirus pandemic that threatens to push the bellwether economy into a deep recession.

The new measures, which include wage support, loan schemes and tax breaks, amount to around S$48 billion ($33 billion) and will see the government dip into its national reserves for the first time since the global financial crisis.

The hard-hit aviation and tourism sectors received sizeable support in packages that will raise the city-state’s budget deficit in FY2020 to S$39.2 billion, equivalent to 7.9% of GDP.

“The COVID-19 pandemic is the most serious crisis we have faced in a generation,” Finance Minister Heng Swee Keat said.

“We will stand with our workers and businesses to ride through this economic storm together.”

Singapore has won global plaudits in its two-month long battle with the virus, but a recent surge in infections has forced authorities to shut its borders and entertainment venues, battering firms across the travel and finance hub.

The city-state reported its biggest daily rise in new infections, 73, on Wednesday and its first deaths from the virus over the weekend.

Sri Lanka Authorities Were Warned, in Detail, 12 Days Before Attack