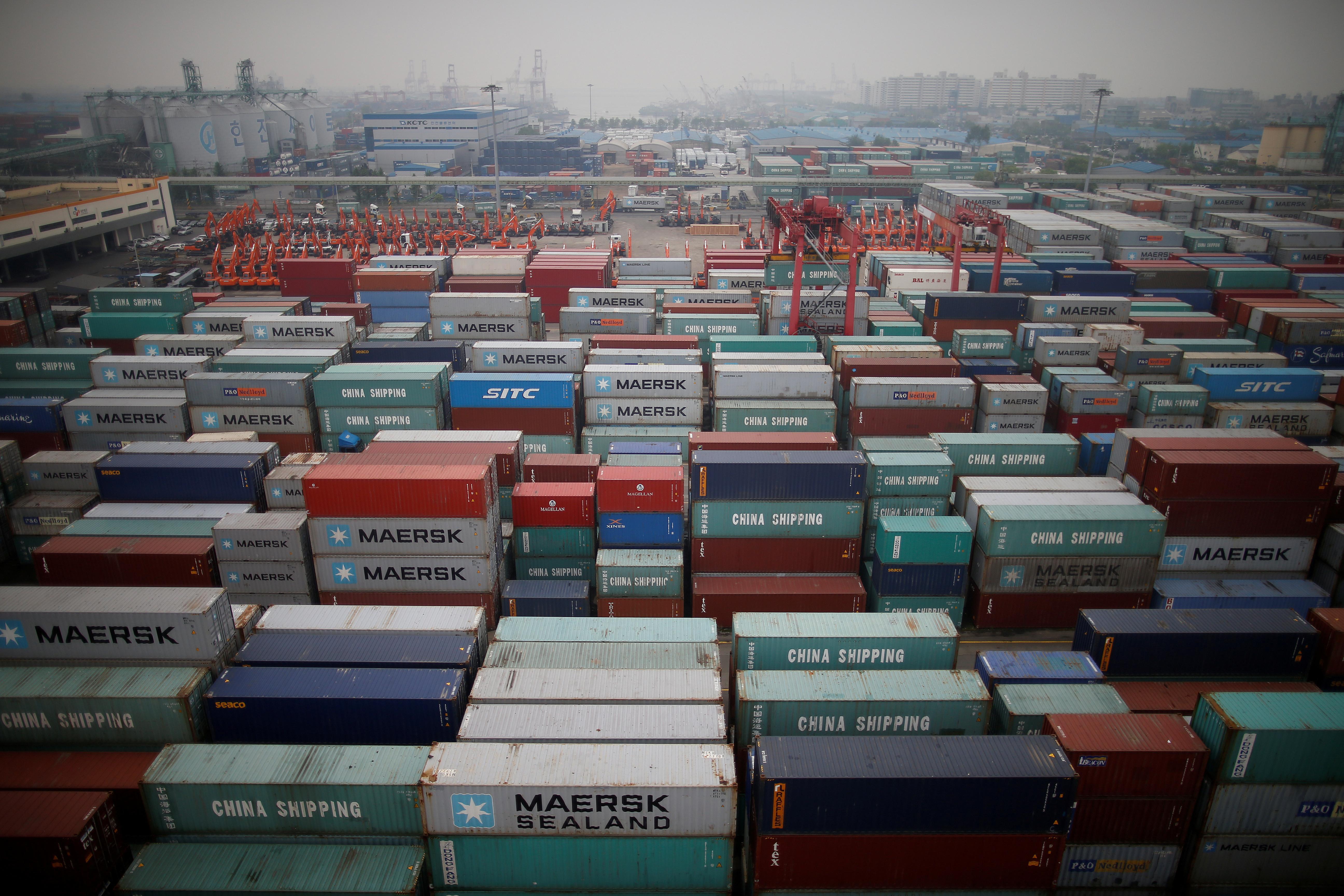 SEOUL (Reuters) – South Korea’s exports in April contracted less than in the previous month, but the fifth straight of month of shrinkage in shipments could still dent hopes that the trade-reliant economy will return to growth in the second quarter.

April exports fell 2.0 percent from a year earlier, government data showed on Wednesday. That was less than the 5 percent decline forecast in a Reuters poll and March’s 8.2 percent drop.

Policymakers worry that the trade dispute between Washington and Beijing could cause collateral damage for South Korea, especially as Asia’s fourth largest economy suffered an unexpected contraction in the first quarter on slumping exports and investment exports slump.

Gross domestic product (GDP) in the first quarter declined a seasonally adjusted 0.3 percent from October-December, the worst contraction since a 3.3 percent drop in late 2008.

It also said April exports would have expanded 0.8 percent from a year earlier if not for the decline in memory chips.

Imports increased 2.4 percent from a year earlier, compared with the poll prediction of 0.3 percent. This led to a preliminary trade surplus of $4.12 billion, down from $5.2 billion in March.

South Korean markets are closed on Wednesday for a holiday.