SEOUL (Reuters) – Measures imposed in South Korea to blunt a surge in coronavirus cases will hurt Asia’s fourth-biggest economy, the government warned on Tuesday, after unprecedented restrictions went into effect in Seoul and surrounding areas. 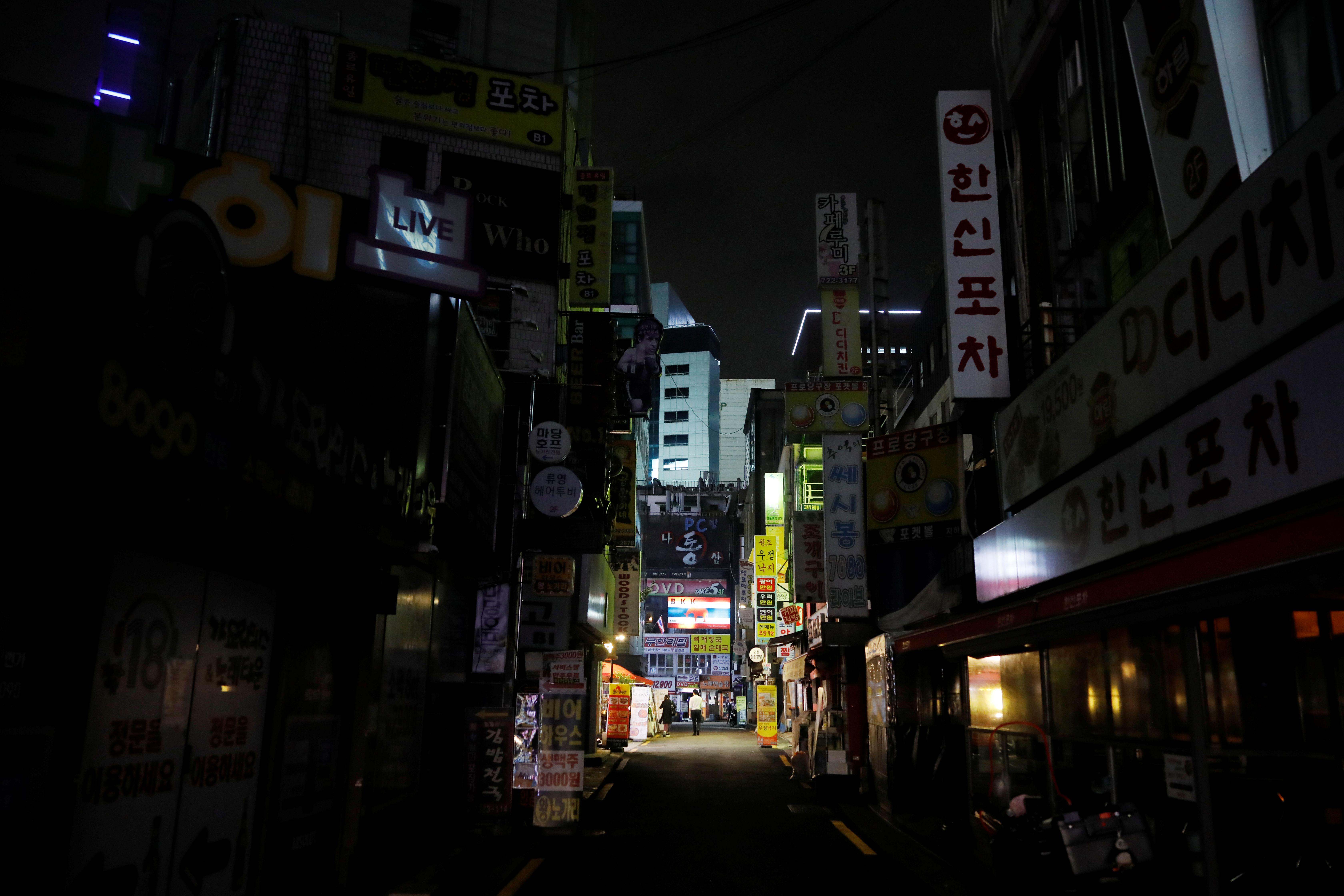 South Korea’s economy shrunk by a seasonally adjusted 3.2% in the April-June period from the previous quarter, revised central bank data showed, the sharpest contraction since the final quarter of 2008. South Korean exports fell for a sixth straight month in August.

The government unveiled plans to increase spending aggressively for the next few years and said it was prepared to boost policy support should the rate of infection worsen significantly.

“(Some) downturns are inevitable in the real economy due to the tightened preventive measures,” Vice Finance Minister Kim Yong-beom said at a policy meeting.

Daily cases have dropped slightly for five straight days, although they have remained in the low-hundreds for nearly three weeks as a second wave of infections sweeps through densely populated Seoul and spreads around the country.

South Korea on Friday restricted the operation of restaurants, coffee shops and so-called cram schools in the greater Seoul area. Churches, nightclubs and most public schools had already been ordered to close.

The Korea Centers for Disease Control and Prevention (KCDC) reported 235 new coronavirus cases as of midnight Monday, bringing the country’s total to 20,182 cases and 324 deaths.

To counter a slump in exports and the retail sector, the government said it planned to boost spending on welfare and jobs by 10.7%, and allocate 11.9% more on social infrastructure projects.

The central bank kept interest rates steady on Thursday, but sharply downgraded its 2020 growth outlook. The Bank of Korea said gross domestic product would likely shrink 1.3% in 2020 – the biggest contraction in more than two decades – from a previous forecast for a 0.2% decline.

The second wave has depleted medical facilities, with less than 3% of beds, or a total of nine, available for critical cases in greater Seoul, down from 22% about 10 days ago, according to the health ministry.

The KCDC reported 104 patients are in serious condition as of midnight Monday, more than an eightfold growth from two weeks before.

The ministry and Seoul city authorities said dozens more hospital beds will be ready this week.

“We’re in a very difficult situation especially due to the increase in the number of older patients,” Vice Health Minister Kim Gang-lip said.

In the latest blow to economic activity, a minor league baseball pitcher tested positive for the coronavirus on Monday, the Korea Baseball Organisation (KBO) said, casting doubt on the rest of the sport’s season.

The KBO said all of the 42 people who came in contact with the player had tested negative and gone into isolation, and it had cancelled two minor league games planned for Tuesday.

In late July, fans had been allowed to attend baseball games in limited numbers, but with the rising number of infections, stadiums were once again closed to fans by mid-August.

After Bombing, Afghans Demand That Foreigners Leave Their Neighborhood

Coronavirus: MOM says maids can soon spend their rest days outside but should do so on a weekday

Home in focus: Faces behind the masks