The fruit’s notorious smell causes passengers outrage and they demand its removal from cargo before take-off. 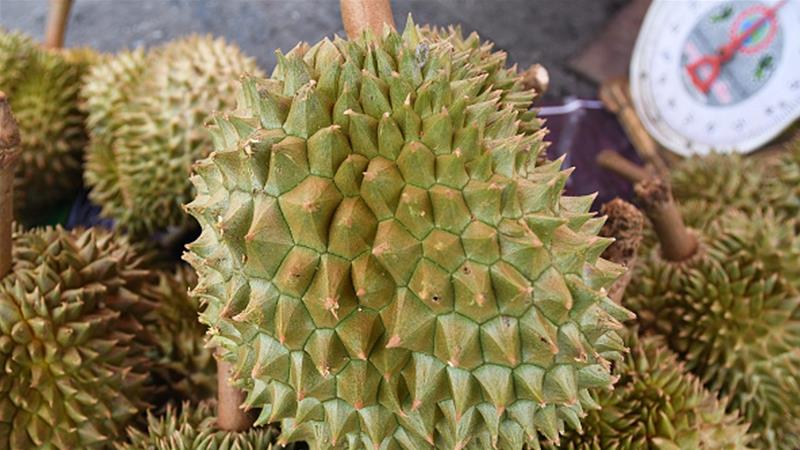 Passengers in Indonesia have refused to fly on board a plane carrying a load of the smelly durian fruit causing the plane to delay by an hour while the fresh cargo was unloaded.

The spiky looking, popular Asian fruit has many supporters considering it the “king of fruits” but plenty of haters as well who describe its smell as dirty socks and vomit.

Passengers of the Sriwijaya Air flight SJ091 flying from the Bengkulu province in Sumatra to Jakarta on Monday complained to staff about smelling the notorious fruit and refused to get on the plane unless it was removed from cargo.

Some passengers even argued that apart from the unpleasant smell, they were also concerned by the extra weight on board.

The airline admitted it was carrying more than two tonnes of the smelly ware but insisted they posed no danger to the flight and that the smell would go once the aircraft was in the air.

“Durian is not classified as a hazardous material to be transported on a plane,” Abdul said.

“We made the necessary precautions, such as putting in pandan leaves and coffee powder to absorb the durian smell,” he said late on Tuesday.

After passengers who had already boarded the plane decided to get off, the staff decided to acquiesce and unloaded the fruit, a process that delayed the flight by an hour but it landed safely in Jakarta.

Bengkulu airport staff said they would review their procedures regarding transport of durian to avoid passenger discomfort in the future.

In their arguments for the fruit’s removal, some passengers referred to the crash of a Mandala Airlines plane in 2005 which failed to take off and killed 149 people.

That plane had been found carrying 2.7 tonnes of durian but the National Transportation committee classified the accident as a wrong take-off and loss of control, in its final report to the Aviation Safety Network.

The report described an improper checklist procedure that failed to indicate the retracted flaps and slats of the plane and lead to the unsuccessful take-off that took the lives of passengers, crew as well as people on the ground.

The online community helping India’s most vulnerable
We and our partners use cookies on this site to improve our service, perform analytics, personalize advertising, measure advertising performance, and remember website preferences.Ok