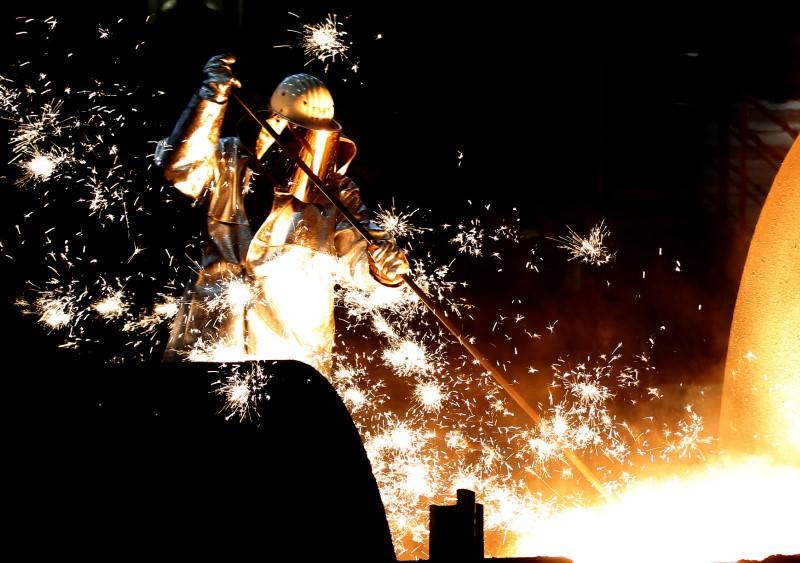 Orders edged up 0.3 percent after an upwardly revised increase of 2.5 percent in August, the Federal Statistics Office said. That beat market expectations for a fall of 0.6 percent.

For the third quarter as a whole, industrial orders fell 1.0 percent on weak foreign demand, the Economy Ministry said. This suggests manufacturing hardly contributed to overall economic growth in the July-September period.

“Nevertheless, there is a clear downward trend for the first three quarters,” she added. Krietenbrink said business sentiment was deteriorating due to international trade tensions, weaker global demand and higher energy and commodity prices.

The Economy Ministry pointed to special factors in the automobile sector, where the introduction of new regulation has caused production delays.

“The development of industrial orders in August and September suggests that bottlenecks in vehicle registration due to new testing rules for cars (WLTP) are slowly clearing up,” the ministry said.

The new Worldwide Harmonised Light Vehicle Test (WLTP) became mandatory on Sept. 1, forcing carmakers including Volkswagen (VOWG_p.DE) and Renault (RENA.PA) to halt deliveries of some models that had yet to be re-certified.

The ministry said manufacturing was likely to propel growth in the fourth quarter as many companies are still enjoying an unusually high level of orders.

Several economic institutes said last week the German economy probably shrunk in the third quarter after posting quarterly growth rates of 0.4 percent in the first and 0.5 percent in the second quarter.