(Reuters) – Following are five big themes likely to dominate thinking of investors and traders in the coming week and the Reuters stories related to them. 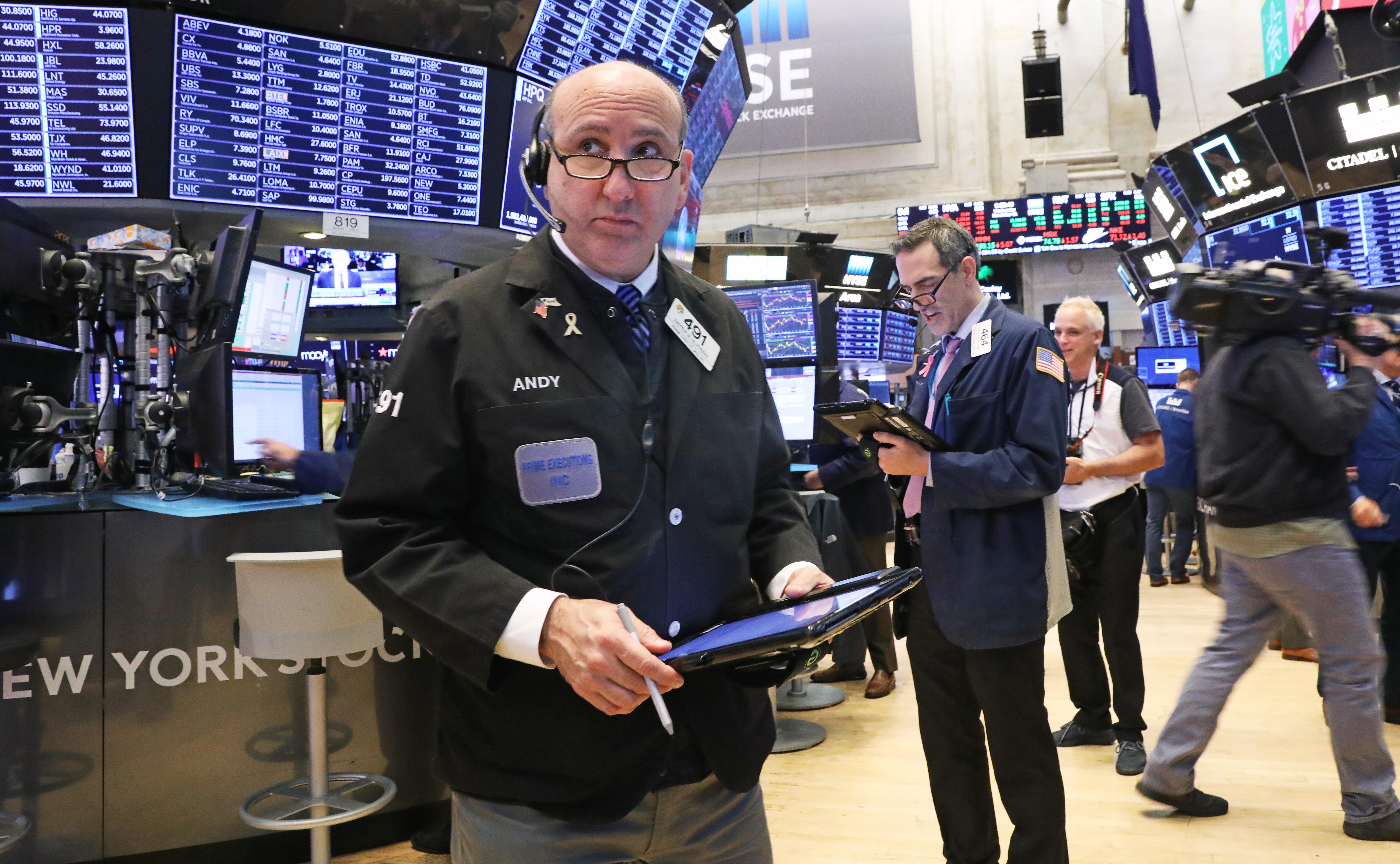 Fed chairman Jerome Powell sent the stock market soaring when he appeared to signal that a three-year long rate-hike cycle may be nearing a peak. It could be that Powell’s comments were misread by jittery markets; if so they have another chance on hear him on Dec. 5 when he testifies to the congressional Joint Economic Committee.

Powell will speak two days before November employment data emerges. His most recent speech made little specific reference to this. So the report will be key, given unemployment is at a 49-year low and employers are boosting pay.

Markets will be particularly attuned to wages, which logged their largest annual gain in 9-1/2 years in October. If that 3.1 percent gain in average hourly earnings is repeated, it will look like enough of an inflation whiff for the Fed to keep the rake hike path intact at its Dec. 18-19 meeting.

With Chinese factory activity now at the slowest in more than two years, stakes are high for Beijing on whether U.S. President Donald Trump will go ahead with tariff increases on Chinese imports, beyond the $250 billion in goods that are already taxed. Markets, hoping for rapproachement at the G20 summit in Argentina, are nonetheless skeptical of a peace deal. But given Trump’s hardnosed trade stance and the long odds of President Xi Jinping caving in to American demands on opening up China’s economy, even a tentative ceasefire between the sides will be welcome.

Since the trade war began in March, Chinese stocks have lost more than 20 percent and the economy is clearly feeling some pain. Unless the tariff issue is fixed over the G20 dinner, Beijing may have to wheel out more stimulus — it has loosened bank reserve ratios already but an interest rate cut, its first in three years, could well be nigh.

The world will be watching the G20 tango in Argentina this weekend but Germany auto firms are waiting for a waltz in Washington as top executives from Volkswagen, BMW and Daimler set off for a White House meeting next week.

They are hoping to head off additional tariffs on German cars, following fresh threats from President Trump to slap more tax on vehicles assembled in the EU. U.S. tariffs. Combined with the effect of China’s economic slowdown, this will spell bad news for Europe’s carmakers, whose earnings have already been hit by tighter regulations.

But a 25-percent auto tariff could also reduce 2019 economic growth in the euro zone by 40 basis points to 1.2-1.3 percent, Barclays calculates.

Shares in Europe’s auto sector have fallen almost 25 percent so far this year and a negative outcome in Washington will dash hopes of any year-end rebound.

– What if Trump lifts tariffs on European car imports to 25 pct?

-Chinese sneeze could give Europe Inc. a nasty flu

It started with a vote. Now, there is a chance that another vote could stop Brexit in its tracks.

The odds look stacked against British Prime Minister Theresa May getting parliament’s nod on Dec. 11 for her draft Brexit agreement; members of her own Conservative Party, the opposition and the Northern Irish party which props up May’s minority government all oppose it.

Some Britons hope a rejection by parliament will open the door to another Brexit referendum in order to head off the risk of crashing out without a deal. Signs are public support has risen to reverse the June 2016 Brexit vote, and the opposition Labour Party’s finance spokesman has backed a second referendum.

What’s more, on Dec. 4, the European Court of Justice’s advocate-general will give his opinion on whether Britain can revoke its notice to withdraw from the EU without agreement of the other 27 states. The Scottish politicians behind the ECJ case hope a ruling in their favor will pave the way for another referendum.

How will markets react? Anyone’s guess. If a no from parliament is interpreted as a slide towards no-deal, the pound may tumble. But if a second referendum — and a remain outcome — becomes a possibility, the opposite is likely.

– UK PM May says focused on her Brexit deal, not a plan B

– UK’s Labour could back option of second Brexit vote, nL9N1U5015

5/ SPREAD OUT THE OIL

Crude oil futures have just endured their worst month for more than 10 years, plunging more than 20 percent in November. That follows losses of around 10 percent in October. With world growth slowing, supply is outstripping demand. So when the OPEC producers’ club meets in Vienna on Dec. 6-7, the stakes could not be higher.

With WTI dipping below $50 a barrel and Brent now below $60, one would think OPEC is nailed on to cut production and get prices rising again. But it is not quite so simple.

For one, U.S. President Trump won’t be happy. Having repeatedly called for lower oil prices, he has got his wish so any action to raise them could provoke a political reaction from the White House. Second, Saudi Arabia’s desire and ability to cut production significantly is limited because of its budgetary needs and also because higher oil prices raise competition from U.S. shale. And other OPEC and non-OPEC countries are still lukewarm to the idea of cutting production. Watch this space.

Hari Raya Aidilfitri: Mufti urges Muslims to adapt to Covid-19 outbreak and stay positive
We and our partners use cookies on this site to improve our service, perform analytics, personalize advertising, measure advertising performance, and remember website preferences.Ok