KABUL (REUTERS) – Taleban fighters have surrounded the city of Ghazni in central Afghanistan, taking over civilians’ homes to fight security forces, officials said on Monday (July 12), the latest urban centre under threat from the insurgents.

The offensive was the latest on a provincial capital as the Taleban make a fresh push to surround cities and gain territory, emboldened by the departure of foreign forces.

“The situation in Ghazni city is very critical… the Taleban use civilian houses as hideouts and fire upon the ANDSF (Afghan security forces), this makes the situation very difficult for the ANDSF to operate against the Taleban,” said Mr Hassan Rezayi, a member of Ghazni’s provincial council.

Violence has surged in the country since United States President Joe Biden announced in April that American troops would withdraw by Sept 11, ending 20 years in Afghanistan.

The US general leading the war in Afghanistan, General Austin Miller, is to relinquish command on Monday, in a symbolic end to America’s longest conflict.

Peace talks between the Taleban and the government have nominally been continuing in Qatar’s capital, but officials say they are making little progress.

Clashes between the two sides are also continuing in the southern province of Kandahar, where the Taleban traditionally have had a strong presence, locals said. Ghazni is on the main road between Kabul and Kandahar city.

“Since the past four days, armed Taleban are attacking… Kandahar city from the western direction,” said Mr Hamidzai Lalay, a former MP who is now fighting with armed men against the Taleban in Kandahar.

“Afghan security forces, including special forces, are fighting the Taleban and trying to push them back.”

Mr Fawad Aman, a spokesman for the Ministry of Defence, said the situation in Kandahar was “completely under control of the ANDSF”, which had carried out air and ground operations in recent days.

So far, the Taleban has not been able to hold provincial capitals, but they have put pressure on Afghan security forces to respond to offensives around the country.

On Sunday, security forces, with the help of air strikes, repelled an assault by Taleban fighters on Taluqan, the provincial centre of a key northern province bordering Tajikistan.

Last week, Taleban fighters entered the capital of the western province of Badghis, seizing police and security facilities and attempting to take over the governor’s office before special forces pushed them back. 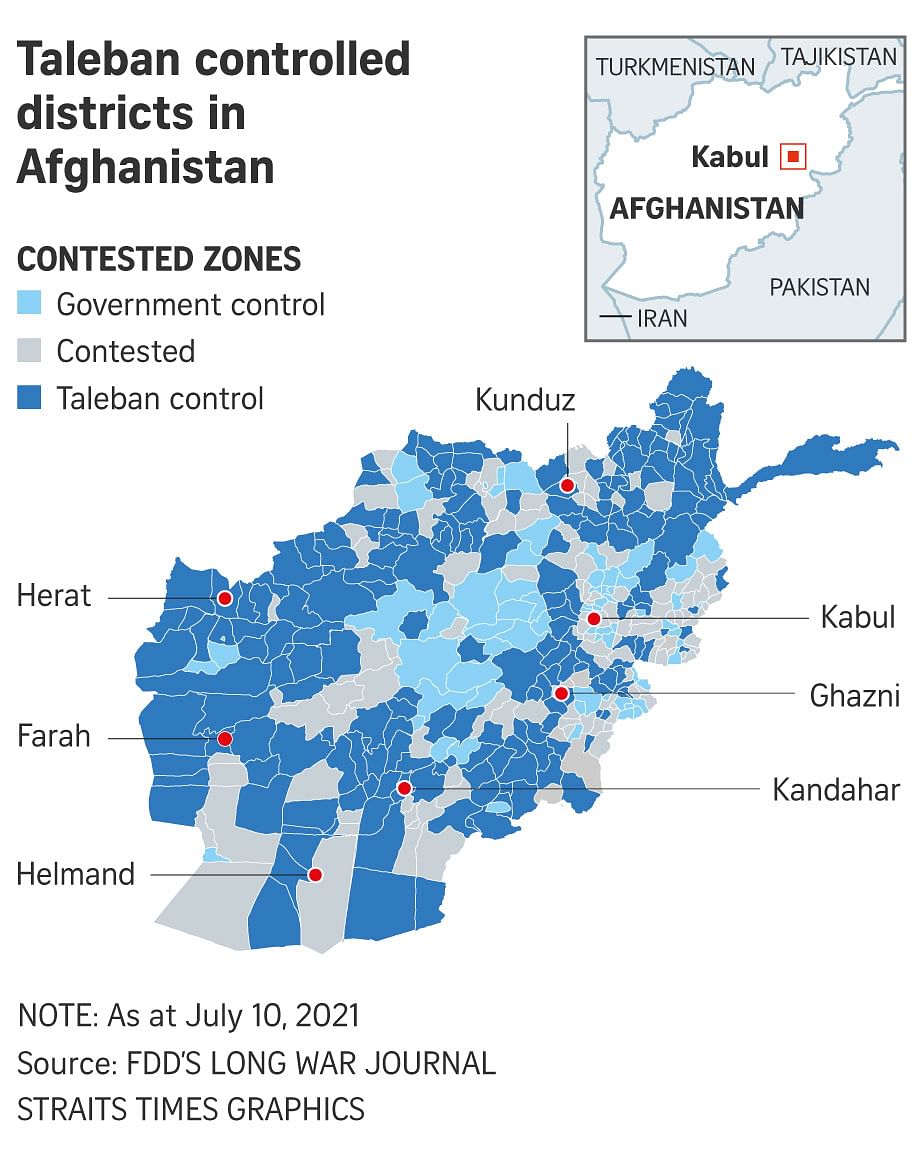 China orders local staff out of US news outlets in Beijing