LONDON (Reuters) – An era of extraordinarily easy monetary policy in the euro zone is drawing to a close as the European Central Bank is set to announce formally on Thursday that its massive bond-buying scheme will be terminated at the end of this year. 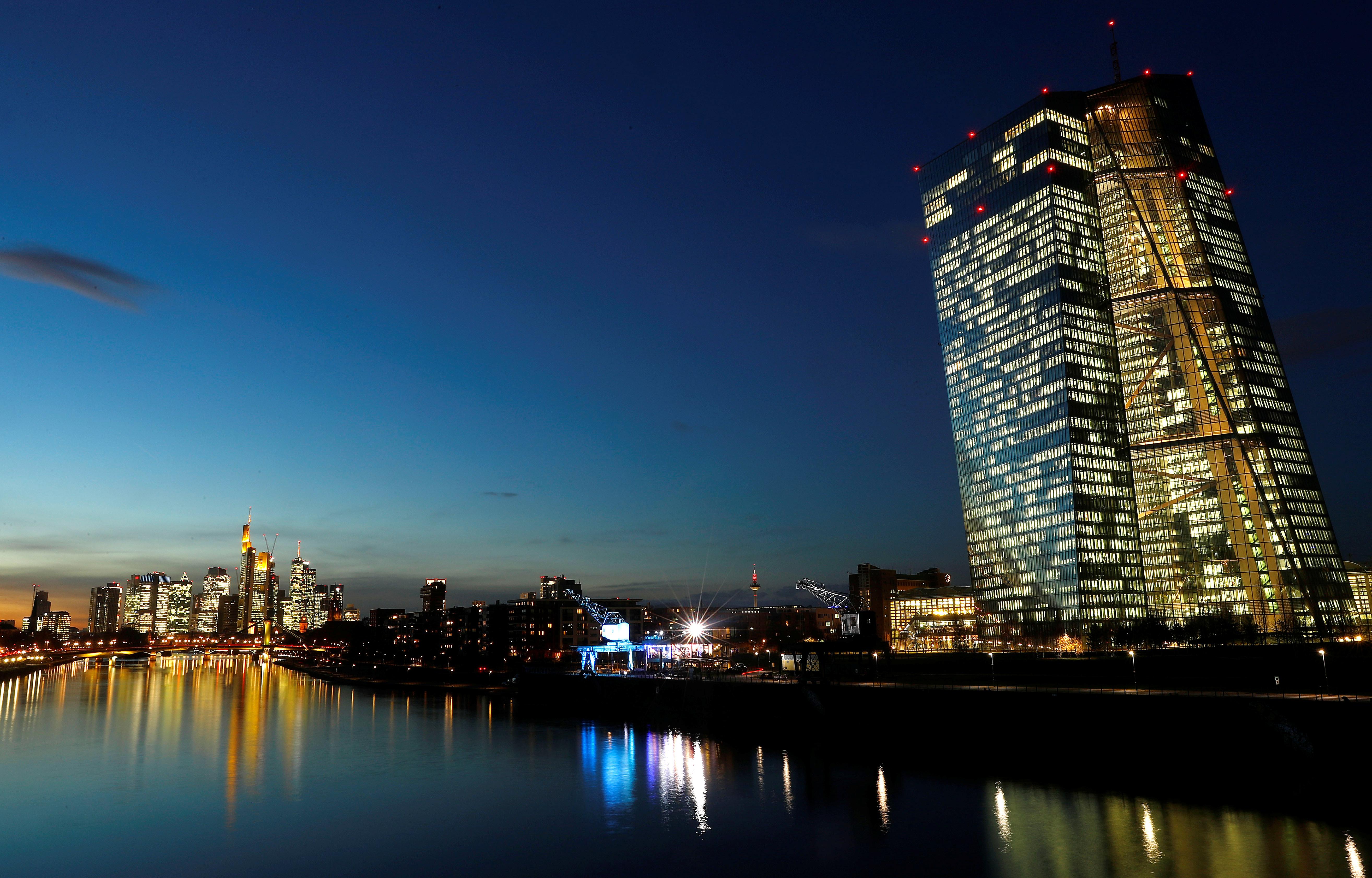 The asset purchase program, a monetary experiment known as quantitative easing (QE), was launched in March 2015 to prevent sub-zero inflation from further hitting an economy still reeling from the euro zone debt crisis.

The ECB has spent 2.6 trillion euros ($3 trillion) over almost four years, buying up mostly government but also corporate debt, asset-backed securities and covered bonds — at a pace of 1.3 million euros a minute. That equates to roughly 7,600 euros for every person in the currency bloc.

As intended, QE has lifted economic growth while wages and lending have risen but inflation remains subdued, complicating the QE exit and ensuring interest rates will stay at record lows for some time. The ECB has also been criticized because the bond buying has depressed interest rates and hurt European banks’ profitability.

The ECB will also plow money from maturing bonds it holds back into the market for years to anchor borrowing costs.

The following series of charts looks at the impact and legacy of the stimulus.

ECB QE IN A NUTSHELL

Having hit a peak of 80 billion euros a month in 2016, asset purchases have slowly fallen with monthly bond buys at 15 billion euros in the final quarter of 2018.

Under QE the ECB’s balance sheet has ballooned to about 4.65 trillion euros. That’s more than doubled since the start of 2015 and is second only to the Bank of Japan, which has pumped money into its economy for years to fight deflation.

Since entering recession in 2012, the euro zone has slowly recovered, surprising markets with a particularly strong performance in 2017. But growth has slowed in recent months, hurt by global trade conflicts and volatility in Italian markets.

The economy is not weak enough to delay the end of QE, but the slowdown comes at a tricky time as the ECB tries to wean the bloc off stimulus.

QE has staved off the threat of deflation and headline inflation is now at the ECB’s near-2 percent target.

But when volatile food and energy prices are stripped out, inflation remains well below target. One positive sign is rising wage growth that economists say will spill over into higher inflation next year. Annual wage growth, at 2.5 percent in the third quarter, was the highest since 2008 and marked the fourth straight quarter of rises.

Over nearly four years, the ECB has labored to depress borrowing costs and boost lending. While this has mostly paid off, the expansion in lending has softened, signaling that the bloc’s growth cycle has peaked.

QE has perhaps been felt most acutely in bond markets. Government borrowing costs in Spain, Portugal and Italy hit record lows after the launch and swathes of the yield curve in countries such as Germany dropped below zero percent.

The euro and stock markets

Having tumbled after the QE launch, the euro has risen on a trade-weighted basis since 2016 due to a stronger economy. This has worried policymakers at times, since a firm currency dampens price pressures.

The impact on equities has been mixed. European markets rallied before the start of QE but are well off peaks hit in 2015. A roughly 30 percent slide in bank stocks since 2015, as the negative interest rate environment eroded margins, helps to explain this.

The ECB will reinvest funds from maturing bonds accumulated under QE in the debt market for some time. ECB data suggests that monthly reinvestments over the next 12 months will average almost 14 billion euros, nearly as much as the monthly ECB purchases in the final three months of 2018.

For an interactive version of the below chart, click here tmsnrt.rs/2Nqxh3Z.

The ECB has made clear interest rates will remain at record lows for some time to ensure its policies bolster the economy and stir inflation upwards long after official new asset purchases end. Investors have begun to question whether the ECB can raise rates next year, given the slowing economy and volatile markets. That is helping to keep short-dated bond yields pinned lower.