Home » Asia » The Relics of America’s War in Afghanistan

But despite years of preparation for this moment, the Americans’ departure from Bagram this past week was marked by little fanfare, seemingly as disjointed as the Afghan government’s plan for what happens next.

For weeks, the Taliban have been carrying out attacks across the country, killing members of the Afghan security forces and forcing hundreds of others to surrender. Throughout the country, warlords — power brokers from the civil-war era of the 1990s and newly minted militia commanders — are calling on Afghan civilians to join their makeshift armies in defending the country. 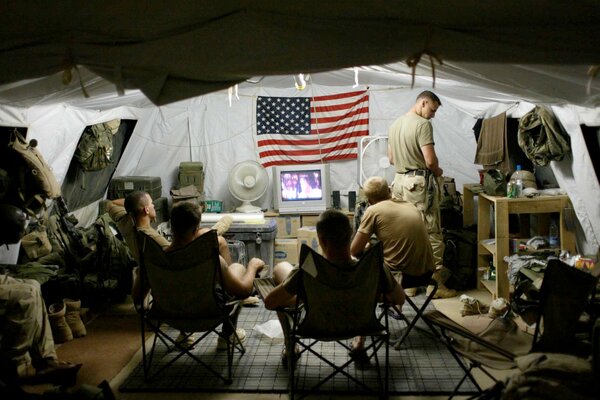 The convergence of government troops, Taliban fighters, warlords and citizen militias signals that the violence will almost certainly worsen. The U.S. military is expected to leave the country completely by Sept. 11, as President Biden follows through on his promise to bring American forces home from the nation’s longest foreign war.

At Bagram, the new tenants are the Afghan security forces who will inherit the conflict the United States built for them, along with fields of military equipment, vehicles and weapons that will long represent the war’s grim legacy and the country’s uncertain future.

To continue the fight, the United States has left behind its tan and green pickups and its Humvees, along with its Hesco barriers, the cube-shaped, dirt-filled boxes used to build and protect American, now Afghan, outposts.

But so many U.S.-supplied weapons have been captured, bought or stolen by the insurgents that if the Taliban said they had more American M16s than Russian Kalashnikovs, it would be hard to fact-check. Even the U.S. special inspector general who oversees the war in Afghanistan isn’t sure how many American firearms were sent into the country to prop up the security forces in the past two decades.

The physical objects left behind are reminders of decades of loss — staggering numbers of deaths on all sides, especially among Afghan civilians, as well as devastating injuries. Also part of history now are the failed strategies cobbled together by a string of American generals, who said that everything was on schedule and all was going well.

Roughly a mile from the air base that American forces left behind on Thursday night is a squat row of brick-and-steel stores staffed by Afghan vendors, the keepers of the physical relics that have fallen off the backs of trucks and been salvaged from piles of trash. A black coffee mug that reads, “Been there … done that, Operation Enduring Freedom,” its bar code sticker still attached, is just one of the thousands of items that tell a story from what was once deemed “the good war.”

Hashmatullah Gulzada sat behind the counter in one of those shops, a closet-size space he opened a year ago after working as a truck driver. The cramped confines were packed floor to ceiling with wartime relics, snacks, bags and body care products.

The quiet resignation of shopkeepers like Mr. Gulzada has echoed for some time in Bagram, a town of grape vineyards and an economy dependent on the refuse of an airport used by two superpowers in the past 40 years.

Even with some of the last American cargo jets flying out that day in late June, Mr. Gulzada was still not quite sure whether the United States would leave entirely.

“If they leave, business will get bad,” Mr. Gulzada said.

Near the windowsill was a single red Rip It, the high-sugar, high-caffeine energy drink that kept thousands of U.S. and NATO troops awake on patrol, or in the cabs of armored vehicles so large some that Afghans call them tanks.

Mr. Gulzada says Rip It costs 120 afghanis, roughly $1.50, a steep price linked to the love of energy drinks that Afghan youths developed after the 2001 U.S. invasion. (A Rip It billboard in Kabul, the capital, attests to that devotion).

On the floor of his shop, in a pile of knickknacks and shampoo bottles, is a weathered black strip with wide Velcro straps known as a “combat application tourniquet.” Nearly every American soldier and contractor who passed through Afghanistan carried one, its ease of use having saved many lives.

More than 20,000 U.S. troops were wounded in Afghanistan. (Another 1,897 were killed in action, and 415 died from “nonhostile” causes.) The combat application tourniquet was there in many cases, a fixture in the carnage of a roadside bomb or armed assault, fumbled out of a pouch and hastily slid up some mangled limb and tightened until the bleeding stopped.

Mr. Gulzada sells the tourniquet for roughly 25 cents less than Rip It. Medical providers buy them, shopkeepers say, along with the foldable American stretchers that carried the wounded and dead across the battlefield and are now for sale. They blend in with a few artificial Christmas trees from the base that made their way to the shops.

The holiday decorations, at one point or another, probably adorned the corners of some staff office at the airfield. Bagram Air Base ballooned from a partly destroyed former Soviet military airfield when the Americans arrived in 2001 to a mini-city by the height of the war in 2011. It had tens of thousands of occupants, fast-food restaurants, shops and a notorious military prison that was later handed over to the Afghans.

But Bagram as it was then has been dismantled, slowly at first as the U.S. presence declined. As they left, the Americans demolished things like armored cars and more than 15,000 other pieces of equipment deemed excess property, a catchall that allows U.S. forces to destroy items so they are not sold by the Afghans for profit.

Farid, another shopkeeper in the strip, who like many Afghans uses one name, said that most material leaving the base in recent weeks had been destroyed and dumped as trash, helping the scrappers but providing little to stock his shelves.

Not everything was dismantled or ruined. Tucked under a cot in another shop was a pair of used brown combat boots, a hallmark of the nearly 800,000 U.S. troops who rotated through Afghanistan over the past two decades.

Their distinctive prints allowed the Taliban to track American patrols in the desert-covered south. In the unforgiving terrain of the east, such as in the Korengal Valley, the boots broke down quickly as soldiers made strenuous climbs and forged ice-cold streams.

For Americans, the boots were what they saw as they stared down at the earth, one step after another, patrol after patrol, wondering whether their weight would trigger a roadside bomb buried beneath.

After all the years of fighting, many of the places where U.S. and international troops walked are in the hands of the Taliban. That is especially so now, as the insurgent group inches closer to Kabul and as districts fall, by military force or otherwise, one after another. Afghan forces have retaken some, but not nearly enough to break the offensive’s momentum.

Even now, the Taliban is less than 50 miles from Bagram, something acutely felt at the shops near the base. Pointing to a bulletproof plate used in body armor, one shopkeeper, who declined to provide his name, said it wasn’t for sale anymore.

“This is for ourselves,” he said. “Tomorrow there is going to be a war.”