Trade union estimated 160,000 workers, including 10,000 outside parliament in capital Seoul, turned up. 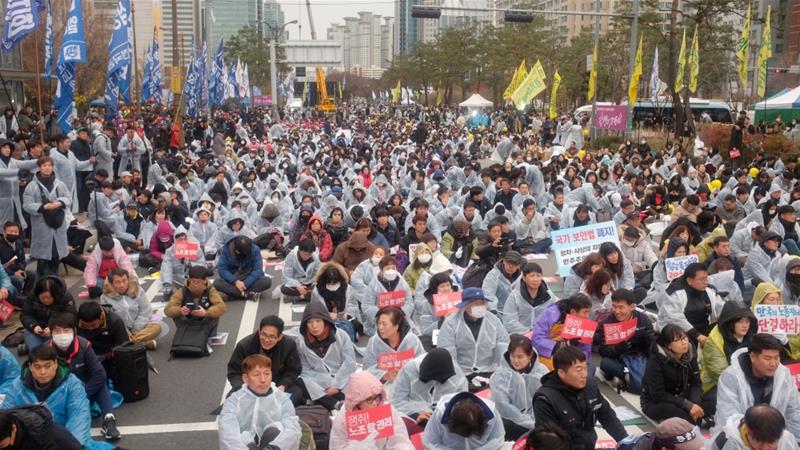 Tens of thousands of workers launched a half-day strike across South Korea, accusing the government of rolling back pro-labour policies in the face of deepening economic woes.

Around 40,000 of those who put down tools – including some in the car industry – rallied in the capital Seoul and 13 other cities on Wednesday, the Korean Confederation of Trade Unions (KCTU), a major labour umbrella group, said.

Almost 10,000 of those gathered outside the country’s parliament wearing red headbands, chanting slogans and waving banners, as hundreds of riot police took positions nearby.

The KCTU estimated 160,000 affiliated workers would join the walkout nationwide.

A government move to introduce greater flexibility to the country’s maximum 52-hour work week – to adjust to fluctuations in demand – has particularly angered workers. 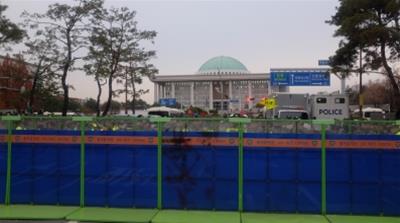 “Since President Moon Jae-in came to power, the policies on labour have gone backward. Even though he raised minimum wage by 16 percent, he revised the sector to be included in the calculation of wages only to make the raise useless for workers,” Jung Su-nam, KCTU spokesperson, told Al Jazeera.

“If this situation doesn’t change, we are willing to make another strike to make things right.”

These difficulties have hit his approval ratings, now at 52 percent – a drop of 13 percentage points over five weeks, according to Gallup Korea.

Yeon Sun-lee, a 61-year-old cleaner, turned up at the protest hoping that the government would “make long-term irregular workers into regular workers”.

“I’ve worked in a hospital for 11 years as a cleaner. The Moon administration promised to make long-term irregular workers like me become regular workers but that doesn’t seem to be happening anytime soon,” said Sun-lee.

“I just want to live in a place where there is no discrimination. I want to be treated equally as a worker. Nothing has changed much in my life after Moon became president. Rather, we have become more angry to see discordance between his words and actions.” 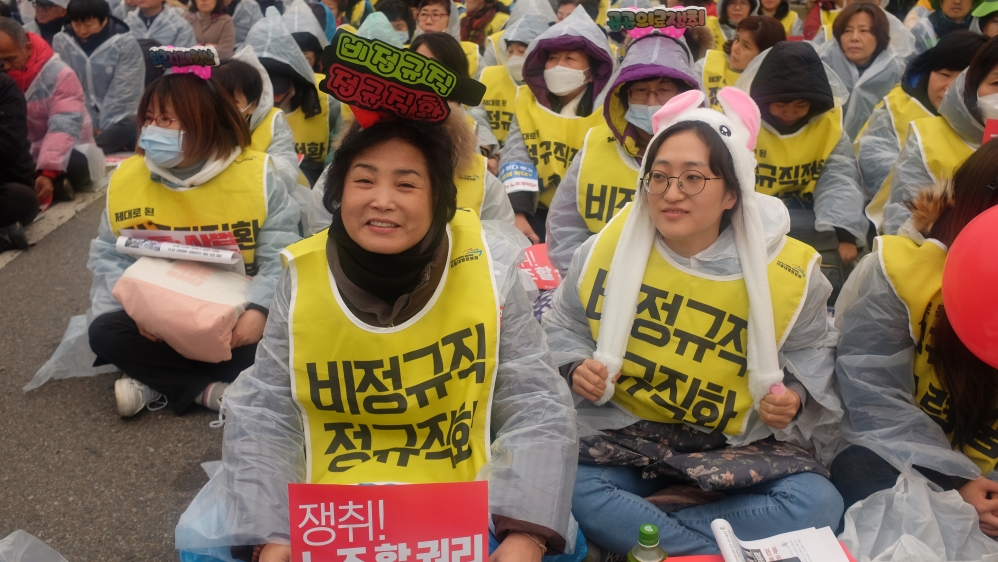 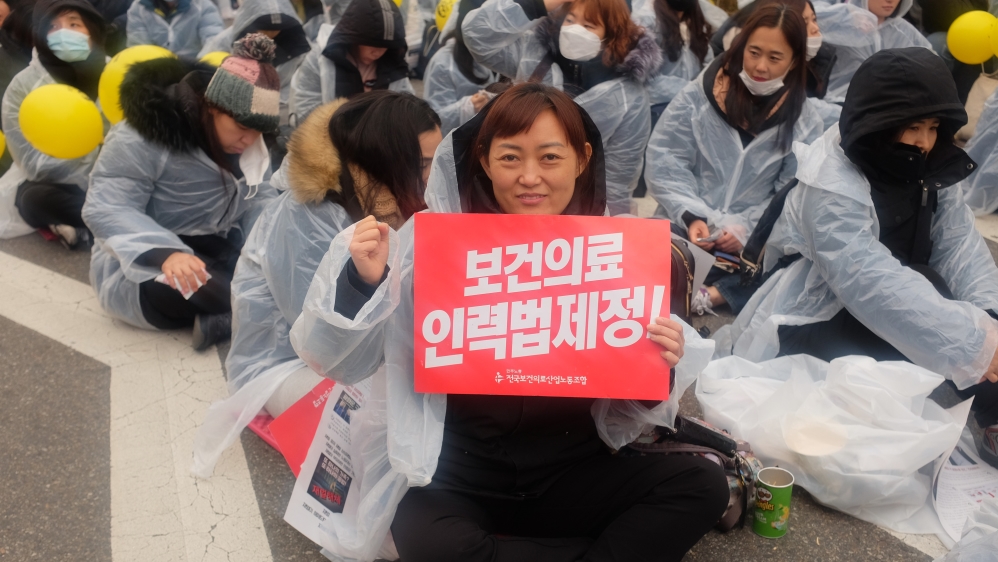 Fed's Powell: No 'booming' in U.S. economy that threatens to go bust

Cities could be an ally in climate change fight: Experts