SINGAPORE – Transparent recycling bins were launched on Sunday (Nov 14) in selected HDB blocks in Bukit Batok, Bedok South and Upper Changi to establish whether they can encourage better recycling behaviour.

The initiative, spearheaded by the Ministry of Sustainability and the Environment (MSE) and the National Environment Agency (NEA), consists of two concurrent pilot programmes that will run for eight weeks until Jan 9, 2022.

The locations of the pilot programmes are within Hong Kah North SMC and East Coast GRC.

All recycling bins in the second pilot will also be transparent.

The idea of having transparent recycling bins came from the Recycle Right workshop convened by MSE in 2019, where more than 40 individuals from diverse backgrounds gathered to contribute ideas on how to improve the way households recycle.

MSE identified four viable projects that would be piloted out of nine proposals presented, one of which was the use of transparent recycling bins to help facilitate an informed recycling process for the public.

“(The transparent recycling bin) seeks to encourage the right recycling behaviour and reduce the contamination rate of the recyclables in the blue bins,” said Senior Minister of State for Sustainability and the Environment Amy Khor, who launched the two pilots during the Hong Kah North Environment Drive 2021 event on Sunday.

She added that the idea of the bins was to allow people to “see what is inside the recycling bin”, which will thus “deter any improper use of the bin and encourage them to deposit only recyclables into the bins”.

Past surveys conducted by MSE and NEA showed that while six in 10 households recycled regularly, many still lacked knowledge in proper recycling. 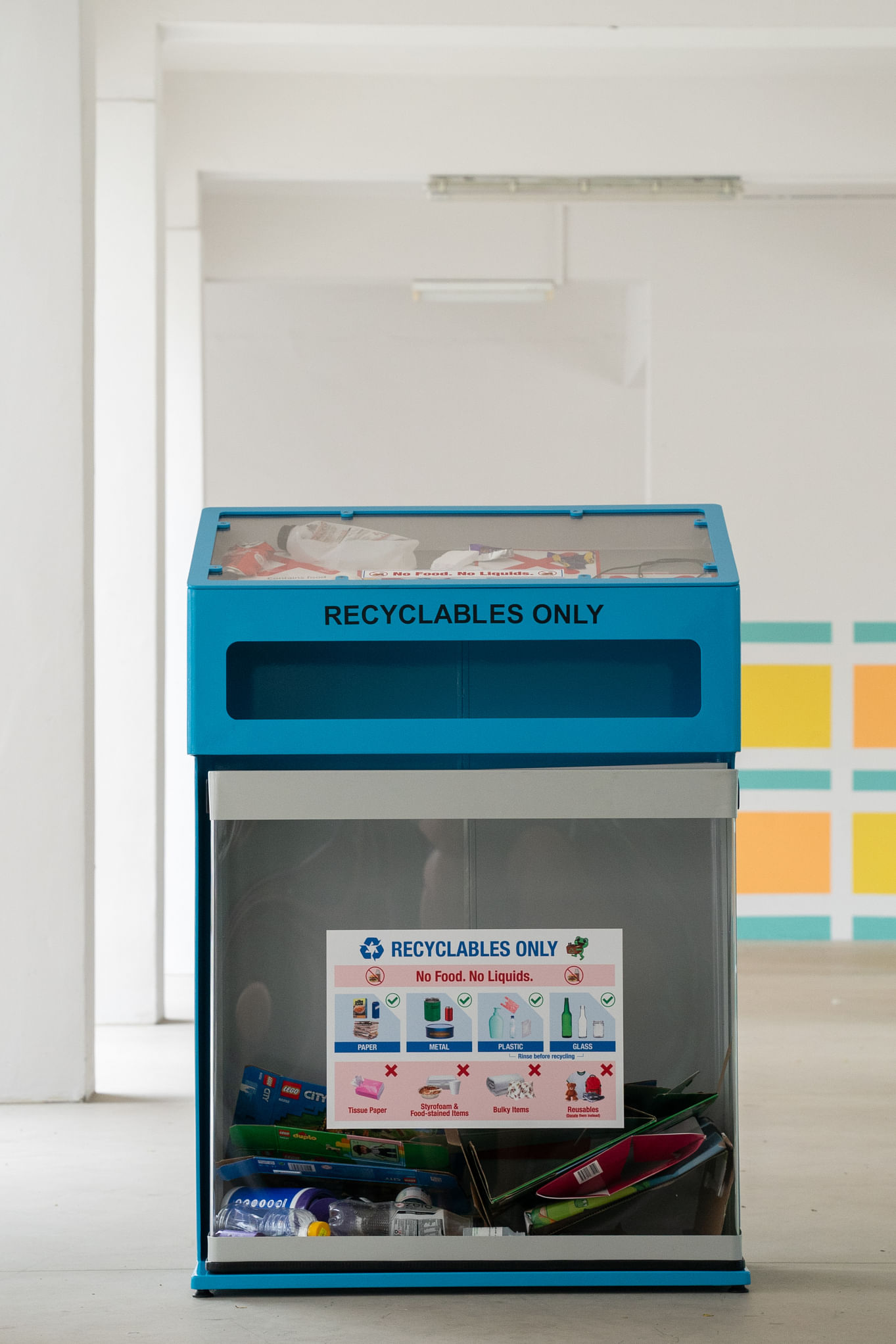 About 40 per cent of the items deposited inside blue recycling bins cannot be recycled because they are either non-recyclable or are recyclables that had been soiled by food and liquid waste, said MSE and NEA in their statement on Sunday.

Non-governmental organisation Zero Waste SG will be involved in the day-to-day management of the pilots and conduct a survey with residents to evaluate them.