Home » Asia » Trump wants a weaker dollar. It could be a hard sell

WASHINGTON/SAN FRANCISCO (Reuters) – President Donald Trump wants a cheaper dollar, saying earlier this month the United States should match what he says are efforts by other countries to weaken their own currencies – giving them an unfair trade advantage. 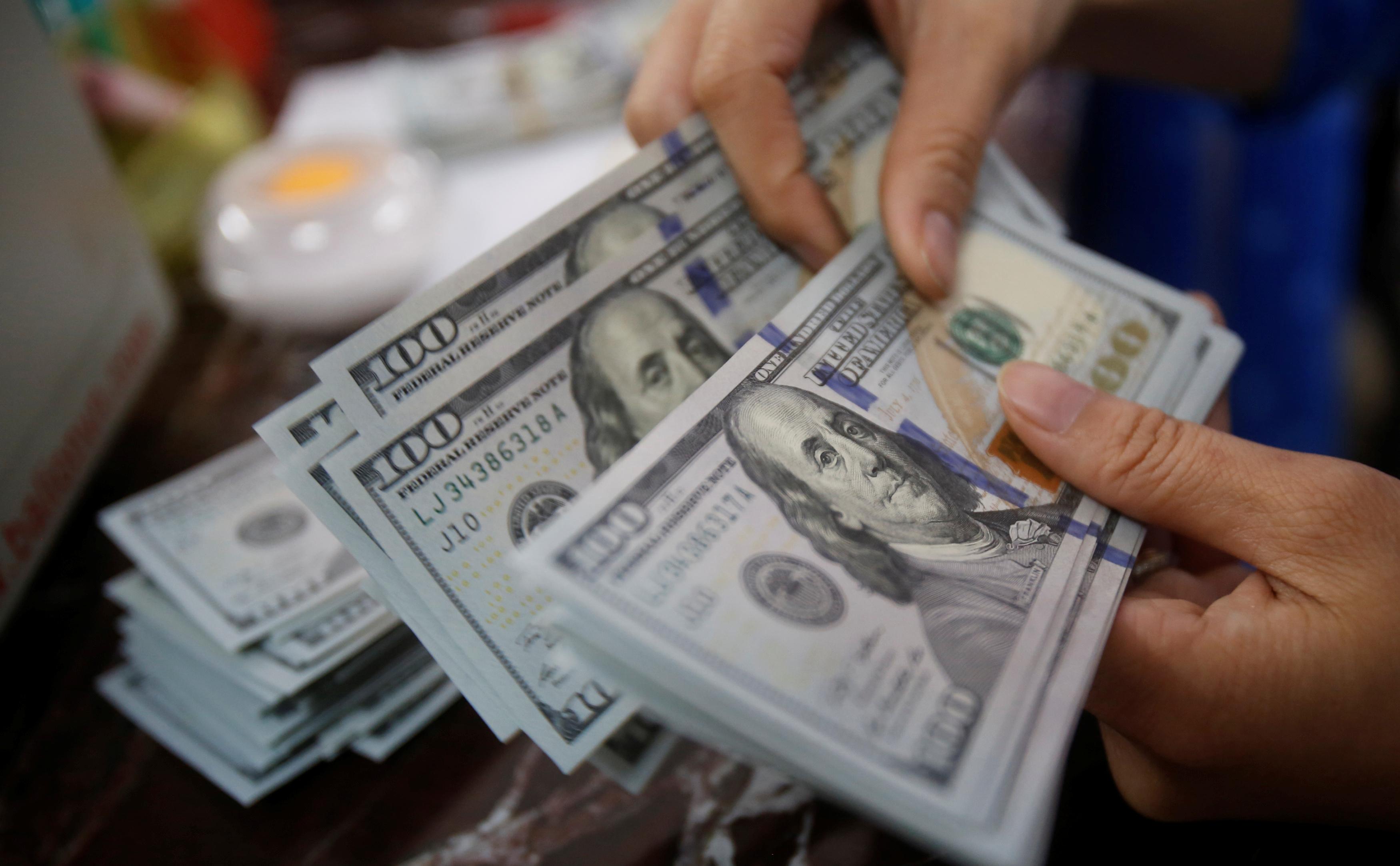 The comments have prompted speculation the president could order sales of the greenback, which is near a multi-decade high and, according to the International Monetary Fund on Wednesday, at least 6% stronger than warranted by economic fundamentals.

Trump has railed repeatedly against the Federal Reserve for raising interest rates, complaining that the higher rates are holding back U.S. economic growth. But while signs increasingly point to the Fed’s cutting rates when it meets at the end of this month, the lower rates are unlikely to weaken the dollar to a level that Trump wants.

But a currency intervention could spark pushback from other countries, jeopardize the dollar’s status as the world’s reserve currency and touch off market turmoil. It is also not clear the Trump administration can significantly weaken the dollar without help from the U.S. central bank, which operates independently, or new powers from Congress.

WHAT COULD TRUMP DO?

Trump’s talking down the dollar – an unusual step for a U.S. president – has been effective, though less so more recently.

To weaken it further, the U.S. Treasury could sell the greenback to buy foreign currency, using dollars that it holds on reserve. It has not done that since spending $1.3 billion in September 2000 as part of an international effort to combat a collapse in Europe’s new currency, the euro.

Most of America’s $126 billion in reserves are parked in its Exchange Stabilization Fund (ESF). But if Washington’s unilateral actions spark a currency war, that might not be enough firepower to win. “There are plenty of hedge funds that have more clout than that,” said Paul Ashworth, an economist at Capital Economics.

By comparison, China has $3.1 trillion in reserves. Roughly $5 trillion are traded in the world’s currency markets each day.

The U.S. Treasury declined to comment on whether interventions were under consideration.

The administration could also seek access to more funds from Congress, said Joseph Gagnon, fellow at the Peterson Institute for International Economics and a former economist at both the Fed and the Treasury. That might entail lifting a legal limit on the Treasury’s borrowing authority, allowing the administration to raise more cash to buy foreign currencies. “If you get rid of the debt ceiling, it’s clear the U.S. would win in a currency war,” said Gagnon.

Getting the Fed on board would pose its own challenges. The Fed sets interest rates to meet mandates assigned by Congress: stable prices, full employment and moderate long-term interest rates.

A weaker dollar could make imports into the United States more expensive and help the Fed by pushing inflation toward the central bank’s 2% target. But intervening in foreign exchange markets to drive it lower would go against a 2013 agreement among finance ministers and central bankers of the world’s biggest economies to avoid using exchange rate targets to meet their economic objectives.

“It is not clear the Fed would be willing to act unilaterally in a way that would antagonize the Bank of Japan and the European Central Bank,” said Brad Setser, a fellow at the Council on Foreign Relations.

Speaking on June 19, Fed Chair Jerome Powell declined to say whether the central bank would support a currency intervention, saying that exchange rate policy is the Treasury’s responsibility.

CURRENCY AS A BAROMETER

Even with limitless dollars, it is not clear Washington could control the value of the dollar, which reflects the strength of the U.S. economy and the attractiveness of its assets compared with those of other countries.

A key source of the dollar’s strength is the relative weakness of the European economy, which has led the European Central Bank to keep interest rates low while the Fed has raised borrowing costs since 2015.

The dollar has strengthened recently due to reduced investor appetite for risky assets amid rising trade tensions and a slowing global economy, according to the IMF assessment. The IMF said the euro’s valuation was appropriate for the euro zone as a whole but was too low for Germany’s fundamentals.

“Interventionist measures to drive down the dollar’s value are likely to be overwhelmed by the configuration of macroeconomic fundamentals,” said Eswar Prasad, a trade policy expert at Cornell University.

(For a graphic on ‘The Dollar, the President and the Fed’ click tmsnrt.rs/2Sj673q)

IT COULD HAPPEN ANYWAY

The dollar may be poised to weaken even without any actual U.S. intervention. Just the possibility is putting downward pressure on the greenback, said Stan Shipley, strategist at ISI Evercore.

The Fed’s expected rate cut later this month and a few more anticipated reductions over the next year or so should also weaken the dollar.

Meanwhile, U.S. economic growth is widely expected to slow, closing the gap with growth in Europe, while widening U.S. budget deficits could also depress the dollar.

“Monetary policy itself looks like it’s almost certainly going to pull the dollar downward,” said Erik Norland, an economist at CME Group, whose interest-rate futures market is widely used as a gauge of market expectations for Fed policy.

(For a graphic on ‘rate divergence inline’ click tmsnrt.rs/2k3DWsA)

Hundreds of Bangladeshi 'extremists' to surrender to police

Suspect in Kyoto Fire Had Criminal Record and Trouble With Neighbors