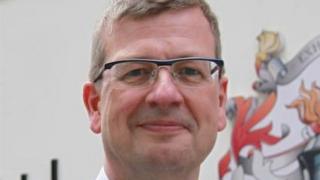 A British headmaster has been sent to jail for 10 months in Singapore for smoking methamphetamine.

Damien Michael Charnock, 60, pleaded guilty to three offences at the state court, including the possession of 11 packets of the drug, known as ice.

He was arrested at a flat on Balmoral Road in the city on 5 March.

Charnock was a former head of Dulwich College Shanghai – an off-shoot of the London public school – and of Wilson’s, a boys’ grammar in south London.

Charnock was originally charged with five offences, four of which carried a maximum sentence of 10 years’ imprisonment. But he pleaded guilty to, and was sentenced for, three:

After sentencing on Friday, District Judge Carol Ling allowed him to speak briefly to his partner in the dock before he was taken to prison.

Charnock was born in Preston, and grew up in Carlisle and Kuala Lumpur, where his father worked for the British armed forces.

After reading philosophy and theology at the University of London he was ordained as a priest but soon turned to teaching.

In a 2015 interview – a year after he was appointed at Dulwich College Shanghai – he said he had a family history in South East Asia.

He was headmaster of Wilson’s for 15 years, and was previously deputy head at Latymer in London.