KYIV (Reuters) – Ukrainian Central Bank Governor Yakiv Smoliy said on Friday he had quit to register a protest against sustained pressure from the government and politicians to take policy decisions that were not based on economics. 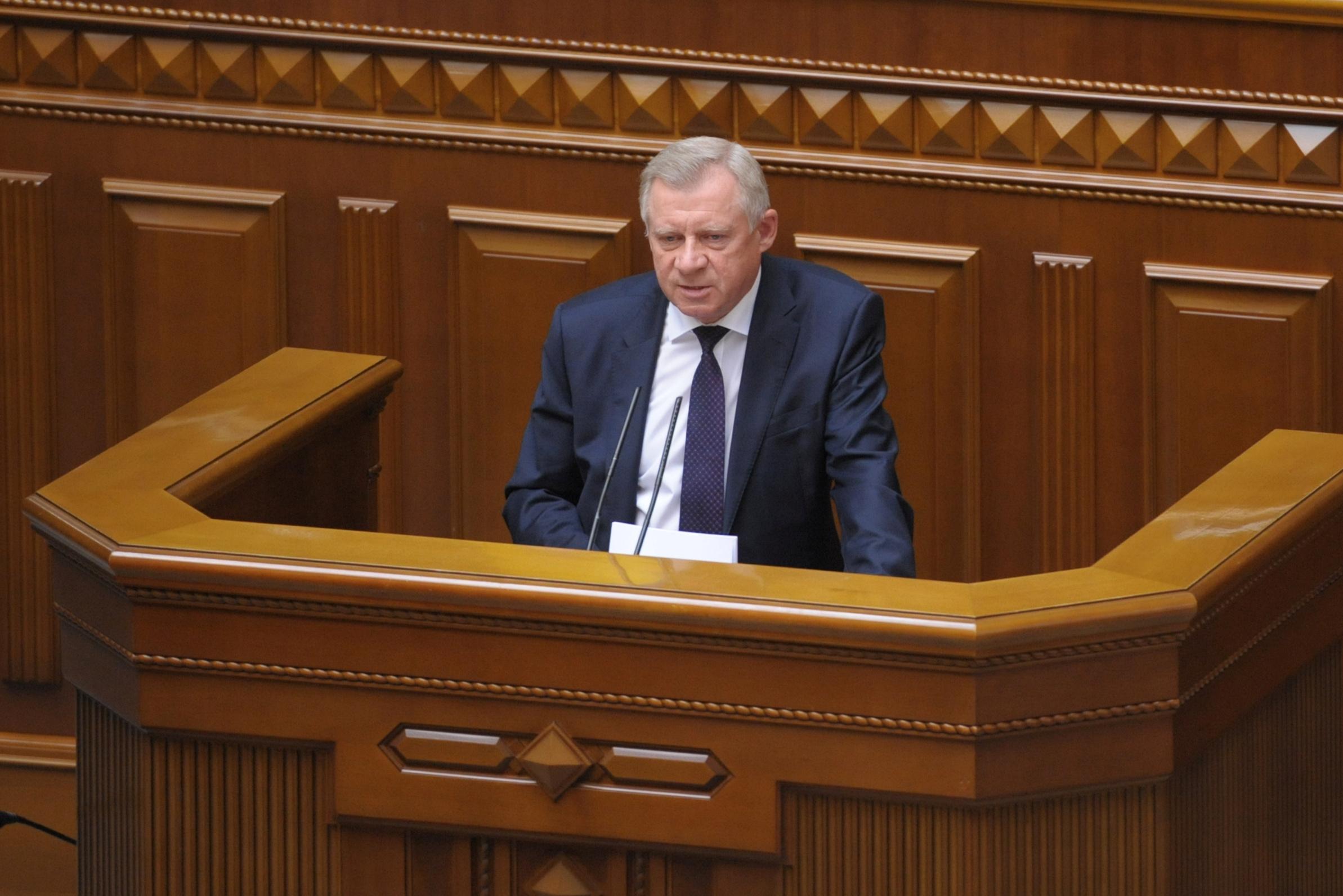 Speaking minutes before parliament voted to approve his resignation, Smoliy said the National Bank of Ukraine (NBU) had been pressured to cut interest rates, let inflation rise and the hryvnia lose value.

He also complained of smear campaigns against him and other central bank employees, paid rallies outside the bank and pressure being exerted on courts where the central bank was involved in legal cases.

It was the first time Smoliy has spoken at length in public since his shock resignation on Wednesday evening, which rattled the market and raised concerns among Ukraine’s Western backers about the government’s commitment to reforms.

“My resignation – this is a protest, a signal, a red line,” Smoliy told lawmakers.

“I made a difficult but necessary decision – to resign, because for a long time the National Bank has been under systematic political pressure, pressure to make decisions that are not economically justified … and can cost the Ukrainian economy dear,” he added.

President Volodymyr Zelenskiy’s office has denied that Smoliy has been put under pressure and sought to reassure investors that the central bank would remain independent under Smoliy’s successor, who has yet to be named.

Zelenskiy’s party is discussing several potential candidates and will aim to confirm the appointment in parliament between July 14 and 17, lawmaker Iryna Vereshchuk said, according to Interfax Ukraine.

The candidates include Danylo Hetmantsev, head of the parliamentary finance committee and a member of Zelenskiy’s party.

They also include the head of the central bank’s supervisory council, Bohdan Danylyshyn; Kyrylo Shevchenko, the head of the state-run Ukrgasbank, and Volodymyr Lavrenchuk, the former head of Raiffeisen Bank Aval, she added.

Smoliy’s deputy Kateryna Rozhkova took temporary charge and told reporters at a briefing that maintaining the central bank’s independence would remain a “red line”, and that it would not be pressured into printing money.

Indonesia Knows Tsunami Threat. But It Was Still Blindsided by Killer Waves.

Japan may slide toward recession as 'Abenomics' impact fades