(Reuters) – U.S. stocks were on track to open lower on Monday, as investors braced for what could be the first decline in corporate earnings since 2016, while a drop in Boeing shares pressured Dow futures. 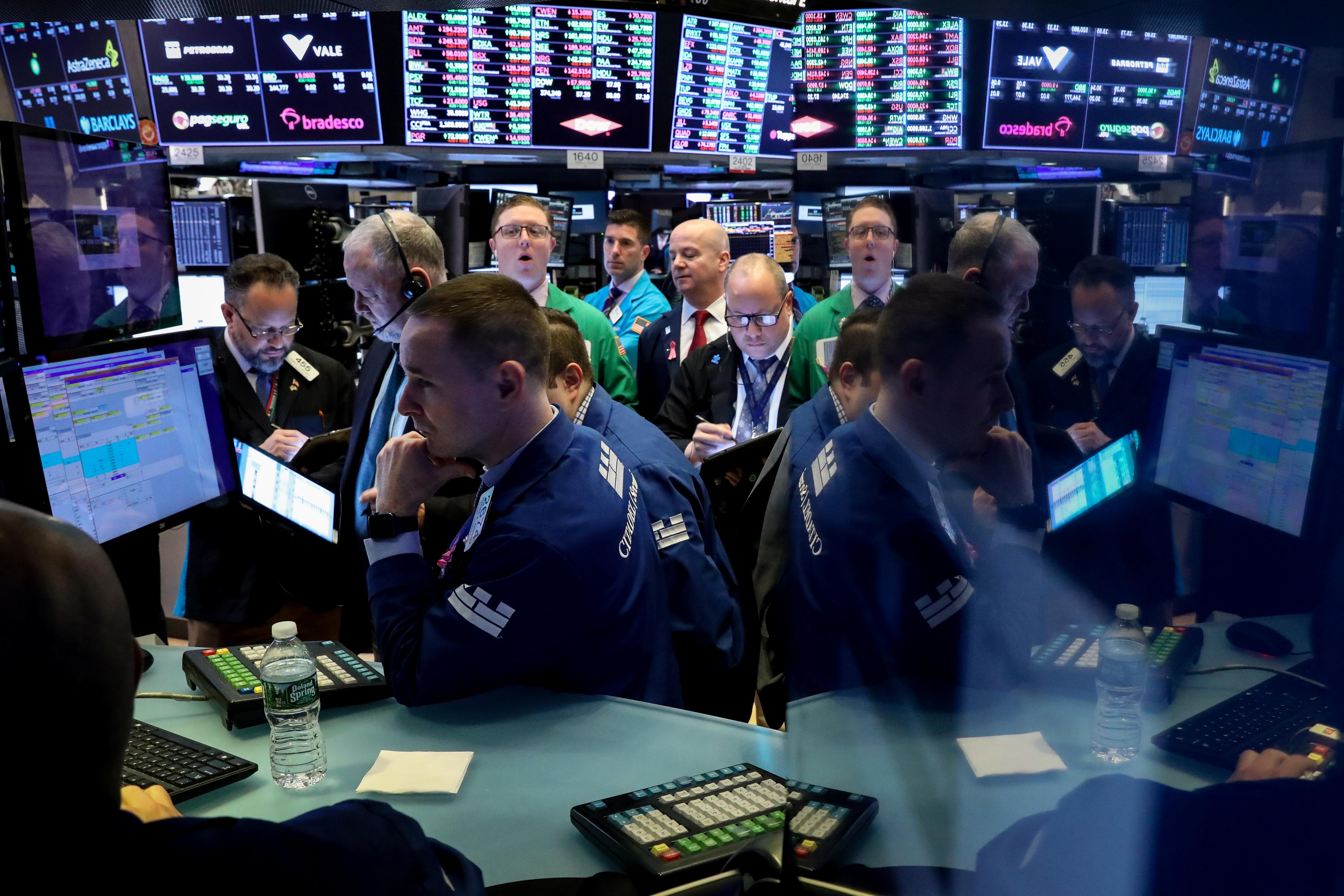 Major banks are slated to kick off first-quarter earnings season later in the week and analysts expect a 2.2 percent fall in S&P 500 earnings, according to Refinitiv data.

After seven straight days of gains, the S&P 500 index is now 1.6% away from its record closing high hit in September, lifted by the Federal Reserve’s decision to hold off on interest rate hikes in 2019 and hopes of a China trade deal.

“While we underestimated the impact of the Fed’s pivot on equity prices, we see the earnings recession as just the beginning,” Morgan Stanley analysts led by Michael Wilson wrote in a note.

“We think there will need to be some evidence of a real turn in earnings growth for U.S. stocks to advance much further.”

The S&P 500 is trading 16.6 times its next 12-month earnings estimate, up from 14.6 times during the peak of December sell-off but below the 17.3 times at its record high hit in late September.

Boeing slipped 4.3% in premarket trading, following the planemaker’s decision to cut production of its 737 aircraft by nearly 20%.

“The biggest story today is Boeing, which is a key company in the U.S. and is giving markets a soft tone to start the day,” said Rick Meckler, partner at Cherry Lane Investments in New Vernon, New Jersey.

“In general, there is a concern that stock prices don’t match equity earnings.”

Investors are also closely watching for developments in U.S.-China trade negotiations. The White House said on Friday after three days of trade talks with Chinese officials in Washington that the negotiations “made progress on numerous key issues” but “significant work remains.”

Among other stocks, General Electric Co fell 6.2% after J.P.Morgan downgraded the conglomerate’s shares to “underweight”, saying Wall Street is over projecting the bounce in cash flow in the coming years.

Micron Technology was down 2.4% after Cowen and Co cut its rating on the chipmaker’s stock to “market perform” from “outperform”.

Procter & Gamble Co climbed 0.6% after Wells Fargo raised its rating on the company’s stock to “outperform” from “market perform”.