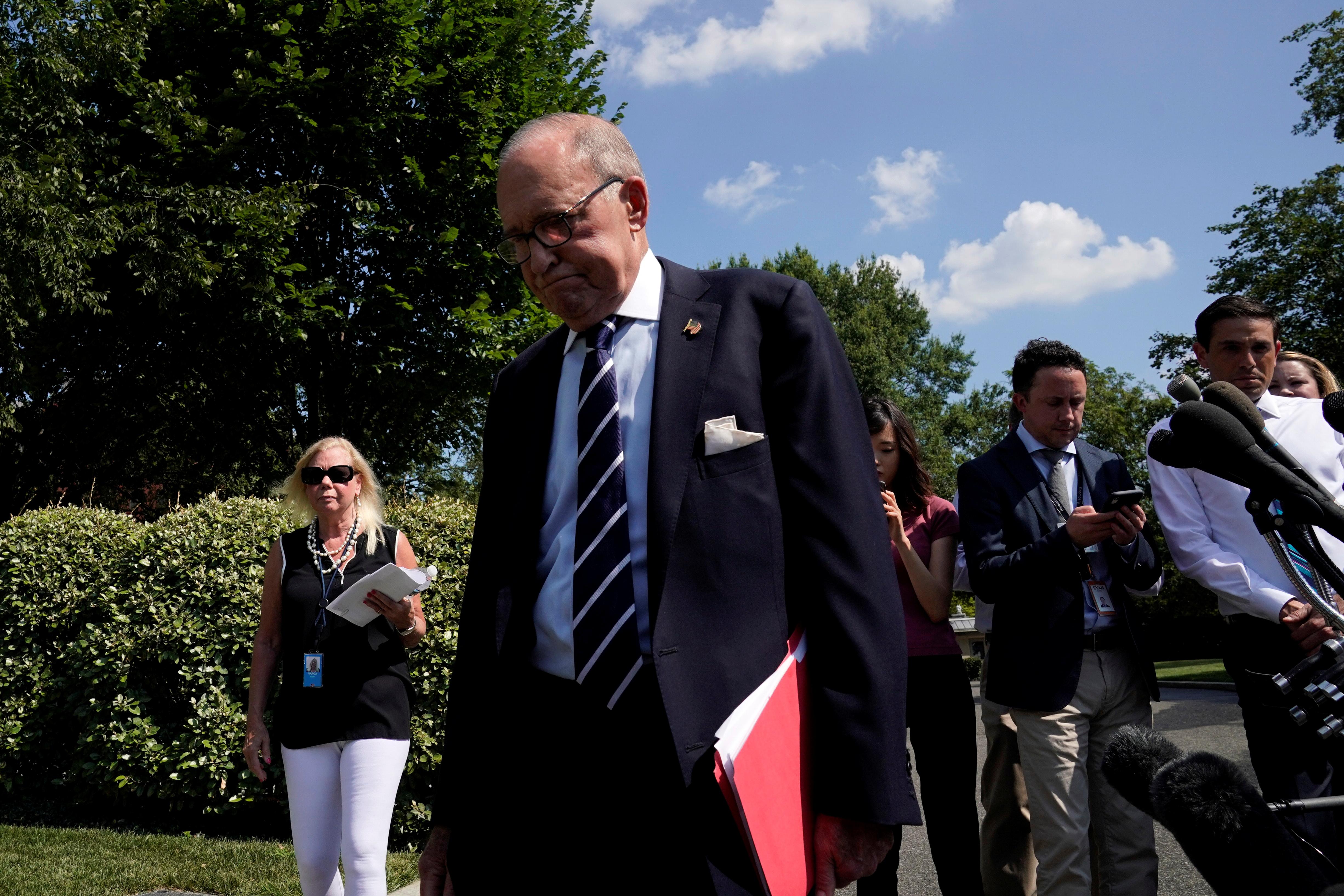 WASHINGTON (Reuters) – White House economic adviser Larry Kudlow said on Friday he does not expect a grand deal from next week’s trade talks with China but that U.S. negotiators hoped to reset the stage for further productive talks on reducing trade barriers.

“They’re going to meet next week in Shanghai,” Kudlow said in an interview with CNBC. “I wouldn’t expect any grand deal. I think, talking to our negotiators, they’re going to kind of reset the stage and hopefully go back to where the talks left off last May.”

“We were doing well. No deal yet, but still on the structural issues, regarding IP (intellectual property) theft, forced transfer of technology, cyber interference, trade and non-trade, tariff barriers and so forth, certainly the enforcement mechanisms,” Kudlow added. “But if we were 90 percent there with 10 percent to go … I think our negotiators want to go back to that spot.”

The White House said on Wednesday that U.S. Treasury Secretary Steven Mnuchin and Trade Representative Robert Lighthizer would meet with Chinese Vice Premier Liu He for talks in Shanghai starting on July 30.

It would be their first face-to-face meeting since Presidents Donald Trump and Xi Jinping agreed to revive talks to end their yearlong trade war.

Talks collapsed in May after China reneged on promises made in earlier negotiations, U.S. government and private-sector sources said at the time.

The governments of the world’s largest economies have levied billions of dollars of tariffs on each other’s imports, disrupted global supply chains and shaken financial markets in their dispute over how China does business with the rest of the world.