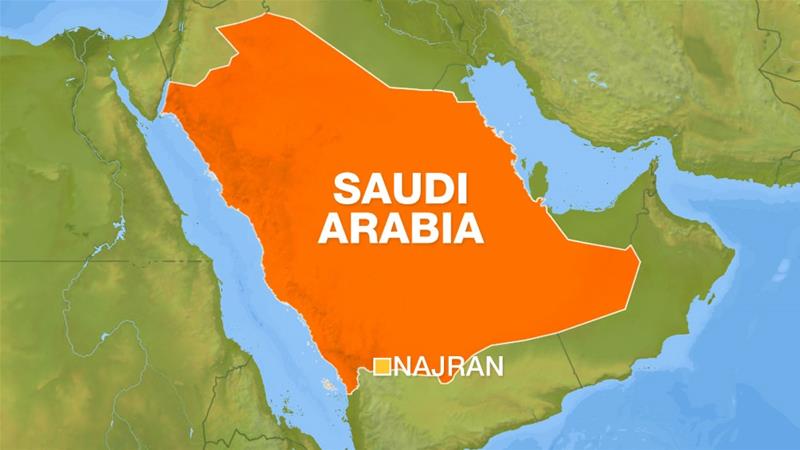 Yemen’s Houthi group has claimed that its forces crossed the border into neighbouring Saudi Arabia, which leads a military coalition against them, and took control of more than 20 positions.

Speaking to Yemen’s SABA news agency, Houthi spokesman Yahya Sarei said on Wednesday that the military sites in the kingdom’s southwestern Najran province were captured in a “surprise” offensive carried out over the past three days.

The spokesman said that more than 200 personnel affiliated with the Saudi-UAE-led military coalition battling the Houthis had been killed or wounded, while many others were captured along with large quantities of military equipment.

“We have extensive video footage of the operation which will be broadcast later,” Sarei was quoted as saying.

His claims could not be independently verified. There was no immediate comment from Saudi Arabia or the military coalition.

Earlier on Wednesday, the Houthi-run Al-Masirah television channel reported that Houthi fighters had launched multiple attacks on several Saudi military positions in Najran, which is located adjacent to the Yemeni border.

Yemen’s latest conflict broke out in late 2014 when the Houthis, allied with forces loyal to former President Ali Abdullah Saleh, seized much of the country, including the capital, Sanaa.

The war escalated in March 2015 when a military coalition led by Saudi Arabia and the United Arab Emirates launched a fierce air campaign against the rebels in a bid to restore the internationally recognised government of President Abd-Rabbu Mansour Hadi.

Since then, tens of thousands of civilians and combatants have been killed and as many as 85,000 children may have starved to death.

Top stories from The Straits Times on Saturday, March 23