LONDON (Reuters) – The Japanese yen plumbed eight-month lows while China’s yuan climbed to its highest level since July on Tuesday as the U.S. Treasury Department reversed its decision in August to designate China as a currency manipulator. 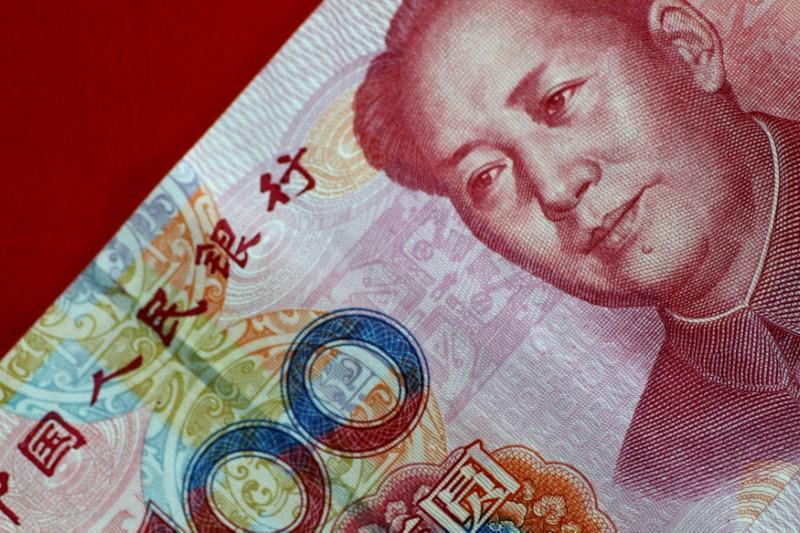 The announcement came as Chinese Vice Premier Liu He arrived in Washington ahead of Wednesday’s signing with U.S. President Donald Trump of a preliminary trade agreement aimed at easing tensions between the two countries.

“Washington’s decision to lift its designation of currency manipulator on China has added to the positive mood that has been already in place ahead of the signing of the trade deal,” said Minori Uchida, chief currency strategist at MUFG Bank.

People familiar with the negotiations said that although the manipulator designation had no real consequences for Beijing, its removal was an important symbol of goodwill for Chinese officials.

In onshore trade, the yuan strengthened to 6.8731 per dollar CNY=CFXS, its strongest level since late July. It was last at 6.8842.

In addition to hopes of easing in the U.S.-China trade war, solid China trade data helped to boost optimism about the Chinese economy and the yuan.

Exports grew 7.6% and imports jumped 16.3% in December from a year earlier, both handily beating expectations.

“The interesting question is how long can this optimism last, how much further can it go. A lot surely has to be in the price,” said Jane Foley, senior FX strategist at Rabobank.

“If we were to get another rise in tensions between the U.S. and China and if we were to turn our attention to phase two [of the trade deal]… it’s very likely that we will see the renminbi falling again,” Rabobank’s Foley said, adding that the currency might face a low at the 7.18 level hit in September.

In Europe, sterling weakened further on Tuesday, hitting a seven-week low against the euro at 85.95 pence. EURGBP=D3

The currency is generally under pressure with traders focusing on uncertainty over what Britain’s trade relationship with the European Union will look like following its expected departure on Jan. 31. A transition period is due to finish at the end of 2020.

The currency has also come under pressure this week from weak data releases, raising the chances of a cut to interest rates by the Bank of England. Money markets forecast an almost 50% probability of a cut at a meeting on Jan. 30.

Morning Briefing: Top stories from The Straits Times on Dec 12

Morning Briefing: Top stories from The Straits Times on Oct 12