Home » Australasia » As a Doctor, I Was Skeptical About the Covid Vaccine. Then I Reviewed the Science.

How one emergency department doctor shifted her views. 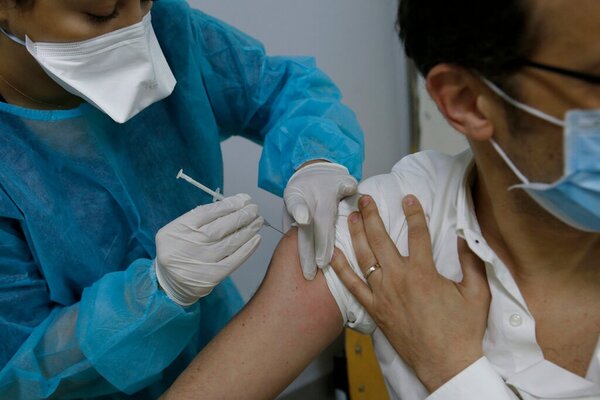 The Australia Letter is a weekly newsletter from our Australia bureau. Sign up to get it by email. This week’s issue is written by Amaali Lokuge, a doctor at the Royal Melbourne Hospital.

As the world records more than two and a half million deaths from the coronavirus and the United States celebrates over 50 million administered vaccines, here at the Royal Melbourne Hospital emergency department, as frontline workers, we scheduled ourselves for our first immunization this week. Australia has not recorded a coronavirus death for months now, and the little outbreaks we have peter out within days because of aggressive lockdowns and a compliant public. Given the low prevalence of disease, Australians have the luxury of choosing not to be vaccinated or to delay the vaccine until we are ready.

Until last week, I wasn’t sure I would get the vaccine. Some media reports highlight that mRNA vaccines have never been approved for use in humans outside clinical trials, making it seem like a new technology that has not been tested before. The vaccines were developed at such speed, I couldn’t be sure that major side effects hadn’t been overlooked. I worried about autoimmunity caused by expressing the coronavirus spike proteins on my own cells.

Skepticism runs deep in Australia, and anti-vaccine protests have popped up in many of our cities. Outside this vocal minority — which seems to oppose immunization based on theoretical and ideological rather than scientific concerns — it is difficult to gauge the popular mood. I get the sense that Australians feel obligated to be vaccinated, but privately many of us have reservations.

Within the medical community, the misinformation that pervades the anti-vaccination movement makes it difficult to voice genuine concerns. Doing so attracts gentle ridicule from my colleagues — to them, I sound as though I have let go of my medical education.

Every day in the emergency department, patients walk away from essential care against medical advice, and we watch them go with a shake of our heads and a rueful smile. Just like them, isolated with my doubts, I was ready to exercise my right to free will and refuse the vaccine. When my non-medical friends asked me about it, I was torn between telling them my concerns and playacting the doctor who recommends the latest proven therapy.

The few to whom I revealed my worries looked at me in bewilderment: If a doctor didn’t trust the vaccine, how were they supposed to? It felt like a betrayal.

The Eerie Familiarity of a Melbourne Lockdown

The spy who helped mastermind the Sydney Opera House

The swimming scandal that has embarrassed Australia