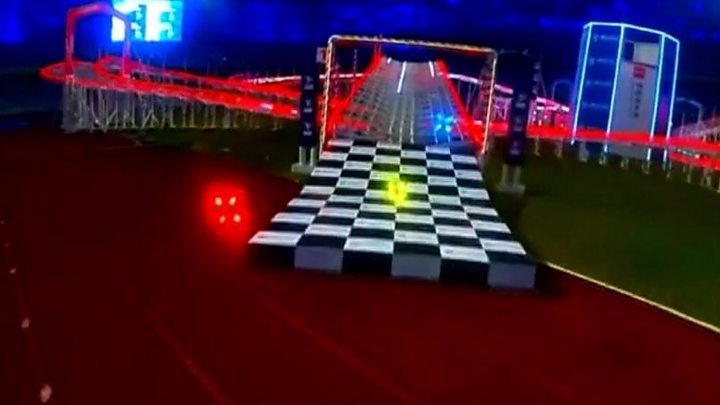 A 15-year-old Australian boy has been crowned overall champion at the FAI Drone Racing World Championships.

Rudi Browning beat more than 120 competitors at the event run by the World Air Sports Federation (FAI) in Shenzhen, China.

His success also helped the Australian team win the group title ahead of Sweden and South Korea.

In drone racing, participants steer crafts at high speed around a race course with obstacles.

Pilots control the drones through special headgear connected to their craft’s cameras.

Mr Browning beat three other pilots in a final on Sunday to win the gold medal for overall champion. He also received a $24,000 (£18,000) cash prize.

“I’m still shaking actually. I have had a lot of ups and downs in races, like everyone, and this is definitely one massive high,” he said after the race, according to a statement from the FAI.

The overall championship was contested by 128 people, and included both men and women.

Wanraya Wannapong was one of 13 female contestants in the competition and had been coached by her father.

“I fly every day, and all day when I am not at school,” Miss Wannapong said in a statement.

Drone racing is a one of the world’s fastest growing sports, says the FAI. There are a number of different competitions staged around the world.

Why a supermarket is locking up baby milk