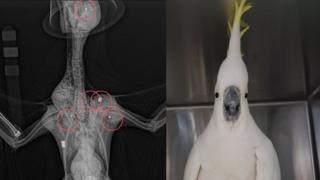 A cockatoo is being nursed back to health in Australia after being shot five times with air guns.

Mr Cocky, a sulphur-crested cockatoo, was found by a member of the public in the city of Sydney last month and taken to the local Avian Reptile and Exotic Pet Hospital.

The hospital says one pellet lodged millimetres from its left eye.

Some of the projectiles have been removed and Mr Cocky is receiving physiotherapy to help fly again.

The cockatoo was brought in by a member of the public who had reportedly found it in their backyard.

X-ray scans revealed three other pellets in its chest and one in its shoulder. It was shot with two different air rifles, the hospital says. 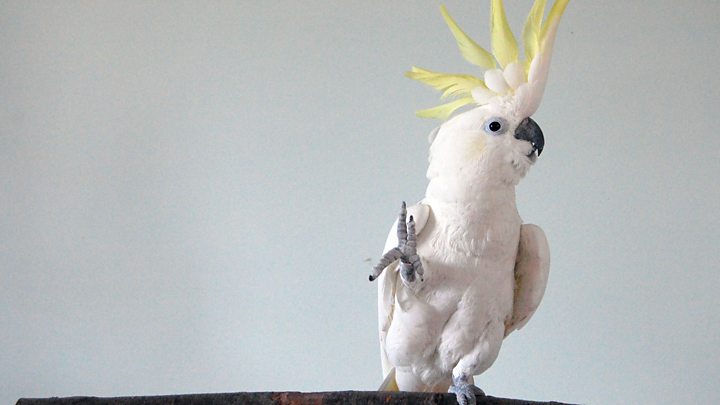 The motive for the attack is unclear, and the hospital is unsure if the person who handed in Mr Cocky had anything to do with his injuries.

“How can you even think about shooting an animal that is just sitting there?” Dr Crosta told ABC. “I think it’s very unfair.”

Despite the bird’s extensive injuries, the hospital decided to keep some of the pellets in place since there was no trauma to Mr Cock’s vital organs.