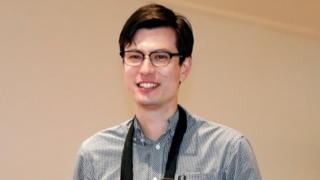 Australian student Alek Sigley has thanked supporters and said he wants to return to “normal life” after being released from detention in North Korea.

Mr Sigley had been living in Pyongyang while studying and running a business.

In his first detailed statement since his release, Mr Sigley did not shed light on why he had been detained.

“I just want everyone to know I am OK, and to thank them for their concern for my wellbeing and their support for my family over the past week,” he said.

“I’m very happy to be back with my wife, Yuka, and to have spoken with my family in Perth (Australia) to reassure them I’m well.”

He added that he was grateful in particular to Swedish diplomat Kent Rolf Magnus Harstedt and Australian officials for their help in securing his release.

Australia does not have its own embassy in the North Korean capital so it called on Sweden to act as an intermediary on its behalf.

It is not known why the student, a fluent Korean speaker, had been detained. On Friday, Mr Sigley said he would not comment further.

The news of his release was first reported by specialist website NK News which said he was safely in China and would travel on to Japan. 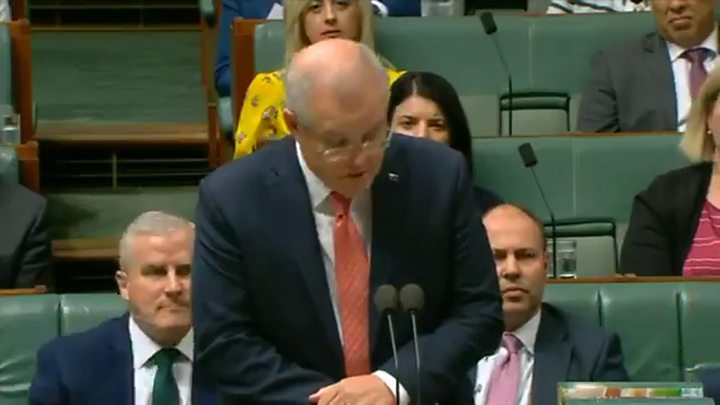 News of Mr Sigley’s release was announced by Mr Morrison to parliament on Thursday. He said it was the result of “discreet, behind the scenes work of officials in resolving complex and sensitive consular cases”.

“We are pleased to announce that Mr Alek Sigley has today been released from detention in the Democratic People’s Republic of Korea (DPRK). He is safe and well.” Mr Morrison said. He also thanked Sweden.

Mr Sigley’s family has said they are “over the moon that he is safe and sound”.

Who is Alek Sigley?

Mr Sigley was one of very few foreigners living in North Korea.

Originally from Perth, for the past year he had been pursuing a degree in Korean literature at Kim Il-sung University.

In March, he described himself as “the only Australian living in North Korea” in a piece published by The Guardian.

Last week, his family and friends lost contact with him, sparking fears he might have been detained.

Several foreigners have previously been detained in North Korea, sometimes for illegally entering the country or for what Pyongyang terms “hostile criminal acts against the state”.

US student Otto Warmbier was jailed in North Korea in 2016 after being accused of stealing a propaganda sign during an organised tour.

He spent 17 months in detention, and later died days after he was returned to the US in a coma.

What does it take to break a drought?