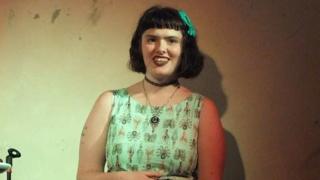 A man who raped and killed Australian comedian Eurydice Dixon as she walked home at night has been jailed for life.

Jaymes Todd, 20, pleaded guilty last year to the violent attack on the 22-year-old woman, in a case which sparked widespread anger.

On Monday, a judge described his crimes as “totally and categorically evil”.

Todd had stalked his victim for over an hour before attacking her in a central Melbourne park last June.

“You waited until Eurydice was well into the dark reaches of Princes Park,” Justice Stephen Kaye said in the Supreme Court of Victoria.

Ms Dixon had been walking home after performing a late-night show at a city club.

Todd first spotted her at a central railway station before following her through the city’s streets, prosecutors said.

The court heard he had entertained fantasies of violent sexual encounters and killings in the year prior to the attack.

Although not widely known, she was remembered as a talented comedian at the start of her career.

Her death prompted an outpouring of public grief and renewed debate in Australia about safety for women.

Australia’s human rights commission has said that the country has “a disturbingly high rate of violence against women”.

According to government figures, one in five women, and one in 20 men, have experienced sexual violence or threats since the age of 15.

Todd will be eligible for parole after 35 years.