MELBOURNE, Australia — Australia’s defense minister on Friday settled a defamation complaint and agreed to pay damages to a former aide whom she called a “lying cow” after the woman reported being raped in the Parliament building.

The minister, Linda Reynolds, retracted the remark made in private after lawyers for the former aide, Brittany Higgins, sent a letter last week to Ms. Reynolds demanding a public apology for the “demeaning and belittling” comment. The letter described the remark as “defamatory of our client’s good character and unblemished reputation,” according to local news reports.

Last week, Ms. Reynolds issued a formal apology, saying she had never questioned Ms. Higgins’s account. On Friday, in a short public statement, the minister retracted the comment, which, she said, she had “never intended” to make public.

“I did not mean it in the sense that it has been understood,” Ms. Reynolds said.

It was not immediately clear now much Ms. Reynolds agreed to pay in damages. In a text message, the minister’s office declined to reveal the amount. Ms. Higgins did not immediately respond to calls or text messages seeking clarification. But she said in a statement that damages beyond the cost of her legal fees would be donated to a charity supporting sexual assault survivors.

Ms. Higgins said last month that she had been assaulted by a co-worker in the minister’s office two years ago, while she was working as a media adviser for Ms. Reynolds. Ms. Higgins said that after she told the minister and other staff members what had happened, she was made to feel that she would lose her job if she reported it to the police and felt unsupported by Ms. Reynolds. Ms. Higgins has since made a formal complaint to the Australian police.

She also said that days after she was assaulted, she had been questioned by Ms. Reynolds in the same room.

Last week, news.com.au reported that the defense minister had referred to Ms. Higgins as a “lying cow” to staff members in her office after Ms. Higgins came forward. Some staff members raised concerns at the time, and Ms. Reynolds had apologized to them, saying it was a “stressful time,” according to news.com.au.

Ms. Higgins said that Ms. Reynolds’s language about her was “further evidence of the toxic workplace culture that occurs behind closed doors in Parliament House.”

In response to the retraction on Friday, Ms. Higgins said in her statement: “I am pleased that the Minister has now withdrawn her comments and I accept her apology to me.” She added, “This has been an immensely challenging period for me and I wish to reiterate that the only reason I have chosen to come forward is to help others.”

The Australian government has come under stinging criticism as it has struggled to respond to Ms. Higgins’s case and a rape claim dating back decades that was leveled against the nation’s attorney general.

In the days after Ms. Higgins went public, three other women came forward, telling local news outlets they had been sexually assaulted by the same man whom Ms. Higgins accused of attacking her. 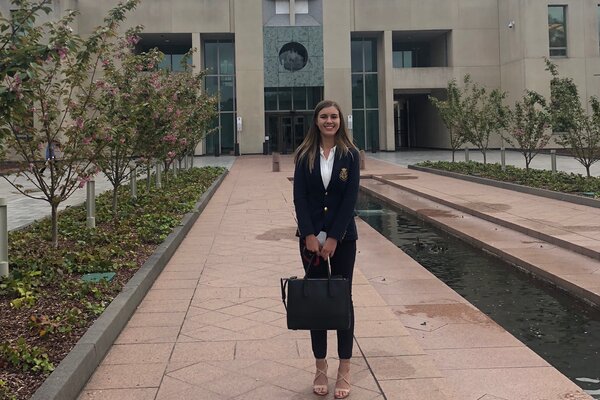 The World in a Vise: Sounding the Alarm on China, Then Running for Shelter