This week, it was reported that travel restrictions to and from Australia are likely to remain in place until mid-2022. For some, this won’t matter much at all — many Australians are far more grateful for the safety of our isolation than worried about the inability to travel or have overseas visitors. For others, travel has been an integral way of life, and this news comes as a disappointment and inconvenience. And then there are the thousands and thousands of people who are cut off from loved ones in a way that feels earth-shattering.

My family situation puts me somewhere in between those last two categories. My mother lives in Los Angeles; her only grandchild and all of her four children live here in Melbourne.

My husband, who is American, moved to Australia in 2017 with a promise to his parents — who are now in their 70s and 80s — that he would visit regularly and come home immediately if there was a need. Those promises have been broken.

The Australian government is allowing travel exemptions for some family members under some circumstances, but parents and grandparents are generally not eligible for those exemptions. My son was turning 16 the last time he saw any of his grandparents — by the time he sees them next, he will be almost 19 (at best). An adult. These are years no one can get back.

My situation is one of the least complicated and least upsetting among the many friends and family I have here who are dealing with similar circumstances. People are missing births, deaths and illnesses, putting off marriages, dealing with isolation that feels extreme.

Is it worth it, to keep Australians safe from Covid-19? Most people would probably answer “yes.” But the question is nowhere near that simple. Our vaccination rollout lags far behind other countries. Our hotel quarantine system cannot handle the number of travelers that are technically allowed, and many Australian citizens are still stranded abroad.

For my mother, who is now fully vaccinated, this week’s news is devastating. We had been looking forward to a visit this October, a month that was mentioned by Prime Minister Scott Morrison as a possible time frame for the resumption of international travel. After years of not seeing her children or grandchildren, she had been desperately hoping that she could get to us by the end of this year. That hope now seems futile.

What’s your take on Australia’s travel ban? Has it greatly impacted your life? Let us know at [email protected]

Now on to this week’s stories: 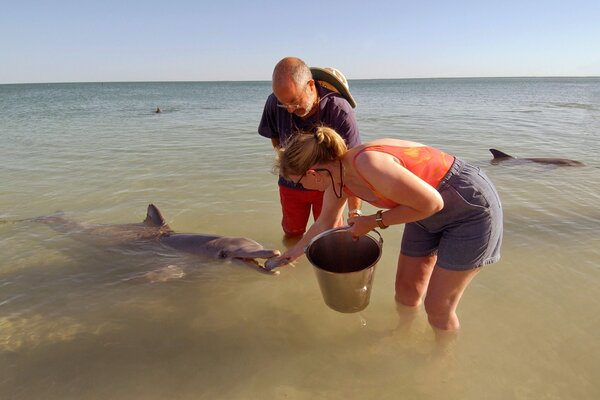 The Price They Pay for Your Perfect Vacation Photo. Scientists are concerned about unregulated feeding of ocean wildlife by tour operators.

Australian Company Loses Ugg Trademark Battle. The case hit a nerve for Australians, who consider the footwear a national, if unfashionable, symbol. But the brand’s owner in the United States had mounted a legal challenge against the idea that “ugg” is a generic term.

Anita Lane, Rocker Who Was More Than a Muse, Is Dead at 61. Ms. Lane was Nick Cave’s collaborator and girlfriend during his formative period and helped define his sound. She also made records of her own.

This Moth Is Huge in Australia. A giant wood moth, the heaviest of all known moths, appeared on the side of a school building in Queensland, Australia, enthralling students who are used to diverse wildlife.

Israel Ground Forces Shell Gaza as Fighting Intensifies. The surge in fighting left Israel in an unprecedented position — fighting Palestinian militants on its southern flank as it sought to head off its worst civil unrest in decades.

It’s a Home in Brooklyn. What Could It Cost? $100,000? Shaun Donovan and Raymond J. McGuire, candidates for mayor of New York, were way, way off when asked to estimate the median home price in the borough.

Vaccinated Americans May Go Without Masks in Most Places, Federal Officials Say. Fully vaccinated people do not have to wear masks or maintain social distance indoors or outdoors, with some exceptions, the C.D.C. advised.

‘I Feel Like I’m Just Drowning’: Sophomore Year in a Pandemic. A group of high school students try desperately to make it through an isolated and dire year.

Extraterrestrial Plutonium Atoms Turn Up on Ocean Bottom. The rare form of the element found on the Pacific seabed points to its violent birth in colliding stars.

Stories We’re Watching Across the Indo-Pacific

Australia’s 50 years without an execution