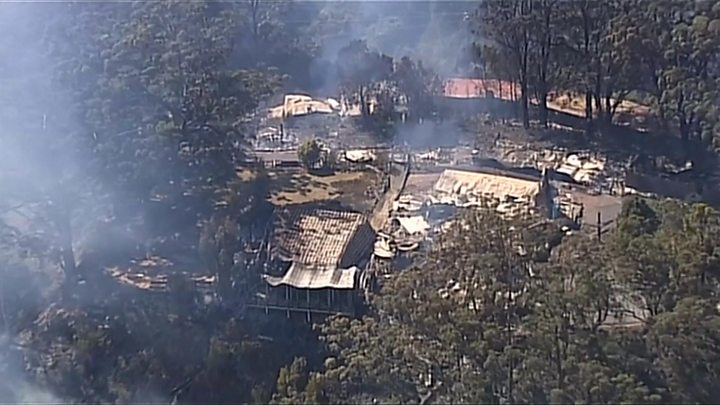 More than 100 bushfires across two Australian states are raging in hot and windy conditions that officials warn are unprecedented this early in spring.

In Queensland more than 50 fires were burning on Sunday. Forecasters say there is no sign of an end to strong winds that have fanned the flames.

An official said the conditions were an “omen” for what may come in the summer.

“We’ve never seen this before in recorded history, fire weather has never been as severe this early in spring,” said Andrew Sturgess, an inspector with Queensland emergency services.

At least 20 properties are known to have been destroyed. No-one has died although a volunteer firefighter in northern New South Wales is in a critical condition after suffering serious burns on Friday.

A historic lodge in Queensland’s Lamington National Park was badly damaged early on Sunday by an out-of-control bushfire.

Local Mayor Greg Christensen said damage to the Binna Burra Lodge, built in the 1930s, was “quite extreme”.

The east coast of Australia has endured two years of below average rainfall creating drought conditions in some areas.